Why Calvary is so much higher than Everest. 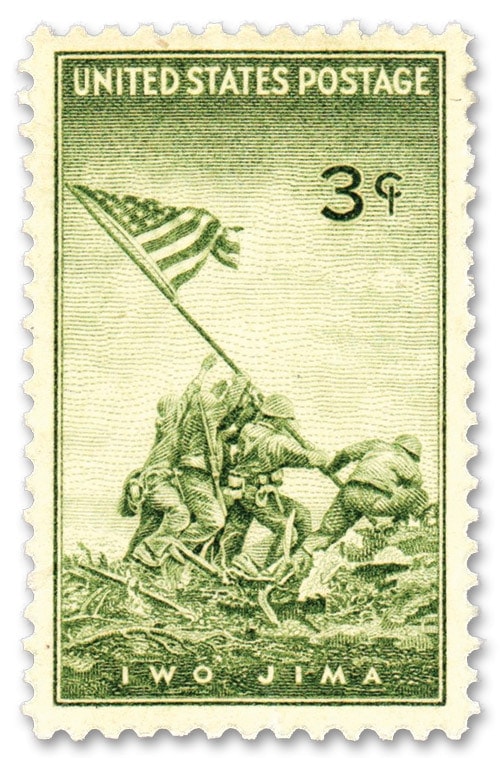 Tenzing Norgay, called a Sherpa because of his eastern Nepalese ethnic origins, was the world’s most experienced Everest mountaineer. A British expedition paired him with New Zealander Edmund Hillary for an attempt at reaching the mountain’s summit in 1953. On May 29 they stood on Everest’s summit together for 15 minutes: 29,035 feet—more than five miles—above sea level.

Men had died before, attempting what they accomplished that day. But now they believed that fascination with Everest’s conquest would fade away: “Both Tenzing and I thought that once we’d climbed the mountain, it was unlikely anyone would ever make another attempt.”1 Unintentionally for him, no doubt, Hillary’s words could be heard to imply that conquering Everest was, perhaps, just whimsical idea.

He and Norgay were greatly mistaken about Everest’s subsequent history. They would be stunned to hear that today, on Himalayan steeps, “death and rescue operations on the 8000ers [peaks like Everest, more than 8,000 meters (26,246.72 feet) high] have spiraled out of control.”2 One mountainous irony of Everest more than 60 years later is the overcrowding on its slopes: “Celebrities trying their luck, a hedge fund manager renting out an entire guiding team and a 16- and 79-year old aiming to defy the physiologic limitations of maturation and age.”3

Besides the striving gamblers, billionaires, and fantasts fallen bodies complicate physical movement in the high snows and deepen the ethical anguish in survivors’ souls: 11 would-be summiteers recently died among the mountain’s outcrops and crevices within 16 days.4 Climbers struggle inwardly with stepping over corpses lying where they faltered on the rocks that dashed to death their unrelenting dreams, where summit seduction became their fatal elixir. Mastering Everest did not end for all the world just because two men could prove that they had done it. Mastering mountains, literal or metaphorical, can be complicated, highly personal, tragic, and, upon occasion, photoshopped.

Sometimes the only success possible is vicarious. Less than 3 percent of high school footballers will get to show their game in NCAA Division I.5 For basketball it’s 1 percent: we simply cannot all be there to sink the three-pointer from way beyond the arc as the clock runs out and every blood-pumping loyalist heart in the home stadium virtually explodes with ecstasy because we—yes, we—have won.

We won’t all get to run, shoot, and score on the basketball floor; or breast the tape; or finish boot camp and swear to “obey the orders of the President of the United States.”6 But when Usain Bolt finishes first, all Jamaicans are champions; when Seth Curry’s shot settles the score, all citizenry of the Bay Area are winning Warriors. If Curry fails, and Kawhi Leonard succeeds, then it’s ecstatic cries of “We did it!” bursting out from fans in Toronto, Canada, more than 2,600 miles to the east from Oakland, California, where the action has taken place.7

Norman Rockwell’s “Rosie” cover on the Saturday Evening Post of Memorial Day, May 29, 1943, offers millions of American women an artistic reminder of their contribution to America’s effort against global tyranny; and Joe Rosenthal’s iconic photograph from Iwo Jima8 serves as historical testimony for U.S. marines—and scores of millions of proud Americans besides—of American soldiers’ undaunted courage that helped to save the world from fascist supremacist ideologies. I know of no dismissive-sounding statement about winning World War II that equates to Hillary’s concerning his conquest of Everest. But even the Allies in World War II did not touch humanity’s ultimate summit. We still need much courage: there are yet many summits ahead.

Haleigh Morgus, a high school junior making the honor roll while invested in sports and multiple civic activities, is her own courageous mountaineer and war winner. Commenting on reaching summits, she says: “The extra effort is going to be totally worth it in the end, no matter how tough the climb.”9 Morgus is clearly committed, but is she correct?

A more searing question may echo Hillary and Tenzing: could Morgus ever have been more mistaken? Sure, she may point to her own success: moving on to an NCAA Division I school—Loyola, Maryland—to make outstanding contributions for Loyola Greyhounds tennis. But like the fallen bodies on Everest’s rocks, hundreds of thousands of her fellow students, wide-eyed with hope, stumble and fall every year along the path that Morgus so confidently negotiated in pursuit of fantasies of fame and the wealth it brings. A measly 1.9 percent of male high school athletes and 2.1 percent of their female counterparts (overall, 143,000/4,300,000-plus)10 can expect to progress from high school stardom to the fields that Morgus and a paltry few others like her occupy with distinction. The globe overflows with treacherous terrain, some elevated, some apparently unremarkable, where men and women, youth, children, and others of long maturity have tripped and failed after toiling forever up some hill to experience the enthralling view at the top: after all, didn’t someone say that no matter what, the cost would be worth the climb!

Hillary, Norgay, and Morgus are not odd for investing personal effort and striving for the mastery (see 1 Cor. 9:25). American women (grandmothers, aunts, and sisters), American men (fathers, sons, and brothers), joined—by blood, nationality, and desperate hope, or other—to U.S. marines on Mount Suribachi, are not in the least misguided at identifying with their sons and soul brother heroes who raised a flag for them. Nor are screaming Torontonians more than 2,600 miles from Oakland, California, to be thought either odd or even flawed because they can rejoice in triumph attained on their behalf. The validity of vicarious success, the reasonability of representative democracy, the effectiveness of substitutionary atonement, are not determined by the distance between an American and a Canadian city; or diminished by the absurdity that Suribachi, 554 feet (169 meters) high, is called a mountain; or the fact that its island, Iwo Jima, barely eight square miles in all, was for a while seen as a site of such definitive strategic significance during World War II.

The courageous service of those who have died in our place must never be minimized: civil America, north and south, audience of Abraham Lincoln’s immortal Gettysburg address, may never, responsibly, dismiss the freedom “for which [dead soldiers] gave the last full measure of devotion”; or flippantly mock the sacrifice of citizen Americans who “gave their lives that that nation might live.”11

Hillary’s implication—likely unintended—was that for him and Norgay, Everest’s summit was, as much as anything, a curiosity less compelling once discovered. Its sacrifices do not match the moral import of Gettysburg or Iwo Jima. Yet we profit the most from Lincoln’s language when it translates us to another place where an infinite sacrifice saves us from all that civil wars cannot. In Lincoln’s words, Gettysburg’s investment of blood was so that one nation, formed by its fathers “four score and seven years” before, might survive and know “a new birth of freedom.”12 The cosmic sacrifice we think of when triggered by his words on giving life that others might live, involves a mountain named Calvary.

There the many do not die for the preservation of one nation. Rather, the one gives Himself for the transgression of many (Rom. 5:15); His righteousness for the justification of life to all humanity (verse 18); His obedience for the disobedience that blighted all humanity through ancestral Adam (verse 19). Conscientious humans everywhere face personal spiritual mountains that loom much larger than any Mount Everest. We need a victory that transcends Everest for height and Gettysburg or Suribachi for personal spiritual implication. Mount Calvary alone guarantees such victory over the treacherous, snowy peaks of sin “through our Lord Jesus Christ” (1 Cor. 15:57). He who is the way to the summit commits to living out His victory in us if we would will to cooperate (John 14:6; Gal. 2:20; Isa. 1:19). He knows how I can conquer personal vices that persist long after the world has declared victory over ugly international ideologies; He has the speed and energy to help me breast the tape in a victory that assures me of much more than a corruptible crown (1 Cor. 9:24-27).

The one who, in our stead, climbs Mount Calvary is adequate to all our circumstances. Calvary matters on every level conceivable: humans are lost, and Jesus, the Son of man, comes to seek and save us (Luke 19:10); we are accused as guilty of violation of the law of life, God’s moral law, and are incapable of exonerating ourselves; found guilty, we are doomed to eternal death, but instead God gives us Jesus and eternal life (Rom. 6:23); we are chattel in the marketplace being sold for whatever Satan, our unscrupulous slave owner, can get for us, and Jesus purchases us at an astonishing price: “it was not with perishable things such as silver or gold that [we] were redeemed . . . , but with the precious blood of Christ, a lamb without blemish or defect” (1 Peter 1:18, 19; see also 1 Cor. 6:20; 7:23). 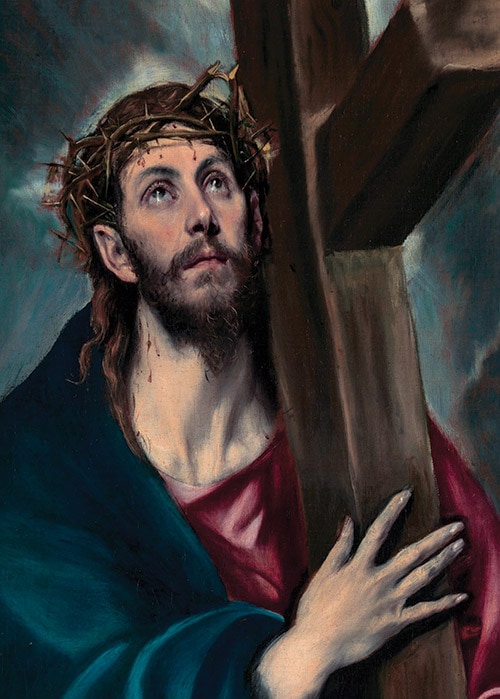 No metaphor of human language ever fully communicates the truth of God, in particular the miracle of His saving love; and the redemption metaphor can be especially difficult. Standard redemption involves a business transaction: someone pays to get back, i.e., redeem, property they want, or are obliged by law, as in ancient Israel  (see Lev. 25:23ff.), to rescue from the marketplace. In the case of prophet Hosea, the cost of repurchasing his wife, Gomer, was 15 pieces of silver and one and a half homers of barley (Hosea 3:2).

But the Bible’s free use of the redemption metaphor as one way of describing our salvation does not signify any enrichment for Satan in the transaction by which Jesus pays for our redemption. Satan’s argument for the guilt of high priest Joshua brings the devil no gain. His arguments for integrity (Job 1; 2; Zech. 3:1-5) are sheer hypocrisy, spiritual reality’s ultimate fake news. It is God’s own broken law, not some satanic scheme, that brings Jesus to Mount Calvary. That broken law “demanded the life of the sinner,”13 and only Jesus could pay that price without God’s creation of life on Earth becoming a total shambles, for the justice that demanded the sinner’s life meant oblivion for the sinner. Everything God set up here on Creation week would go to nothing.

But from eternity past, life’s Author had devised a means for satisfying His law’s demand that, rather than death, guaranteed abundant living to all the guilty who would respect Heaven’s genius (John 10:10). “Justice” in that program “demanded the humiliation of the Lawgiver Himself.” To make it work, “God humbled Himself in the humiliation of His only begotten Son and became obedient unto death, even the death of the Cross.” By this means, “He restored holiness to the law of God’s kingdom, dignity to the divine government; and by bearing in His own body the curse of sin, He placed happiness and immortality within the reach of all.”14 Such is the miracle of Mount Calvary, highest summit of all.

Mount Calvary works on every level possible because Jesus is our omnicompetent substitute. An incompetent sub would fail at the required task. But no question need arise about the competence of one who “is able to do exceeding abundantly above all that we ask or think” (Eph. 3:20, KJV).

The single limitation on Jesus’ success is our acquiescence. Shall we balk at being blessed by one who is able? How will He lift us above every Everest to the heights of glory if we resist? Shall we not ascend with Him to Calvary’s pinnacle, and from that height joyfully flail the flags He gives us to display on behalf of the truth (Ps. 60:4), the wondrous, glorious truth that Jesus saves!

Letters
Inbox
A Path to Trusting God | The Junk Collector | Turning the World Right Side Up | From a Longtime Reader | Wrestling With Prayer
Feature
Looking Back To 2022
Can you see God at work in this world?