Enoch Was a Daddy, Too

Perhaps he found walking with God easier because he knew what it was like to be a parent. 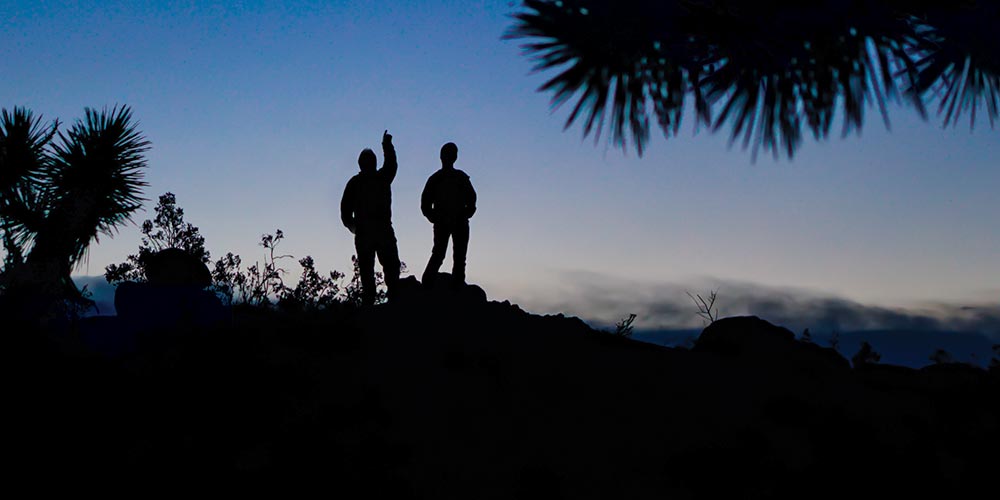 Enoch Was Many Things

Because so many people remember him for so many other things.

To begin with, Enoch was just plain good: not conceited, just a person of “elevated and ennobled” character.1 No scandals haunting his teenaged past; no smutty gossip whispering around his dignified, grownup head. Scandals and gossip, no. Furrowed brows, yes, because some people did worry about him—people who cared deeply about him and couldn’t always understand his behavior; people who cared not one whit about him and could never understand his behavior; people who just cared about sanity and balance in general, and definitely understood his behavior.

The last group, society’s esteemed experts, could point out Enoch’s abnormalities by name; they had them described in multiple paragraphs of their Diagnostic and Statistical Manual of Antediluvian Disorders. They worried because they could definitively identify and confidently explain the syndrome whose elements manifested themselves in Enoch’s oddities—his going off alone like a hermit. His claim, unquestionably misconceived, that his walks were anything but lonely. Specific, observable traits associated with those walks, including how different he seemed to be when he returned from them. Concerned friend, clinical scientist, and cynical foe together conceded that upon his return it did seem, overall, as if he had recently shared quite affirming collegiality.

It was the extra optimism in his cheery step (“flighty,” said the clinicians), or the quiet pregnancy of his otherworldly countenance (“stupid and bemused,” said the cynics); or even, beyond his step or smile, the “sweet joyful sense of [some special] presence,”2 (“intense delusions of grandeur,” the analysts explained). At minimum, Enoch was singular: he walked with invisible company. Cynics notwithstanding, the truth is that “in the midst of a life of active labor, Enoch steadfastly maintained his communion with God.”3

More, Enoch was courageous—decidedly so: he took up, focused on, and determinedly pursued topics that made other people uncomfortable. In his youth his mom had talked to him about pragmatics: yes, his ideas were admirable; but pushing his beliefs so awkwardly was no proof of holiness. He needed to develop tact and discretion so that his idealistic interventions would also be graceful, not gauche. He needed more self-restraint; less impulsiveness. And if he would “let patience have her perfect work,” she quoted from Scripture (James 1:4, KJV), he’d become a wonderful missionary, though he wasn’t ready yet.

Son Enoch despaired much more about everybody’s need for God than he ever did about his gaucherie. And even maturity never made him tactful enough to satisfy the neighborhood’s important people. Looking back, he thanked God for his mom’s loving advice, and also thanked Him for courage to speak up even when he was diagnosed as socially insensitive and/or maladjusted.

Good, weird, and brave is not all Enoch was. He was smart, “a man of extensive knowledge.”4 He was a prophet too: thousands of years after he’d disappeared, people remembered him predicting that the Lord would someday descend to earth “to judge everyone, and to convict all of them of all the ungodly acts they have committed in their ungodliness, and of all the defiant words ungodly sinners have spoken against him” (Jude 15). Thousands of years later (1872) Jesse E. Strout would echo his inspiration: “Lift up the trumpet and loud let it ring: Jesus is coming again!”

So Enoch was many important things: a meek, confident, testifier for God, oblivious to mockery even when one retort to his passionate testimonies about being saved became a standard refrain among society’s mockers: “We always knew you were lost!” It grieved him that so many gifted people let selfish indulgence destroy them. For him, helping others was the rule—particularly where the need was greatest.

Nevertheless, when he spoke of specific experiences that impacted his life the most, he always talked about was being a daddy. It meant a great deal to him. Biographical literature on Enoch’s epoch was almost exclusively about men, and paid attention to a series of six considerations: (1) a man’s age at the birth of his first son; (2) the son’s name; (3) the total remaining years of each father’s life; (4) reference to other offspring; (5) the father’s total years of life; and (6) a coda: “and he died.”

Enoch’s biography is longer than all of the six before it except for the first, Adam’s. Not that Adam’s has more information about age, children, or other details such as career highlights, social conditions, memorable weather events, or social happenings during his life. Adam’s is longer only because we treat the general introduction to biographies as part of his story. That general introduction is about humanity being created male and female in God’s likeness and invested with His blessing, facts that actually apply to everyone equally. So in a sense we measure the length of Adam’s Genesis 5 biography incorrectly.

That being said, when we get to Enoch’s story we find both similar and arrestingly different points highlighted. Like everybody else, he lives for a stated period (65 years—element number 1) and becomes a dad (Methuselah—element number 2). But from the point when he becomes a dad, Enoch’s story is different. The historian is led to make a comment not made on anyone’s life before: “Enoch walked with God three hundred years after he became the father of Methuselah” (verse 21, NASB).5 The impact of Enoch’s personal involvement in Methuselah’s birth and development made the rest of his story different from all the others. It still contains elements common to other biographies, because Enoch is still a man among men.

But it is also different, because though a man among men, Enoch’s becoming a dad made him, more than ever before, a man who walked with God: going off on walks with company nobody saw; growing ever nobler in character; possessed completely by holy joy as he returned from those mysterious walks. The discretion his mom predicted was on full display as he shared his faith with all and sundry: faith in God’s goodness; in His yearning to fill His children’s lives with meaning as they acknowledged Him as life’s loving giver; faith in the blessings that come from knowing you’re blessed; being grateful and ascribing praise and honor to life’s unique Author.

Enoch’s prophetic voice rang more true than ever as he drew closer to God more than ever. He even gave his son a prophetic name, much like his heavenly Father would later do with His only-begotten Son: Jesus—“Saviour”; Immanuel—“God with us” (see Matt. 1:21; Isa. 7:14). Enoch’s son’s name meant that at his death waters would be sent out. It was a prediction of the coming flood of judgment. And living alongside his own flesh-and-blood prophecy—teaching, shaping, mentoring, fathering a divinely inspired prediction—gave grave authority to the sermons and counsel of this holy, humble man; in his company men and women felt a quiet urgency calling them to God even when he said nothing. Yes, Enoch’s witness was strong even when his voice was silent.

Fathering kept Enoch growing in grace. “After the birth of his first son, Enoch reached a higher experience; he was drawn into a closer relationship with God. He realized more fully his own obligations and responsibility as a son of God. And as he saw the child’s love for its father, its simple trust in his protection; as he felt the deep, yearning tenderness of his own heart for that firstborn son, he learned a precious lesson of the wonderful love of God to men in the gift of His Son, and the confidence which the children of God may repose in their heavenly Father.”6

Enoch was a daddy who learned much more about his own ultimate Dad, the Father of us all, when he became a daddy. He learned about his heavenly Father through his own experiences fathering a son. He learned so much, and it matured him so much, and it sanctified him so much, that at last his heavenly Father chose to keep son Enoch alive and take him to Himself in eternity: and that’s where he is now, inhabiting eternity with his heavenly Father (Isa. 57:15), and looking forward to being reunited forever with his own son and the rest of his earthly family. It’s a future we can all look forward to sharing because of our Father’s gift of another Son to guarantee us that astonishing future.

One more thing about Enoch: reading about him today helps us see how much our Father values the Enoch example, for it represents “what the lives and characters of all must be, if, like Enoch, they are subjects to be translated when Christ shall come.”7 In fact, with God, producing Enochs has never stopped: Daniel and his friends “walked with God as did Enoch.”8

And closer to home, you may already have met some sweet saint your soul tells you is ready, ready to go where Enoch went; for “there are Enochs in this our day.”9