“Whatever floats your boat” is not a biblical concept. 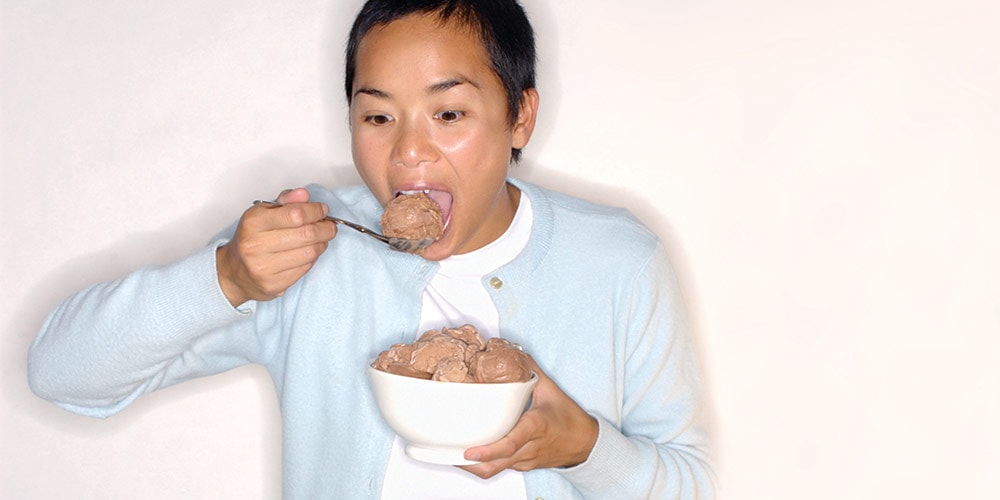 A very useful expression has recently taken social media by storm. “Don’t judge me” is a wonderful hashtag for that picture of you with a tub of ice cream and a spoon. This expression seems to hold the power to elicit approval over any action, because anyone who posts or comments anything other than absolute support will be judging.

Many recent surveys show that Millennials are more likely than the general population to reject organized Christian faith, and more than 60 percent point to Christianity as being too judgmental as one of the reasons for their exodus.1 Judging and judgment seem to touch a raw nerve.

Perhaps part of the popularity of the expression “Don’t judge me” is the unspoken meanings that come along with it. It’s a good stand-in for a whole array of painful expressions: “Please don’t think less of me”; “Don’t think that I’m a bad person”; “Please accept me”; “Please love me.”

Is it even possible?

Just imagine our world without any judgment. Everyone could be free to do what they wanted to. We could wear whatever we wanted, wherever we wanted, without raising any eyebrows. We could eat and drink whatever we wanted, and wouldn’t have to feel guilty about our Starbucks cup in certain company. Most important, we would feel confident everywhere we went, and could be certain that we would hear nothing but positive expressions coming our way. And, of course, we could sleep peacefully every night, and never have to worry about whether we are good enough. No fearsome thoughts of a final judgment would haunt us.

But even if we did manage to stay absolutely nonjudgmental and even support everyone’s efforts in everything, there would still be consequences. In other words, no matter all the likes and affirmative comments on social media, our tub of ice cream will still have calories.

And that’s where judgment comes in. We live by making decisions, i.e., judging. We have to make a judgment call each morning about what we’re going to wear. We make judgments about what we eat, what we listen to, when it is safe to cross the road.

While we are called to investigate and examine everything in our quest to find and apply truth, we are not called to condemn others.

Take, for instance, a recent social media campaign calling for an end to body shaming, which sounds really good, except that it may have made things worse for many on social media.

The campaign began with a beauty blogger photographed without makeup, revealing her acne and encouraging others to accept themselves, flaws and all. Under the hashtag #DontJudgeChallenge others then began posting photos or videos of themselves with drawn-on unibrows, acne, or other physical features that are often mocked. Then they wiped off their “flaws” to reveal their picture-perfect, beautifully made-up selves underneath. Instead of helping to end body shaming the campaign served to reinforce the notion that you have to be perfect to be loved, or at least to get some likes.2

The Bible has some fairly strong statements on judging. Jesus Himself said, “Judge not, that you be not judged. For with what judgment you judge, you will be judged; and with the measure you use, it will be measured back to you” (Matt. 7:1, 2).3

This injunction is pretty tough to follow. If we were to judge ourselves half as critically as we judge others the results wouldn’t be pretty. Much better not to judge at all, and let everyone do their own thing, right?

While it is absolutely true that we should not be critical or judgmental of others because we really don’t have the ability to make correct judgments on motive and circumstance, the Bible also encourages us, even commands us, to judge. “Do not judge according to appearance, but judge with righteous judgment” (John 7:24).

So how do we both judge and not judge?

Unlike current thinking in our present culture of moral relativism, we really do live in a world of absolutes. Just as there are physical laws that govern tangible processes around us and produce measurable results when broken (e.g., jumping out of an airplane without a parachute), so there is right and wrong, good and evil (jumping from a plane without a parachute is not a good thing).

In order to survive physically as well as spiritually we have to make informed judgments. We have to observe well and carefully our own motives, thought processes, and actions and make moral calls. We must never let cultural trends replace the authority of God’s Word for making judgment calls between right and wrong and forming moral opinions.

Ah, but there’s the challenge! While we are called to investigate and examine everything in our quest to find and apply truth, we are not called to condemn others. God is the only true judge, and only He can judge humanity (Rev. 20:12). So how does this relate to the “Don’t judge me” movement?

Salad in Your Teeth

Imagine that you are having dinner with your friend and you notice that your friend has some green salad stuck between her front teeth. What kind of friend would you be if you let her go off to her job interview like that? Would you be judging her if you told her about the salad?

It may be awkward, or even a little uncomfortable, to point out the salad, but if you really cared about her, you would take the risk. The relationship makes all the difference. You would not be pointing this out to make yourself look better, or to appease your own guilty conscience— you would be doing this only out of a desire for her happiness.

Only in the context of an unselfish love for others can we point out actions and behaviors that may well inhibit their eternal happiness.

Most often when someone says “Don’t judge me” their conscience is already at work, and they feel a sense of guilt and alienation that they are trying to drown out with a plea for affirmation.

Strangely enough, part of the good news of the “everlasting gospel” is that “the hour of His judgment has come” (Rev. 14:7). How can judgment be good news?

If we truly understand that the Judge is completely on our side, and we know that He was prepared to die rather than live without us, then we can face judgment without fear. While we are not trying to gloss over the enormity of our sin and guilt that separate us from a holy God, in faith we have claimed His gift.  We have died to the old sinful life and our lives are now “hidden with Christ in God” (Col. 3:3).

The final judgment, rather than exposing to all our pitiful state, will be the public affirmation that we are loved and accepted, no matter where we come from, no matter what our flaws and deficiencies, no matter the mess of unwise choices and destructive decisions.

When we are truly in love with our Ju
dge and Advocate, when we know what the verdict will be, rather than saying “Don’t judge me,” we will eagerly say, “Please, judge me.”

Chantal J. Klingbeil serves as an associate director of the Ellen G. White Estate at the General Conference. In her work she focuses on children, youth, and young adults.