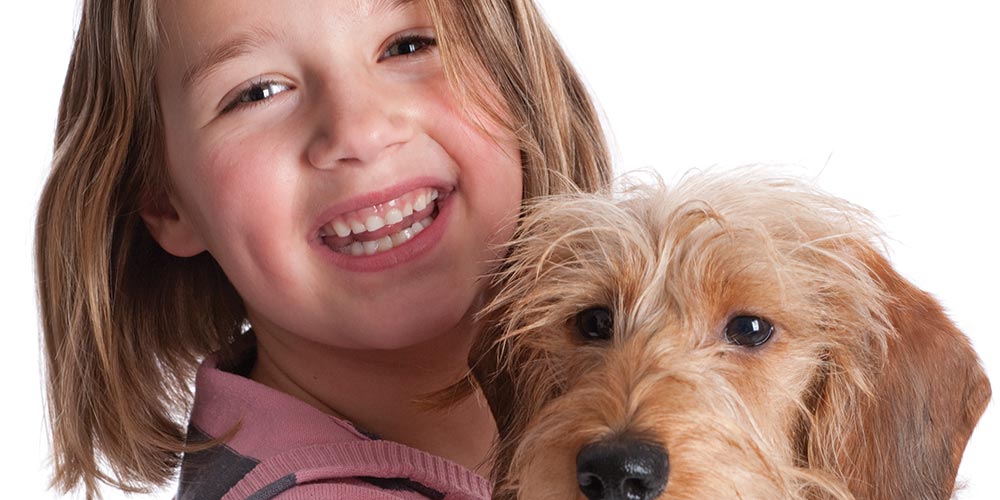 The question was from an 11-year-old. It came to me on Hope Channel’s Bible Helpdesk via Instagram, a page moderated by the young person’s mother: “I read the story of Noah, and how God saved two animals (male and female) from every type. When Jesus comes back, will He take animals to heaven too?”

I had to answer a difficult question, and I did the best I could.1 Truth can be trickier when the matter concerns someone or something close to you. Like your beloved pets. No wonder that best-selling animated movie of three decades ago declared “All dogs go to heaven.” Dogs have been called humans’ best friend. Many people love them. Yet some societies, including from Bible times, have had unflattering words for dogs. Consider this slap: “Blessed are those who wash their robes, that they may have the right to the tree of life and may go through the gates into the city. Outside are the dogs” (Rev. 22:14, 15); leading one writer to declare, “No dogs go to heaven.”2

How They See It Today

What more does society have to say about dogs? Rather unpleasant things sometimes. In 1992 prolific African American female writer Terry McMillan authored the novel Waiting to Exhale, later made into a movie that caused a public stir, especially among single men and women. Some viewers lamented McMillan’s negative characterization of men as consistently degrading, abusing, and eventually destroying women, all summarized in the derogatory metaphor of men as dogs. In response, McMillan maintained that her story had no such hostile intention, but merely reflected how her personal experiences with unfulfilling and sometimes explosive relationships inspired her writing.

One aggrieved male author reacted to McMillan’s work with a demand that the scales be balanced. His book response bore a title long enough to express his objection somewhat sarcastically to the metaphor grouping him with dogs: If All Men Are Dogs, Then Women Are Dog Groomers.3 These contentions over a metaphor only expound more perfectly on the paradoxical truth that dogs are both loved and hated among us, adored and despised, cherished and detested.

How the Ancients Saw It

Scripture passages such as Revelation 22:15—“Outside are the dogs”—bring biblical scholars into the conversation about dogs, obliging them to shed what light they may on our emotional dilemma so charged with moral implications. Despising an animal or cherishing it as a member of the family is an emotional thing, but identifying dogs as in company with sorcerers, whoremongers, murderers, idolaters, and liars, in contrast with righteous-robed saints eating from the tree of life, is a distinctly moral matter.

We are free to pick and choose our house pets. For love of our kids, our selections may depend on which animals they most favor even when the selection may be one that provokes allergic reactions in us—and even in the kids themselves. We take antihistamines to help our spasms of sneezing rather than deprive our precious child of a puppy. But when it comes to moral matters, we cannot conscientiously pick and choose our principles to live by or trample upon. So we seek a word from the Lord that may guide our understanding of His repudiation of dogs. Why does He leave the dogs outside His holy city?

The answer requires a class in culture for Westerners hard pressed to fathom the negative allusion to dogs. A glance at pet insurance plans shows savings of more than $11,000 for a dog’s gallbladder treatment—surgery, x-rays, hospitalization, and medications—if we take the correct insurance plan.

We need to be open to hearing new things that the Spirit may be saying.

By contrast, the Eastern world of Jesus’ time would not likely understand about canine health insurance plans. Egypt’s god-dog Anubis was not the norm. The norm was hungry and feral dogs wandering through both urban and rural territory scavenging on dead bodies and other offal. Ahijah sends King Jeroboam’s wife home to inform her husband: “Dogs will eat those belonging to Jeroboam who die in the city” (1 Kings 14:11); and Jehu ben Hanani delivers a similar message to Baasha, who discharges God’s assignment to wipe out the house of Jeroboam, only to follow the same idolatrous practices of his predecessor. So “dogs will eat those belonging to Baasha who die in the city” (1 Kings 16:4).4

“Dog” is what you called your enemy (Ps. 22:16, 20); if you felt treated with disrespect, you asked people if they thought you’re a dog—Goliath to David (1 Sam. 17:43); Hazael to Elisha (2 Kings 8:13). Dogs were ritually unclean animals. They could have no place inside the Holy City, where nothing unclean is allowed to enter.

How to See it Right

These remarks about dogs highlight significant differences in perspective between Eastern first-century and Western twenty-first-century readers. Instead of competing perspectives and clashing conclusions, we may experience more comity in Bible study by respecting seven guidelines for interpretation built on the acronym C-O-N-T-E-X-T.

C is for cultural awareness. The fact that we are called to rightly divide the word of truth (2 Tim. 2:15) implies that we can do it wrongly. Everyone views Scripture through some particular cultural lenses. But as with Moses in the wilderness, we need to approach the Word of God with awe, taking off our cultural shoes, because the ground on which we stand when we come to the Holy Scriptures is holy ground (see Ex. 3:5).

O is for openness. We need to be open to hearing new things that the Spirit may be saying (Isa. 43:19; 1 Sam. 3:9). Ellen White unites her acknowledgment “that we have the truth,” to a major caution: “we must not look with suspicion upon any new light which God may send.”5 Progress in the truth is no threat to longer established truth.

N is for the New Testament, which explains much that would not otherwise be clear to students of the Old Testament, even the prophets who received and recorded Old Testament revelations: while they “spoke of the grace that was to come    . . . , [they] searched intently and with the greatest care, trying to find out the time and circumstances to which the Spirit of Christ in them was pointing when he predicted the sufferings of the Messiah and the glories that would follow” (1 Peter 1:10, 11). The nexus between prediction and fulfillment is not always obvious. One reason for this is the conditional nature of some divine predictions, for example, of boon or disaster dependent on Israel’s behavior (Deut. 28:1-66; Jer. 18:1-10).

Another is the nature of biblical typology in which people, places, things, actions, descriptions, and institutions all hold meaning beyond their immediate historical occurrence. By way of illustration, Babylon, first a tower (Babel) and then ancient Mesopotamian city, nation, and empire, comes to represent the sum total of earthly institutional rebellion against God and all He stands for (Rev. 17, 18).

T is for textual analysis. Scripture’s literal and nonliteral meanings deserve to be understood. One sound practice in that direction is studying all uses of any word or term in a given book, and beyond this, to its every other occurrence throughout the Bible, before concluding on what it signifies.

E is for eisegesis. Imposing one’s own interpretation onto the text is called eisegesis. Scripture is not to be subjected to private interpretations (2 Peter 1:21). The existence of objective guidelines is evident from the interchange between Philip and the Ethiopian eunuch. Like his Master before Him, Philip opened scripture after scripture and showed his student Jesus (Acts 8:30-35; Luke 24:27).

X is for exegesis. Exegesis is drawing out a text’s meaning in accordance with what the author most obviously intended. When one use seems more easily explainable it may often be used as an aid to grasping its uses in more obscure places and passages, a better aid than consultation with secular dictionaries and literature. Any light from those is best sought after intrabiblical study has communicated all insight on meaning that it has to offer. The Bible, God’s book, deserves God’s explanation. It does an excellent job of being its own interpreter (2 Tim. 3:16; Isa. 28:10).

T is for trust and prayer. No matter our level of experience or expertise, we need to always approach the Word of God with humility, assuming the posture of a learner: God “guides the humble in what is right and teaches them His way” (Ps. 25:9). “Those who prayerfully study the Bible go from each search wiser than they were before. Some of their difficulties have been solved; for the Holy Spirit has done the work spoken of in the fourteenth chapter of John: ‘The Comforter, which is the Holy Ghost, whom the Father will send in my name, He shall teach you all things, and bring all things to your remembrance, whatsoever I have said unto you.’”6

In your Bible study, don’t ever lose sight of the big picture: it’s all about Jesus (Matt. 6:33; John 12:32; Col. 1:20). Simple text or complex metaphor, it’s always all about Jesus: Jesus for you, and for you to share with the world. Tell everyone, dogs included, how much Jesus has done to get them all inside the Holy City.