Will life ever be the same after COVID? 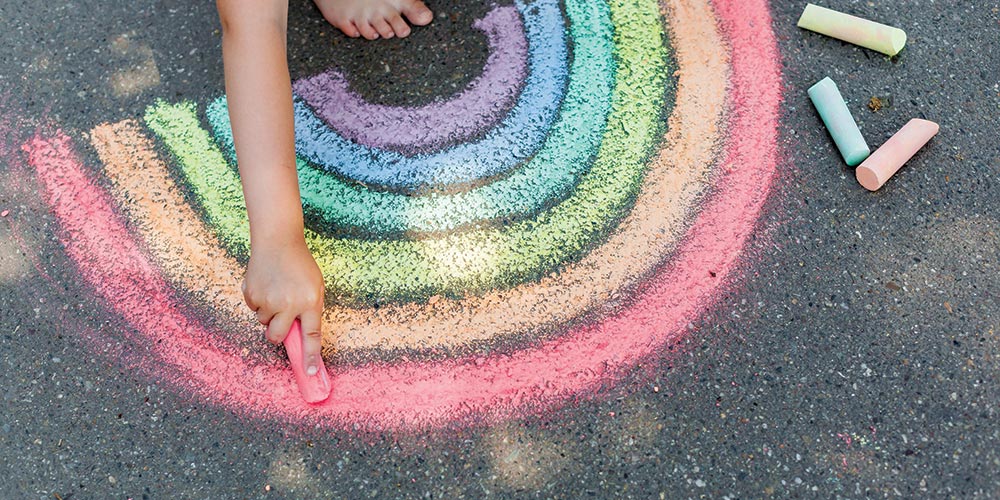 I thought the world would end differently. I imagined we would all be hiding in the mountains around Collegedale, living in caves and making haystacks with dandelion greens. But here I am in suburban comfort following minute-by-minute updates on the coronavirus on my laptop.

Some people might say it isn’t the end of the world. But it feels like it to me. Maybe it’s because my generation came after polio and Vietnam, and we haven’t dealt with any trying times, unless you count the era of dial-up Internet.

OK, so we are at least one swarm of locusts short of a true apocalypse. We can’t really match COVID-19 to Revelation. But maybe we can find something similar in Genesis—that other time the world ended.

The Days of Noah

The Bible doesn’t give details about Noah’s stay in the ark, but I’m convinced it was a lot like quarantine. Our biblical hero had to be stressed and irritable. Probably there were sharp words in the family about whose turn it was to shovel out the elephant stalls. Everyone was looking as furry as the animals, but their hair salon had gone under. The kids got annoyed when Noah kept saying, “What we’re going through is unprecedented, but at least we’re all in the same boat. Heh, heh, heh.”

Perhaps the introverts in Noah’s tribe were fine with a year of introspection—until they discovered they were stuck on a ship with a couple of loud extroverts who were always trying to organize a game of Rook. The pandemic reminds us that (1) we need people and (2) we need them to be elsewhere.

The news can’t stop reporting how many people are dying in your state, which is like having your mortality featured in a national advertising campaign.

You used to be able to send your kids to school before your home turned into an episode of The Jerry Springer Show, but now they never leave. Plus, they need you to help with distance learning, so you’re pulled into service as an unpaid teacher’s aide. It’s like you’re doing all the work of homeschool without the reward of feeling superior about it. Before long you’re playing rock, paper, scissors with your spouse to see who will watch the kids for the next hour.

Sometimes you have a Zoom meeting, and the kids start parading through your room like the stars of Kids’ Time. This is particularly annoying, because everyone else in the meeting seems more delighted with seeing your kids than hearing the brilliant points you’re making about the marketing campaign. And pets also cause a distraction. “What kind of dog is that?” shout the other viewers on Zoom. It’s show-and-tell for grown-ups.

What I enjoy most about Zoom meetings is scoping out everyone’s houses. It’s like HGTV without the commercials. Oh, so they’ve got crown molding. I wish she would move her head so I could see that painting better.

You can also do this during Zoom Sabbath School, with the added interest of looking for racy novels on the saints’ bookshelves. Incidentally, some of you are a little too casual for Sabbath morning. This is not the time for your Red Hot Chili Peppers T-shirt.

I’m also aware that online church has tempted some sheep to stray from the fold. I’m not talking about switching denominations, but some believers have been flipping the channel to big-time preachers. What’s to stop a member from taking in a sermon from Carlton Byrd or Dwight Nelson, speakers so eloquent they can’t even call in a pizza order without bringing the Domino’s manager to tearful repentance.

For once, church options are richer than opportunities for watching sports. The absence of live sports has made my neighbor so desperate that he recently tuned in to a rebroadcast of a golf tournament. At this point, some Americans may even be open to watching soccer.

Can You See It?

These are uncertain times. You can’t really be sure about your job. You can’t be sure about the economy. You can’t be sure if that cough is a sign of something serious. The odds are good that you will live, but they aren’t good enough. The people you love are pretty safe, but not safe enough. The news can’t stop reporting how many people are dying in your state, which is like having your mortalityfeatured in a national advertising campaign.

We know we should trust God with the future, but it’s no easier than other things we know we should be doing, like eating more kale or returning the pastor’s texts. Back in the ark, I think Noah’s family also had a fog of stress hanging over them. They were in the middle of one of the biggest miracles in the Bible, but they were unable to see into the future any more than you or I can now.

When it was over, Noah and his family started breaking the ark apart, which I take as a sign of how fed up they were with the shelter-in-place order. They couldn’t endure one more hour of being cooped up with those orangutans and in-laws. Then they looked out at a world as empty as a church parking lot during COVID-19, and they realized their time of trouble wasn’t over.

How will this work? they wondered. The new normal didn’t have home-improvement stores, YouTube tutorials, or free breadsticks at Olive Garden. And that’s the moment God showed up. The story says He put a rainbow in the sky. That vision must have hit the group like a fireworks show at the Magic Kingdom. It was amazing. It was exactly what people emerging from lockdown needed to see.

So what do you need to see? Will God send you a sign? Maybe. In the meantime, you have something else. It is a memory from an earlier time of loss or pain when the world as you knew it seemed to end. And somehow, by some almost forgotten miracle, Jesus brought you through. That is your rainbow.

Kim Peckham shelters in place in Lincoln, Nebraska, with his wife, Lori, and teenage son, Reef. He helps with communication at Union College.