Didn’t Mean to Scare You

Most of our fears are based on fact, aren’t they? 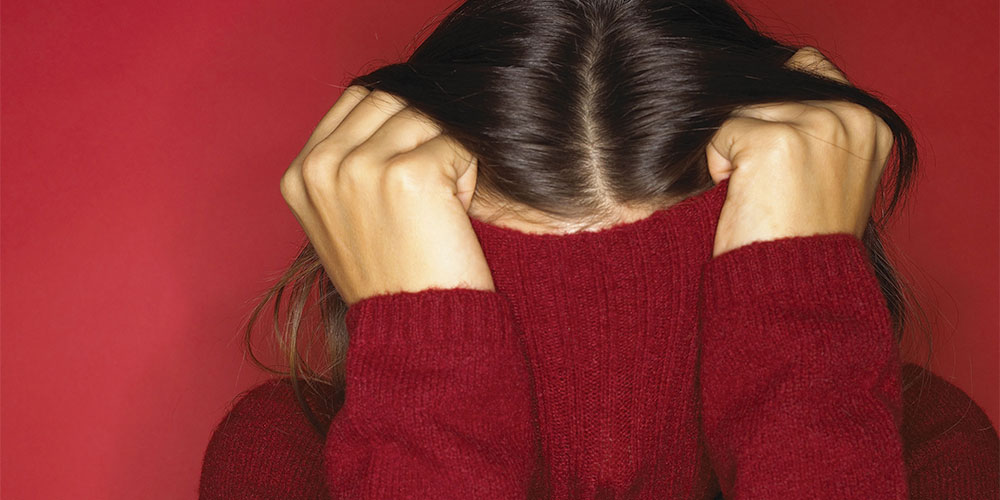 The other day I was scared of a grocery bag.

Really. The bag was blowing across the lawn, and when I first caught a glimpse of this thing charging toward me, I thought I was being attacked by a rabid badger or something. I ended up with much more adrenaline than is usually necessary for dealing with trash.

It was embarrassing. Especially when I thought about my friend Sam. Sam is a new Adventist. I know this is wrong, but I like to talk to him about his former life of sin. It is absolutely epic. You could program a whole season of HBO out of his time in the 1980s.

We know this time on earth will pass from view as quickly as chocolate cake at a church potluck.

It reminds me of those Christian books describing the testimony of a guy who was in a gang, or a girl who was in a rock band. The chapters before the baptism were always able to grip the attention better than the chapters at the end, right?

Anyway, the thing about Sam is that he has been in horrifying situations and never seems to get scared. Like the time in the Marines when he did a HALO jump at 30,000 feet over a jungle filled with people who wanted to kill him. “It was a rush,” he recalls.

Or the time he waded into a motorcycle gang after they touched his Harley. “I thought I was probably going to die, but you don’t mess with my bike,” he says.

And we can’t forget the time he faced down a guy holding a pistol in the club where he was a bouncer. “If you want to take me on, you’re gonna be sorry, gun or no gun,” he told the drunk.

In his stories Sam faces death with steely-eyed confidence. In contrast, after being raised my whole life in the faith of Jesus, I can be scared of anything. I worry about heart disease, big government, and bugs crawling in my mouth while I sleep.

True or False: Christians Are Fearless

Isn’t this wrong? Shouldn’t Christians be fearless? Didn’t early Christians face death with the suave demeanor of James Bond? “So you’re throwing me to the lions? Pity. I’m really more of a dog person.”

The Bible seems to tell us that believers should be brave. “Even though I walk through the darkest valley, I will fear no evil,” said David (Ps. 23:4).

As for me, I can’t even walk to the car without fear. I’m thinking of a Sabbath afternoon when we went to visit some friends at a cabin in the Appalachian Mountains. It was beautiful. We ate food cooked over an open fire and talked until the sun went down. Our friends pointed to where they had seen a bear. “Really? How interesting,” I said.

Night covered the mountain when my wife, Lori, and I decided to head back to the car. A narrow trail wound through the dark woods for about a quarter mile to the parking lot. We chatted as we made progress through the trees. But we talked in a louder-than-normal tone of voice. Then Lori suggested we sing “When the Saints Go Marching In.” We belted out the lyrics with vigor. We sang as if our life depended on it. We hoped that the noise we made would scare the bears before they could smell how delicious we were to eat.

In theory, Christians have nothing to be afraid of. We know this time on earth will pass from view as quickly as chocolate cake at a church potluck. Even death should not scare us, because we know that it is a rest from all our trials. No more pain. No more sorrow. No more telemarketing calls.

But what we know and what we feel are two different things.

Let’s talk about a boy in the South who finds a snake. If it’s a copperhead, the boy will know he should leave it alone. But if he recognizes it as a harmless garter snake, he may catch it. His level of fear depends on the top level of the brain. This is a function of data processing.

Now, when the boy’s mother finds the snake in her bathtub, her reaction may come from a different part of the brain. It is an instinctive 220-volt burst of fear that overwhelms any high-minded analysis about whether or not the snake is dangerous. This is a function of emotion. (By the way, Mom, I know a lot of years have passed, but I’m still sorry about the snake.)

Fear of spiders and fear of heights spring from some deep, mysterious web of human experience. Other fears appear to come from the tidal pull of culture. For example, every modern mother is afraid of child kidnappers. They don’t even let a 10-year-old wait for the school bus without deploying a Secret Service detail.

This is in marked contrast to when I was a kid. I don’t think our parents ever worried about us as we roamed suburbia. They got upset only if we were late for supper. “If you end up a long way from home at suppertime,” they might have said, “catch a ride home with a stranger.”

I wouldn’t suggest that conversion wipes away all fears instantly and completely. David, with all his talk about walking through the valley of death, had his clenching fears. Abraham, God’s vice president in charge of starting monotheistic religions, was afraid that Pharaoh was going to kill him.

Then there was Jesus. Even the perfect Son of God felt that fear that comes up from the basement of the brain like a beast. In the garden of Gethsemane, He shuddered to think of losing His connection to the Father forever.

Fear is part of the sin problem in the same way that indigestion is part of eating too many Stripples. That is not to say that our struggle with fear is hopeless.

My friend Diane tells about going on a mission trip. Flying through the upper atmosphere in what is basically a tinfoil tube makes her nervous, really nervous. As she boarded the plane to her mission destination, she found herself sitting next to an off-duty flight attendant. She had professional help, in a way of speaking.

On the way back she sat next to a man who had just reconciled with his girlfriend and was full of the joy of life. His singing and loud talking annoyed the other passengers, but was just the distraction Diane needed. She believes that God, in His mercy, created a detour around her fears.

Which brings me back to Sam. Last year his wife, Laura, was admitted to the hospital. Her whole body was shutting down. “I don’t think she’ll make it,” said the doctor.

Sam looked at Laura, lying unconscious on the hospital bed. Eight different IV machines were arrayed around the bed, trying to beat back the infections. “She was my soul mate,” says Sam.

They had gone to the same tattoo artist. They had stayed sober for each other. They had raised two kids. This tough man realized a fear like nothing he had felt before. It made him sick in his stomach.

Sam sat beside Laura and held her hand. The machines beeped, and the ventilator inhaled and exhaled. There was a time Sam would not have known how to deal with this great dread forming within him. But now his new faith gave him a clue. While he held her hand, he prayed. He prayed for days. He prayed for weeks. He prayed until Laura recovered enough to come home.

When it comes to fear, Christians have an advantage. We experience moments of grace that distract us or dampen our fears. We have prayer. We also have a hope that can help us see beyond the terror. But all of us—even those as brave as Sam—are waiting for a cure.

Kim Peckham is a freelance communication specialist and the author of Stop Laughing: I’m Trying to Make a Point. He and his wife, Lori, attend Willow Brook Seventh-day Adventist Church in Boonsboro, Maryland.