When we forget where to turn, remember God. 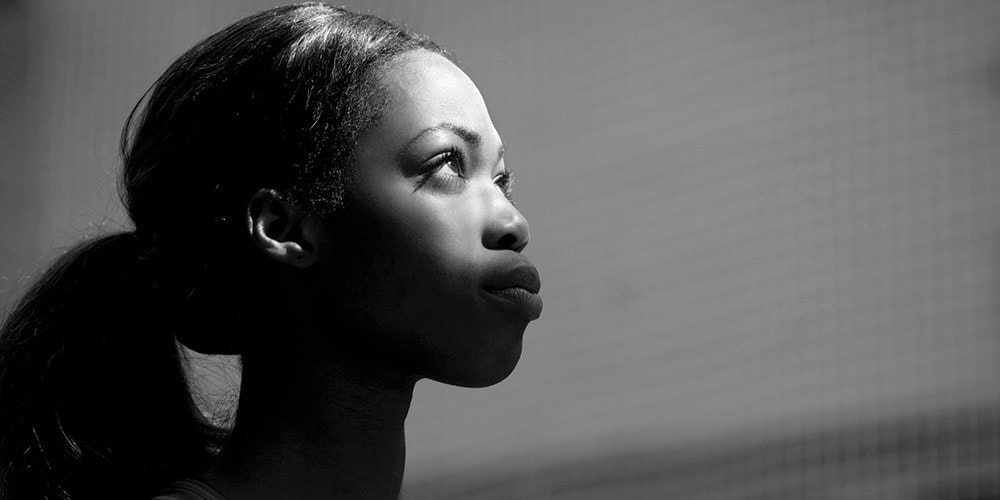 God’s servants are not to be easily discouraged by difficulties or opposition. Those who proclaim the third angel’s message must stand bravely at their post, in the face of detraction and falsehood, fighting the good fight of faith, and resisting the enemy with the weapon that Christ used, “It is written.”

In the great crisis through which they are soon to pass, the servants of God will encounter the same hardness of heart, the same cruel determination, the same unyielding hatred, encountered by Christ and the apostles.

In Need of Courage

All who in that evil day would faithfully serve God according to the dictates of conscience will need courage, firmness, and a knowledge of God and His Word; for those who are true to God will be persecuted, their motives will be impugned, their best efforts misinterpreted, and their names cast out as evil.

Satan will work with his deceptive power to influence the heart and becloud the understanding, to make evil appear good, and good evil. The stronger and purer the faith of God’s people, and the firmer their determination to obey Him, the more fiercely will Satan strive to stir up against them the rage of those who, while claiming to be righteous, trample upon the law of God. It will require the firmest trust, the most heroic purpose, to hold fast the faith once delivered to the saints.

God calls for cheerful coworkers, who refuse to become discouraged and disheartened by opposing agencies.

The messengers of the cross must arm themselves with watchfulness and prayer, and move forward in faith and courage, working always in the name of Jesus. They must have confidence in their Leader; for troublous times are before us. . . . Soon God is to rise out of His place to shake terribly the earth, and to punish the wicked for their iniquity. Then He will stand up in behalf of His people, and will give them His protecting care. . . .

Courage in the Lord

After the passing of the time in 1844, a number of brethren and sisters were assembled in a meeting. All were very sad, for the disappointment had been sore. Presently a man came in, crying, “Courage in the Lord, brethren; courage in the Lord!” This he repeated again and again, till every face was aglow, and every voice lifted in praise to God.

Today I say to every worker for the Master, “Courage in the Lord!” Ever since 1844 I have been proclaiming present truth, and today this truth is dearer to me than ever before.

Some look always at the objectionable and discouraging features, and therefore discouragement overtakes them. They forget that the heavenly universe is waiting to make them agencies of blessing to the world; and that the Lord Jesus is a never-failing storehouse from which human beings may draw strength and courage.

There is no need for despondency and apprehension. The time will never come when the shadow of Satan will not be cast athwart our pathway. Thus the enemy seeks to hide the light shining from the Sun of Righteousness. But our faith should pierce this shadow.

God calls for cheerful coworkers, who refuse to become discouraged and disheartened by opposing agencies. The Lord is leading us, and we may go forward courageously, assured that He will be with us, as He was in past years, when we labored in feebleness, but under the power of the Holy Spirit.

Angels ministered to Christ, but their presence did not make His life one of ease and freedom from temptation. He “was in all points tempted like as we are, yet without sin” (Hebrews 4:15, KJV). If ministers, while engaged in the work that the Master has appointed them, have trials and perplexities and temptations, should they be discouraged? Should they cast away their confidence because their labors do not always bring the results that they so greatly desire to see? True workers will not despond in view of the work before them, arduous though it may be. Shrinking from hardship, complaining under tribulation, makes the servants of God weak and inefficient. . . .

The present is a season of solemn privilege and sacred trust. If the servants of God keep faithfully the trust given to them, great will be their reward when the Master shall say, “Give an account of thy stewardship” (Luke 16:2, KJV). The earnest toil, the unselfish work, the patient, persevering effort, will be abundantly rewarded. Jesus will say, Henceforth I call you not servants, but friends (see John 15:15).

The approval of the Master is not given because of the greatness of the work performed, but because of fidelity in all that has been done. It is not the results we attain, but the motives from which we act, that weigh with God. He prizes goodness and faithfulness above all else.

I entreat the heralds of the gospel of Christ never to become discouraged, never to regard the most hardened sinner as beyond the reach of the grace of God. . . . He who turns the hearts of men as the rivers of water are turned, can bring the most selfish, sin-hardened soul to Christ. Is anything too hard for God to do? “My word,” He declares, “shall not return unto Me void, but it shall accomplish that which I please, and it shall prosper in the thing whereto I sent it” (Isaiah 55:11, KJV). . . .

Few realize the significance of the words of Luke, that when Paul saw his brethren, “he thanked God, and took courage” (Acts 28:15, KJV). In the midst of the weeping, sympathizing company of believers, who were not ashamed of his bonds, the apostle praised God aloud. The cloud of sadness that had rested upon his spirit was swept away. His Christian life had been a succession of trials, sufferings, and disappointments, but in that hour he felt abundantly repaid.

With firmer step and joyful heart he continued on his way. He would not complain of the past, nor fear for the future. Bonds and afflictions awaited him, he knew; but he knew also that it had been his to deliver souls from a bondage infinitely more terrible, and he rejoiced in his sufferings for Christ’s sake.