How does one cope with the unthinkable and unimaginable? 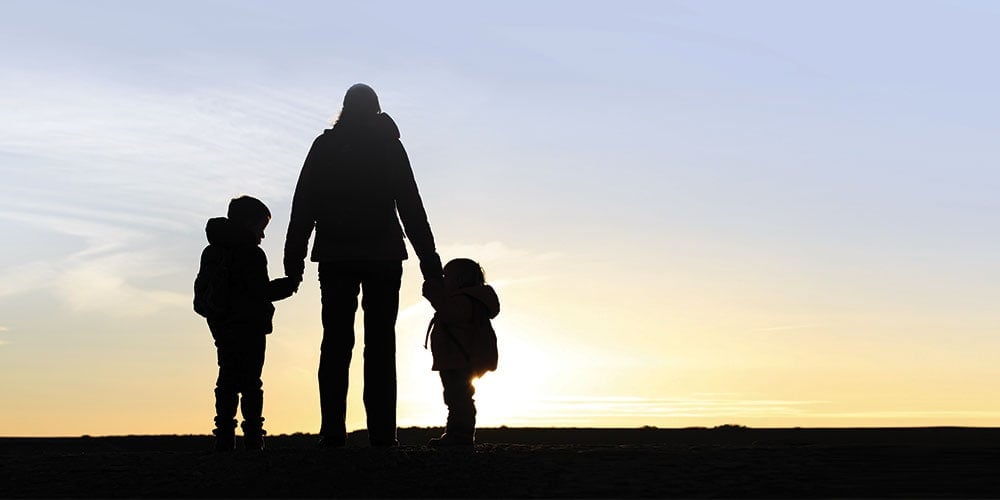 It was a weekend in early March 2012. March, when the weather can’t make up its mind between winter or spring. Caryn’s* birthday was coming up that week, and the family was in the middle of a downstairs remodeling project. Tom,* her husband, was away touring with his longtime gospel singing group.

Both husband and wife worked for the same company. So it wasn’t totally out of the ordinary for Caryn to receive a phone call from human resources asking for Tom. Besides, this call was urgent in nature. “I got a call from HR here. They asked to speak with him, and I told them he wouldn’t be back until Monday,” she remembers. They asked her to have him report to their office before he began his day.

By midmorning that Monday, Tom called Caryn and informed her he’d been fired. He told her it was because there was pornography on his work computer.

Caryn was born and raised on the West Coast of the United States. Her father worked for the boarding academy she attended. When she was ready for college, her father got a new job at a campus on the East Coast, so the entire family moved.

“I met my husband through my sister, actually. She was friends with him, and he rented a room from my parents,” Caryn says. Caryn had graduated, and Tom, with a few more classes he needed to finish up, stayed at her parents’ house. They were just friends at first, but the friendship blossomed into something more. The two were married in 2000. Their son was born in 2002, and a daughter rounded out the little family in 2004.

In 2005 Tom was offered a job in a different state several hours from the campus where they had met and married. Once their daughter started school full-time, Caryn was able to find a job of her own at the same company.

Life seemed just fine for a long time. The two could commute to work together and see each other during the day—a luxury seldom afforded to most married couples. They were involved in their local church and the kids’ school, and they had a circle of close friends.

Caryn had no idea there was another side to Tom. A side he skillfully concealed from her, and one that changed their lives forever.

On Caryn’s birthday, just two days after Tom was dismissed from his job, she got a call from a county detective. “They asked me to come home and said they had a search warrant,” she says. “They were looking for specific things—cameras, flash drives, a computer. And there were some articles of clothing and a blanket.”

It took about a month after that for an arrest warrant to go out for Tom. And the story began to grow exponentially bigger than Caryn ever thought it could. Another county brought another search warrant, and the federal government became involved. “One day I got a call from the school saying that I needed to come. I was told my husband was not allowed to come and pick up the kids. When I got to school, social workers were there, and they had already talked to both my kids.” Child sexual abuse was the new addition.

“It wasn’t just pornography found on his computer,” Caryn recalls. There was child pornography involving him and three young children. Both counties involved built their cases. Tom didn’t have the money needed to get a lawyer, so he accepted the public defender provided to him. He was arrested, and no bail was put up.

In the aftermath of her husband’s arrest, Caryn tried to make sense of everything. There had been no clues about Tom’s secrets, and nothing had raised suspicion. As she tried to comprehend it all, county advocates assigned to her stressed the fact that none of this was her fault. To cope, she sought counseling for herself and her children and tried to keep some sense of normalcy as she continued working and helping the kids keep up with school and other activities. “The kids knew he went to jail, but they didn’t know why,” says Caryn.

Things continued to unravel. In counseling, Tom admitted that his first exposure to pornography had been at a very young age, and that he had struggled with it all his life. But aside from that, he didn’t provide more information that would have helped his wife to understand the horrific mess he’d plunged his family into.

When Caryn visited him in jail while he awaited trial, Tom asked her not to listen to what people said or believe everything she read. She spent many Sabbath afternoons with him in which he was very careful not to divulge anything about what he’d done, in case he was recorded. Instead, Tom talked about dreams or visions he believed God was giving him. He wrote letters—pages and pages of letters that to this day, Caryn can’t bring herself to read in totality.

When the trial finally came up, Caryn was first called to testify. But just before she was to take the stand, she was informed that Tom had pleaded guilty. It was a huge blow to her. “In my mind, after he pleaded guilty to all of it, it made me question everything that he said to me. Because all this time he was telling me not to believe everything I heard, read, or whatever. Then he goes to court and pleads guilty. To me, it didn’t make sense.” Tom was sentenced to 150 years in jail, and was eligible for parole only after 75 years.

That was when Caryn stopped visiting him or taking his calls. She had always believed marriage was forever. So she struggled with remaining in her marriage after Tom was sentenced. It took her years to adjust to the fuller implications of his actions. She finally opted to leave the marriage, and the divorce was finalized in 2016.

There have been many struggles for Caryn and her children since Tom’s sentencing and the dissolution of the marriage. But Caryn is a remarkably strong woman who is working through her pain with God beside her. “I know this made me realize how much my relationship with God was not where it should have been,” she says. “I feel like I have grown closer to Him because I’ve called out to and relied on Him.”

For many people, forgiveness can be complicated. In light of Caryn’s situation, it is, without doubt, very difficult. “I still struggle with the concept of forgiveness. I mean, as far as actually forgiving versus knowing exactly what forgiveness is. It’s supposed to be freeing for you, to let things go. But I still struggle with actually saying, ‘I forgive you.’ Because even though I know it’s not condoning what they did, those words make me feel like I am.”

There Is Still a Future

By court order, Tom’s children will decide for themselves, in adulthood, if he may be part of their future. His son is close to reaching that age now. While Caryn has tried to keep the lines of communication open for the children to talk to her about their father, they themselves haven’t asked or said much.

For now, Caryn is mothering them, working, being with friends, living her life; and looking toward the bright future she knows that her God has for her and her loved ones.

*Caryn and Tom are pseudonyms.