They’re trying to make me a Christian, she thought. 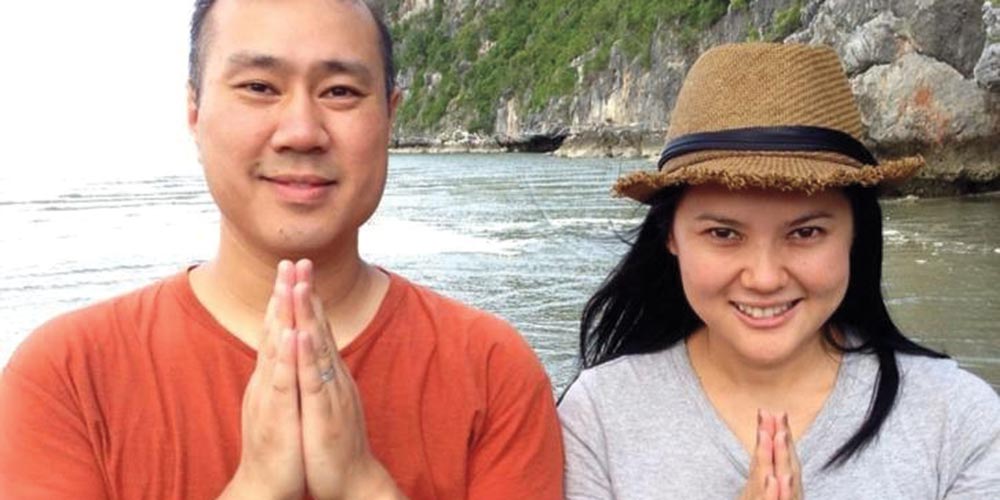 Through her remarkable spiritual journey she has observed how a God of constant, guiding love has charted the route of life that provides her the delectable satisfactions of all those other experiences. And nothing has meant as much to her as the amazing truth of divine forgiveness.

As a 14-year-old attending a Christian camp, Som Snamthong found people’s friendliness quite uncomfortable. They’re trying to make me a Christian, she thought.

She knows that the God who led her is still leading her loved ones to embrace the truth she now loves.

She knew a bit about Christianity. In the village of Hau Khoon Chae, Chonburi, Thailand, where she had lived with grandmother Im and aunt Saichon, she had attended Khoon Chae Christian Wittaya School, a Baptist school. The village’s best schools were usually Christian, she says. But singing Christian songs and praying before meals didn’t mean God to her. She was just doing as she was told. Buddhism was a family commitment. Her father and two older brothers had all once been monks.

When she was 10 years old, her mother brought her to the city of Bangkok. She couldn’t adjust very well to her new schools. Besides, living with Grandma had been nicer. Napawan and Chatjawan, her mom and dad, worked hard; and sometimes he was as far away as Saudi Arabia, working as a mechanical engineer. Som’s keen mind and restless spirit wrestled with every little thing. She sensed that what she was living didn’t bring the happiness a kid should have. Mom should divorce Dad. Maybe that would help. She should pray more. Maybe that would help. She would sit or kneel before the Buddhas and the Chinese goddess Guanyin in Dad’s prayer room, searching for a god that would free her from a weight of distress that would burden someone much older than she.

Then came the invitation to attend the retreat at Sammuk Christian Academy, Chonburi. She was back in her village with Grandma when a friend invited her. Mom, in Bangkok, thought attending would be fine, and Som went off to the retreat that would change her life forever.

Som was one of only two non-Christians among the almost 80 people there, and her Christian hosts made life surprising for her. They were too nice. She enjoyed introducing herself, meeting and greeting, and the small group dynamics; but people seemed to be a bit pushy. Gradually the skepticism wore off. By the third day she didn’t feel as put upon when a friend, Kai, offered, “Would you like to pray?”

The next day Kai met her again: “You don’t have to speak to God in a special language, in a high vocabulary. Just speak of things in your heart,” she assured. The kindness of this Christian woman was getting through to her heart, and Som thought maybe she could try to talk to God, though she knew neither Him nor what to say.

Tentatively she began to pray: “God, I don’t really know You, but I’m going to pray. If You’re real, just show me.” Her heart was burdened about many things. Her parents had transferred her to another new school. But she had joined class a year after the other kids. Besides, they were all wealthy; she didn’t fit in. She wished she could have a dad at home all the time to love and talk with. For 10 minutes she poured out her heart to this God she didn’t know. He was listening; she felt it. He was right there, and she knew it. He was showing her that He is real. He assured her that He would go through life’s difficulties with her.

She opened her eyes. She was a believer. She wanted to become a Christian, she told people the next day. And so it was. Jesus came into her life, and everything changed. But she couldn’t tell Grandma. Grandma considered Christianity a foreigners’ religion. It was disrespectful. Christians didn’t worship their ancestors. But Mom in Bangkok would understand.

Living as a Christian

Som told Mom. She thought Mom would be excited. But it didn’t quite go that way. Still, Som got permission to attend church when she got back to Bangkok. Then Mom decided she couldn’t go to church anymore. It was that way for almost three years. No Bible reading. Som could not live without her Jesus. She secretly read her Bible in the bathroom and attended a church. She loved Jesus. She was thrilled to be a Christian.

Mom grieved for her daughter. Som was being unfaithful to her training. She no longer cared about the Buddhas and Guanyin. It pained her mother’s heart. Meanwhile, Som was thinking up a scheme: “Dad, could you take me to the tutoring school?”

One day after dropping her off, he went to visit a secondhand goods and spare car parts market. He was standing on the sidewalk when a bus passed by with Som sitting at a window. They looked straight at each other. Som was embarrassed. Her dad was heartbroken. His daughter had been lying to him, taking a bus to church when he left her at school. When she came home about 8:00 p.m. neither he nor her mother spoke to her. The silence was painful.

Som knew she had been living two lies: attending church when her parents thought she was at tutoring; and participating in ancestor worship at home. That was a lie too. She prayed, “God, please forgive me; I don’t have the courage not to participate. Please understand.”

In New York, as a 17-year-old exchange student, God provided Som with a double miracle. Two Thai women drove her from Northport to Yonkers from time to time on Sunday so she could worship as she desired. At the church in Yonkers another wonder awaited her: the pastor’s wife, Ilada, had been her third-grade teacher in the Baptist school back in her village. Before her exchange year ended, Som was baptized. She even had family members to accompany her; her American host family attended as her parents.

During the next eight years Som completed college, worked in marketing, traveled the world as a flight attendant with Swissair, earned a graduate degree in organizational communication in Kentucky, and met her husband in Chicago. For five years they attended the Thai community church of Chicago without any interest in each other. Then something happened. Now they are married members of the Fil-Am Seventh-day Adventist Church family in Hinsdale, Illinois.

Som Tessalee now works in human resources and compliance for a home health agency in Chicago, Illinois. She thanks God for bringing her to Christianity and specifically to Seventh-day Adventist understandings of His Word. She still prays for her mom and dad. When they visited and attended the Thai church with her in Chicago and he joined the hymn singing, she wept. She knows that the God who led her is still leading her loved ones to embrace the truth she now loves, leading us all to the place where, forever, we shall share and savor infinitely more of the flavorful delights of His glorious truth.