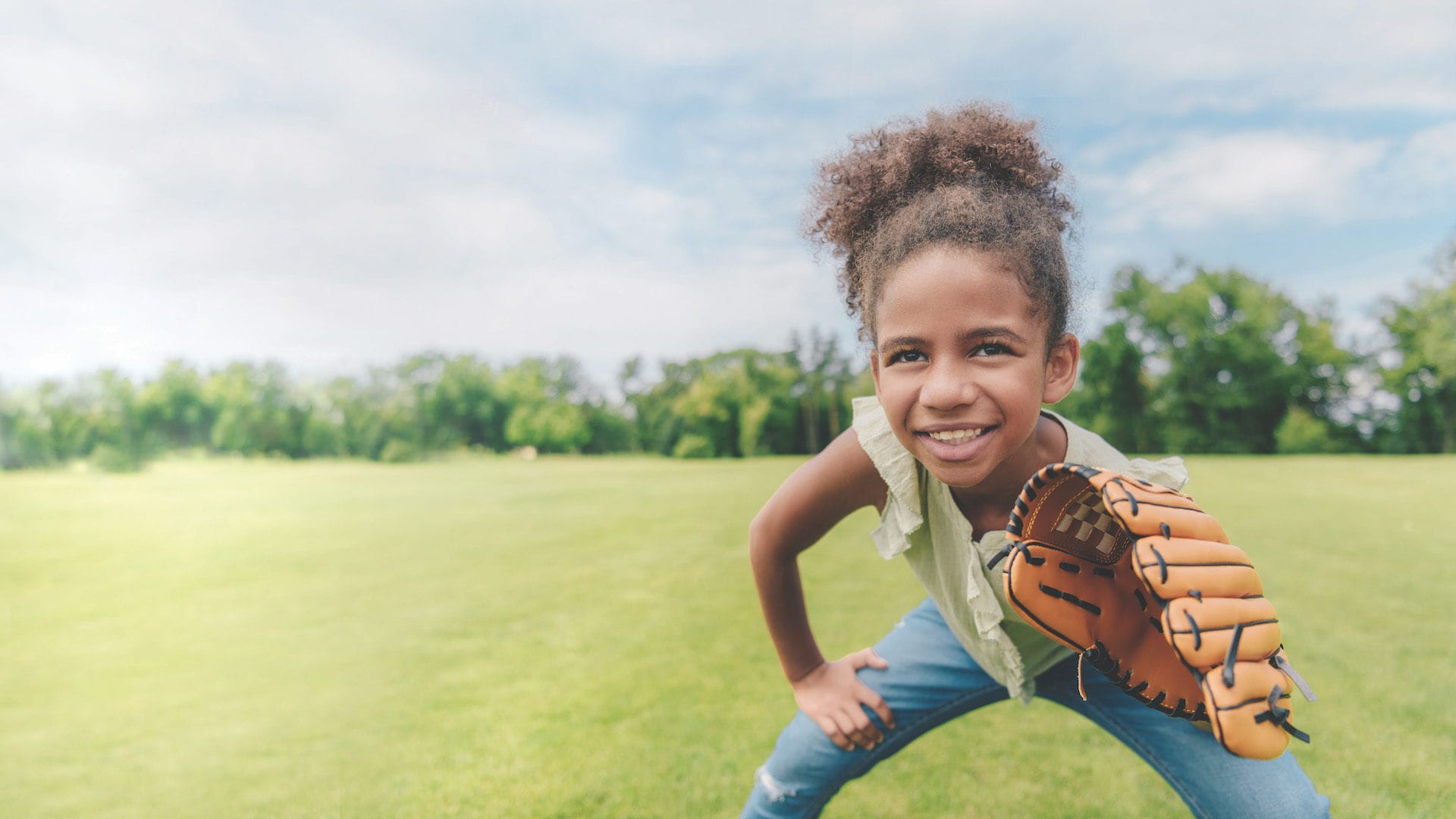 A few years ago we were watching a soccer game in our neighborhood. Parents usually try to support their kids and encourage them when they make a mistake or when things are not going well in the game. That day we were particularly drawn to a father whose son was playing in the goalie position. The boy was getting crushed, with one ball after the next ending in the back of the net. We could tell he felt a failure, almost about to cry. But then his dad stepped in. Standing up from his folding chair, he walked forward to the sidelines and started yelling. “Shake it off! Just shake it off! Focus on the next one!” That dad knew that if his son began focusing on his mistakes or failures, he would perform poorly, so instead he challenged his son to look forward to the next ball coming his way.

That summer afternoon the deflated goalie got a life lesson he likely will never forget. No matter the final score, he got a character lesson that will undoubtedly help him along the way—a lesson in character development that carries great physical, moral, and spiritual implications.

Adventists, in particular, are much concerned with character. Discussing the books and authors we should use in our schools to prepare students for “the future immortal life,” Ellen White wrote that “the lesson book, the Bible, contains the instruction of the character they must have, the moral excellence of character which must be cultivated, which God and heaven require.”1 Character is important because “only those will enter heaven who in probationary time have formed a character that breathes a heavenly influence.”2

Character is defined as the mental and moral qualities distinctive to an individual.3 Those qualities, as given in this definition, are in themselves neither good nor bad. Thus, an excellent question to ask ourselves as parents is: What kind of mental and moral qualities would we like our children to develop? Sports help children develop natural performance qualities such as drive, grit, competitiveness, determination, and resilience. There are also moral qualities that can be developed through sports, such as cooperativeness and kindness.

Research says kids develop lifelong habits by age 9, so the sooner you are intentional about helping your child develop good habits, the better.4 One of those good habits may be practicing sports. You may ask why this is so. Also, how does the good habit of sports develop the right kind of character?

1 - Getting Out of Their Comfort Zone.

Engaging in sports can push children out of their comfort zone and foster self-confidence. We remember teaching our firstborn when he was 5 years old how to ride a bicycle with no training wheels. He told us very firmly that he had no interest in learning that. Reading between the lines, he was telling us, I’m scared to try something new that I don’t know if I’ll be able to do. After letting him know that this was non-negotiable, Mom explained the procedure, and then he tried once, and off he went. Now, as a teen, he’s taken over our adult bikes! Looking back, he laughs at how much he would have missed out on if he had never taken that leap out of his comfort zone to learn something that, at the time, seemed scary.

This lesson from sports may be applied in life’s most significant spiritual areas. Abraham, known as the father of the faithful (Rom. 4:11), may have laughed when God called him out of his comfort zone to a place where he would be a blessing to the whole world (Gen. 12:1-3). And Abraham’s wife, Sarah, did laugh when she heard what God had in store for her: she was going to deliver a baby at 90 years old (Gen. 18:9-12). We can lose the best that God has for us if we settle too well into spiritual comfort zones where being good keeps us from striving to be better.

Sports can help children tolerate disappointment and learn to lose with their heads held high. Particularly in an age of constant entertainment and pleasure, loss and disappointment are especially important experiences that a child must go through to learn how to work through difficult emotions, for losing and disappointment are generally major issues at a young age, and are indispensable experiences for maturing Christian character. Realizing that Jesus’ return to earth would not take place as soon as they thought was a painful disappointment to first-century Christian believers. They needed to learn to deal with it positively, holding on to their beliefs and supporting each other with words of encouragement (1 Thess. 4:13-18).

Perseverance, it turns out, is a fundamental characteristic of Christ’s faithful last-day followers: when we are pointed to “the patience of the saints” (Rev. 14:12), what is actually being highlighted is perseverance, “the perseverance of the saints who keep the commandments of God and their faith in Jesus” (NASB).5

When children play team sports, they have an opportunity to work together to accomplish something, even if some of them tend to be loners or introverts. Team sports create an immersive experience of interdependency that will be used throughout their lifetime in their most intimate relationships, friendships, churches, and work settings. Teamwork forces you to get along with someone who may be annoying, not as good as you, or better than you. Solomon may have been tempted to do many things on his own. After all, he was smarter than everybody around. However, life taught him that “two are better than one, because they have a good reward for their labor” (Eccl. 4:9). Great wonders of his world, whether Egypt’s pyramids or his own world-famous temple, required united effort. In the case of the temple he built for God, there were more than 150,000 workers involved (1 Kings 5:13-16).

Sadly enough, success in such grand endeavors has had to depend too much on forced labor, whether by slavery or by cheap labor that exploits the needy, extracting much effort from them for little financial reward, if any. The sports equivalent is the boss who lets his players know that they had better quit complaining about the pressure. They are cattle, easily disposed of or replaced if the team doesn’t produce as demanded: “We can always get new cattle.”6 Thus, simply doing something together is not the true lesson on teamwork. It takes more than performance together or common club membership to teach kids team spirit and teamwork’s best lessons. Rather, it is what Jethro taught his world-famous son-in-law, Moses: the privilege of sharing duties, instead of doing it all alone. By sharing the story in Exodus 18:13-26, Moses teaches us what he learned. It makes for a good read and a good lesson.

Just as in the experience of the fledgling goalie, developing the habit of thinking negatively about themselves because they don’t succeed can cause long-term damage to children’s self-esteem. Sports may provide a platform where children are forced to fight against themselves, to overcome the desire of giving up when they make mistakes or underperform. It forces children to keep working to improve and look forward to the next goal, the next challenge. It also helps kids know who their biggest supporters in life are— those who cheer them on from the sidelines. Resilience, sticking with it, being undaunted, is as essential a Christian virtue as any. Paul testifies, “I press on,” and repeats, “I press toward the goal” (Phil. 3:12, 14). Like the best athletes, the Christian keeps keeping on, undaunted.

Childhood obesity is a severe problem, especially in North America. Children who engage in sports regularly are less likely to develop harmful lifestyle habits as adults. If, when growing up, children don’t get a chance to get into sports and practice them regularly, it is less likely that they will take up sports as adults. In that case, their health is more likely to be negatively impacted. And here the spiritual implications of responsibly healthful living cannot be missed. Athletes need physical fitness so their bodies can produce the results they aim for. Christians commit to the rules of health whether they are in a race or not. Their stewardship of the body temple transcends any ambition in the physical world: “You are not your own” because the blood of Jesus has bought you for God. Therefore: “Glorify God in your body” (1 Cor. 6:19, 20). Kids will also find that sound physical condition lets them think more clearly, understand more quickly, and perform more intelligently.

Children often struggle to stay on task when they are not motivated. Clients young and old often come to Cintia for help to get more motivated to make the changes they know they need to make in their lives. What do you turn to when motivation isn’t there to push you forward? Self-discipline. Sports force people—children, in this case—to show up, rain or shine, motivated or not. Over time, children develop the discipline to keep going because that’s what they have committed to doing, or because their parents are taking them, or because parents remind them that they have already paid for their classes. Children’s willpower will undoubtedly become stronger if they just learn to go on against the odds.

Sports can be a powerful tool to teach children lessons that will help them throughout their lives as they learn to keep going despite challenges to ultimately thrive. The apostle Paul couldn’t have said it better—which is why he’s so often referenced on this: races normally have many participants, but only one winner; and a fading prize (see 1 Cor. 9:24, 25). Still, temperance really matters— for them, and for us: a small price to pay to help children develop characters worthy of a better world.

Cintia Paseggi is a family counselor in Ottawa, Ontario, Canada. She and Marcos, a news consultant with the Adventist Review, are parents of Aidan, 13, and Elie, 10.