​Between Yesterday and Tomorrow

Appreciating the past while charting a course for the future. 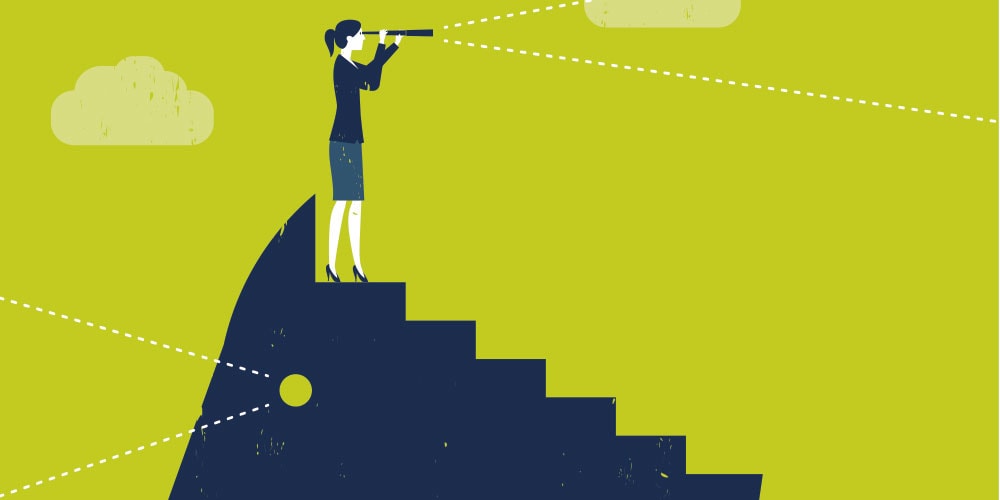 Where I grew up, we had the following saying:“Todo tiempo pasado fue mejor.” Freely translated, it means, “Things were better in the past.” This saying elicits the same sentiment as the phrase “the good old days” conjures up in English. I often heard this saying growing up, and I wondered if the past had really been better. Most times it was uttered by an older adult. Funny enough, the older I get, the more the saying makes sense to me, and I find myself saying it more frequently than I’d like to admit.

The saying speaks to the idea of past times being better than present times. Perhaps it’s because we look at the past with a nostalgic sense of security that counters the foreboding of the unknown future. The past also seems more comforting than our present, especially considering our fast-paced and ever-changing reality. While we still struggle to understand our present, we find ourselves trying to figure out the next social media fad or the latest revolutionary feature on our smartphones.

Harkening to the past elucidates feelings of easier and more comfortable times. “Today” means “not an ideal time” at best, while the past becomes the key to greater times and a better future.

There are, however, some complications with this way of thinking. First and foremost, it is based more on feelings than on actual facts. This nostalgic sentimentalism looks at the past, and, blinded by this sentimentality, plunges us into an ideological current that ultimately attempts to escape the present. This romanticized ideal often prevents a closer look at the factual negatives of the past. It is also blind to the reality that the past at some point was also the present, requiring the same hard effort to figure out what today’s present necessitates.

So pointing blindly to the past and making it the benchmark of virtue that the present should follow really becomes an elusive task, something like finding a pot of gold at the end of a rainbow.

What Do They Think?

Some weeks ago I had a conversation about the “good old days” with several groups of young adults when I preached in the youth tent of the Wisconsin camp meeting. I asked them how they felt about the past, particularly Adventist history, and what significance the past had for them. Many of these young adults, varying from ages 16 to 25, felt that Adventist theology and doctrine was closely linked to Adventist history.

Many of them were open and interested in learning about the history of the Seventh-day Adventist Church. I was surprised by this openness because of the popular stereotype that young people don’t really care about history in general, much less church history. When I asked the same questions to the youth group of the College View church in Lincoln, Nebraska, I heard similar answers (even though the group was slightly younger, spanning the ages of 13 to 18). Again, a link between doctrine and history emerged, together with a clear interest in knowing more about the pioneers and their times. This, of course, was not a very scientific survey, but I found the results surprising.

Learning From the Past

There is something positive about our willingness to learn from the past. The idea that a correct understanding of doctrine and history are at the same level of importance, however, requires a closer, clarifying look. By making an unbreakable connection between Adventist history and Adventist doctrine, we might be creating a roadblock to what the Lord of the church may wish it to learn.

As important as it is to be aware of the past and understand it, tying doctrine only to history might hinder the spiritual development and theological understanding of the church. If we insist that God’s truth can only be equivalent to what we believed in the past, we are giving this past a power it cannot have, one that will leave us with an unbalanced approach. By elevating the past to the primary role, we might be going against the wise counsel Ellen White penned when she warned, “We must not think, ‘Well, we have all the truth, we understand the main pillars of our faith, and we may rest on this knowledge.”1 Truth is an advancing truth, challenging us to walk in the increasing light.

An unhealthy preoccupation with the past, and making it the sole benchmark for a correct understanding of doctrine, counters the notion of present truth as a growing light and exchanges it for the romanticized mirage of “past times were better.” It undervalues present truth as a dynamic force by which the Spirit guides the church into the future.

It is difficult to move forward when we walk backward. The opposite is also true. Dismissing the past as useless and thinking that our present understanding is more advanced than that of those who came before us results in a loss of identity and an arrogance based on a fatal self-centered notion that ignores the importance of history. In the same book Ellen White offered the brilliantly balanced counsel of looking at the pillars of our faith with confidence, while not disparaging the notion of embracing and engaging the future as we continue to grow.

The past is important. The decisions and actions of our present also affect our future; and by informing our present in a balanced way with the past, we will be able to heed the clear apostolic admonition of “fixing our eyes on Jesus, the pioneer and perfecter of faith” (Heb. 12:2). As we express our gratitude for “His leading in our past history,”2 we focus on the One Who transcends time, Who lives in our present, and Who will finish writing history in a mind-blowing future I cannot wait to see.