Be Still, and Know

A hurricane and its aftermath may be the perfect time to wait on God. 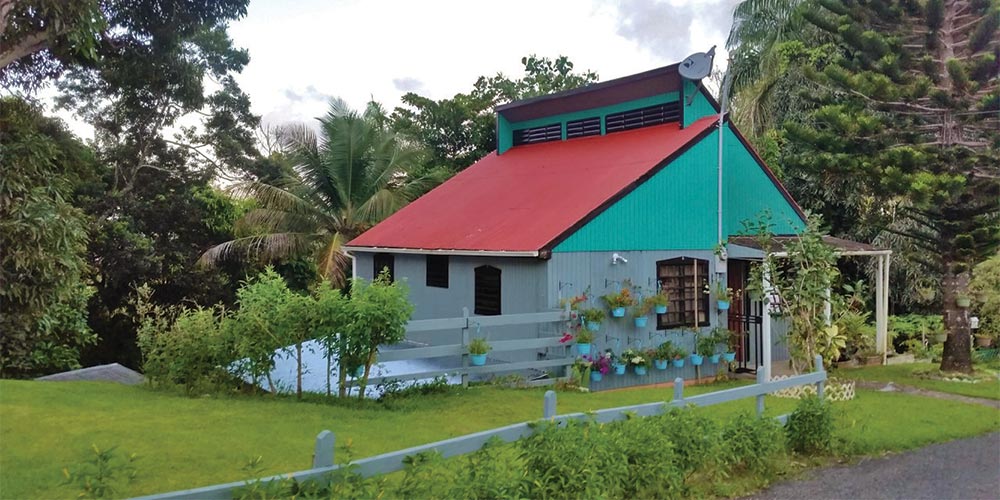 As I spoke with my mother, I asked about their preparations. She said they were boarding up some windows and the main entrance to their house. They had purchased food and water to sustain them in the short term. Mother also shared that they had packed a few things since the neighbor across the street had invited them to stay with her in her concrete house.

I called the following day and confirmed that everything was ready. This time the hurricane was not deviating from its course; it would certainly hit Puerto Rico directly. My parents’ home, a wooden structure on top of a hill on a mountain range, was on the southeast part of the island, precisely in the path of the hurricane.

Be Still, and Pray

After our conversation I could have turned to doubt and worry, but that would have accomplished nothing. Instead, I turned to my faith and trust in God. I prayed and specifically asked God for my parents’ safety, and for my family and friends as well.

Then I turned to social media to solicit support and strength. While I experienced the agony of my parents’ situation, the words of Psalm 46:10 kept coming to mind: “Be still, and know that I am God.” This beautiful promise provided a sense of security and peace, as if God spoke directly to me: “Let Me be in control.”

Here are some postings from Facebook as they relate to my journey through a challenging time for our family.

How heart-wrenching it is to say goodbye to your parents, just in case. Giving it to You, Lord.

Thank you, everyone, for your prayers, notes of encouragement, and most of all, genuine care and concern. My parents got in touch a moment ago. Praise God, they are fine. . . . My parents lost their home—EVERYTHING! They are homeless. They have been with a neighbor, and will remain there until we can figure things out.

Again, thank you . . . for your love and prayers. . . . Communication in Puerto Rico is nearly impossible at the moment. Some municipalities have yet to report on their status. Many cities and towns have to be evacuated, moving people to higher ground because of flooding. Some towns are essentially covered in water. . . .

In the midst of all this, God has opened a way. I was able to reach my parents this morning. They are alive and holding on as best they can under the circumstances. Thank You, Lord! They have a small supply of food and water, and a bed to sleep in. Praise God for the compassion of a neighbor who has taken them in. I don’t know who they are—a woman and her son—but they are already my family. . . .

Now to the bigger challenge: [I] need to find a way to . . . get to my parents. . . . Roads are impassible because of debris, bridges that have collapsed, flooding, and other challenges. The airport is to open today with the U.S. military flying in food, water, and other supplies. Domestic flights have not been cleared yet. But as I said, I’m still, and I know that God is God; He will open that way, too.

Prayers have been answered. Once again, thank you for the support you have been to me and my family. God has opened a way. . . . Arrangements have been made, and [I] will be reuniting with them next weekend. Praise God! [I need] continuing prayers for other family members we have not heard from, and many others who have yet to hear from their loved ones.

I’m back from Puerto Rico. My parents have been recovered and safe. They are with my sister. They will be sharing time with each of us (four siblings) as we love on them, care for them, help them settle, and secure a new place for them to begin a new chapter.

Our family has expanded. I had the opportunity to take cases of supplies to the neighbors who took my parents in, our new sister and brother, Aracelis and Christian. [They are] beautiful people, with hearts of gold. Our relationship will continue to grow and extend beyond the circumstances that brought us together. . . .

On behalf of my parents and family, we thank you for the many prayers and tangible support. We request your continued prayers for Puerto Rico. I have so many stories from my short time there. . . . No pictures prepare you for what you actually see, smell, experience. My heart broke as I saw the devastation and destruction.

But the people are resilient, strong in spirit, and resourceful. The journey of recovery will be slow, and the process testing and strenuous. My trip was not only to recover my parents but also to assess needs. I’m working to put together a group to go back and help. . . . There are logistical details I have to figure out first. . . .

Let us be compassionate, empathetic, kind, and much more. Let us extend the hands of Jesus to a world that is conflict-ridden. Look at me, preaching. Of course, I wouldn’t be doing my part if I didn’t do a bit of that.

The Rest of the Story

It took longer to reach my parents than I expected. Canceled flights and other issues made travel difficult. But I kept asking God for a way. We continued calling airlines and working out different scenarios until it finally came together. It took two weeks, but we found a way.

On my journey to Puerto Rico I was delayed in Newark. I had made arrangements for Dad to pick me up at the airport in San Juan. Because communication was still impossible, I was unable to notify him that I was delayed. I was concerned he would be unable to connect with me, and I would have to find a different way to get to them. I prayed, and kept praying.

I spoke with some of the individuals waiting at the gate. Understandably, everyone was concerned for their loved ones. I shared that I had not been able to get hold of my family, and that I wasn’t sure I would be able to connect with them at the airport. Another woman, Diana, said she had already been traveling for two days from California, and she was trying to find her family. As we shared stories, we immediately bonded and agreed that once we reached San Juan, we would meet at baggage claim and try to figure out how to get to our families.

I remember thinking, Lord, thank You for “angels” You have provided to help me reach my parents. In the meantime I kept praying that I could somehow reach Mom or Dad. I kept calling, but there was never an answer, no signal. I had a five-hour delay, and I prayed the entire time. On the plane I found my seat, placed my carry-on in the overhead compartment, and buckled my seat belt. At that moment my phone rang. It was Dad! He was at the airport in San Juan. I told him that I had been delayed and that I would not see him for four hours. The phone call dro
pped after I shared what had happened.

After arriving at the airport in San Juan, I met the group at baggage claim and told them I had connected with my father. We hugged, said goodbye, and wished each other luck as we parted ways. The rest of the group moved forward with their plan. I met my parents, hugged them, cried, and hugged them again.

We loaded the car and left the airport. As I drove, I kept seeing total devastation. It looked as if a bomb had exploded: everything was destroyed. Any trees left standing were stripped of foliage. Many roads were still covered with debris; towns had no electricity, except those lucky enough to have generators.

Finally we arrived at what used to be our home. Had the good Samaritan next door not invited my parents to stay with her, they would not have survived. I praise God for their kindness and goodness. They housed my parents for two weeks and took great care of them. I got better acquainted with them and gave them the supplies I brought. They even prepared a bed for me.

The next morning I prayed that no delays or issues would surface during our return trip to Newark, where we were to meet my siblings. God answered yes to that prayer, too. My flight to Washington, D.C., was delayed. But we got back to the mainland, and we are together now. My delays were a minor inconvenience.

I wish I could say that all is fine, or normal, but it is not. As I write, my parents (yes, both of them) have been hospitalized with pneumonia. There is still much work we need to do to settle things for them. We are navigating our “new normal.” Of greater importance is finding a new place for my parents to begin the next phase of their lives. I know God will show us what to do. For now, we are still, trusting God to do what’s necessary.

God impressed my heart to allow Him to be in control. I have, and He has demonstrated that He cares about every little thing. He wants to be involved in our lives. He is attentive to our struggles and successes. All He desires is for us to trust Him: to “be still” and know that “He is God.” Even when His answers are not what we expect, we can rejoice in knowing that He loves us and will never abandon us. We can remain in the stillness of His love.

Marilyn Scott is associate pastor for families at New Hope Adventist Church in Fulton, Maryland. She loves working with children and their families.