What good is an airport when the community swimming pool is empty? 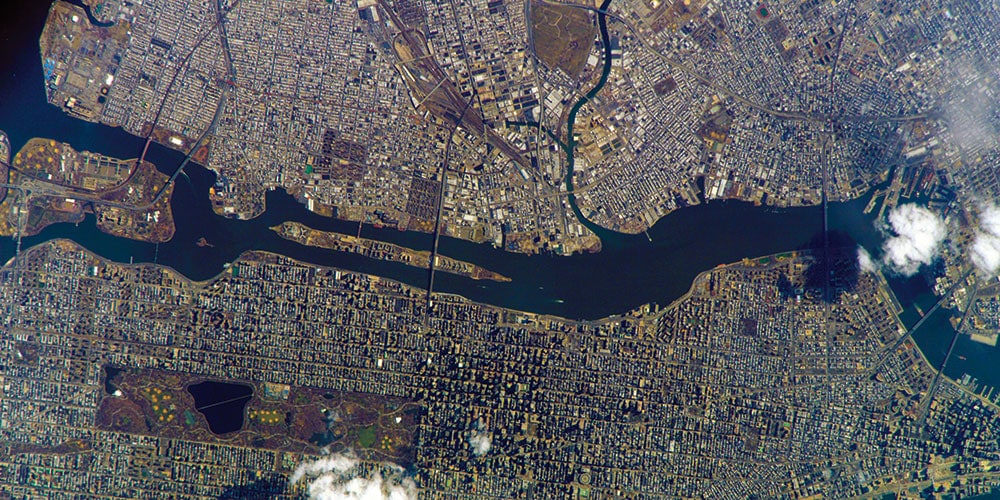 When it comes to cities, the Seventh-day Adventist Church has a challenge. Think about these numbers: Most of the world’s people now live in cities, and urban migration continues like a flood. Today more than 500 cities have populations of more than 1 million people, and these cities are social and economic powerhouses, generating more than 80 percent of global gross domestic product.

There’s little doubt that cities are our biggest and most challenging mission field. But it’s a mission field that defies easy answers or quick fixes. Occasional evangelistic Band-Aids won’t work. And many urbanites just don’t respond to traditional outreach approaches.

What can we do? To start, we need to reclaim our call to long-term, on-the-ground, wholistic ministry to the cities. And in doing so, we must follow the method and example of Jesus in bringing hope to city streets.

Have a Nice Day

In the summer of 2009, 40-year-old attorney Kasim Reed was running for mayor of the city of Atlanta, Georgia. It had been his dream since he was 13. Unfortunately, he was losing badly. “You’re super-losing,” a friend told him.

Political consultants told him to get out on the streets and start knocking on doors—“the people need to see you.” The plan was to visit at least 150 houses a day, spending no longer than three minutes at each. It’s said that an Atlanta summer is so hot that the mosquitoes are sticking together. And it was a mosquitoes-sticking-together day in July when Reed worked his way through Mechanicsville, one of the city’s oldest neighborhoods.

He knocked on one door and said, “Hello, I’m Kasim Reed. I’m a Georgia state senator, and I’d like to be your mayor. May I talk to you about the campaign?”

He remembers “a wonderful old woman with a warm face” looking at him through a steel-barred door and saying, “Come on in, baby.” Seeing him sweating, the kindly woman poured Kasim a tall drink and sat him down. “Tell me why you think you should be mayor,” she said.

Reed trotted out his stock answers: Atlanta is the cradle of the civil rights movement; it has a large concentration of Fortune 500 businesses; it operates the world’s busiest passenger airport; it boasts wonderful restaurants. “And I believe I can make the city stronger,” he concluded.

“She looked at me as if I were a Martian,” recalls Reed. “None of that was getting through. I felt terrible.”

The woman took Reed outside and said, “Let me show you the Atlanta I know.” She pointed to an empty swimming pool with some young boys shooting dice. To the left stood a gazebo that had been used for picnics. It was now covered in gang graffiti and filled with guys playing loud music.

“That’s the Atlanta I know, baby,” she said. “Let me tell you something else. I’m a pretty good cook myself, so I don’t go to the restaurants you’re talking about. And if I were going to go to restaurants, I’d need to take the bus, and I don’t really feel safe going out at night right now. And that airport that you all are always talking about, baby, I don’t fly. Now you have a nice day.”

Reed left that house having invested 15 valuable minutes instead of three, convinced that she didn’t like him and that he wouldn’t get her vote. But that 15 minutes proved to be worth every second and more for the future mayor of Atlanta. “I changed that day,” he says, “because what I understood from that visit with Miss Davis was that until you see a city how people who are most in need of help see it, you’re never going to reach them. And I was never the same.”1

Effective Seventh-day Adventist urban mission must see a city as people who are most in need of help see it. Details of urban mission can’t be produced or planned by remote control in distant church administrative committees or university classrooms. Eternal principles must guide, but particular methods and approaches emerge from local streets and neighborhoods. Ellen White talks about how many costly outreach efforts have failed because they do not “meet the wants of the time or the place.”2

Simplicity Outreach Center, an urban center of influence, touches hundreds of lives in the heart of Allentown, Pennsylvania. Wes Via, former director of Simplicity, says his team first spent a lot of time just walking the neighborhood getting to know people. He says that every urban situation is unique. “It’s tempting to think that if I just follow a particular model that’s worked elsewhere—follow step A, B, C, and D—then I’ll have success,” he says. “We want to extrapolate directly from one context to another. But that is not the nature of wholistic outreach—Christ’s ministry—which must always be responsive to the culture in which it’s located. Even within one city, such as New York, the needs of people in Harlem won’t be the same as those in Manhattan, or Brooklyn.”3

Effective urban mission follows Christ’s footsteps by walking city streets. It sees what people are doing and not doing. It observes what they’re “worshipping.” It witnesses what’s causing people joy and what’s causing pain. It feels the social, physical, emotional, and spiritual needs in a community.

When the apostle Paul visited Athens, he spent time walking around the city, looking carefully (Acts 17:23). When he later stood in front of the Aeropagus, he tailored his message to the specific, local context—based on his personal experience of the city. His first illustration came from a statue to the unknown god he had seen in their neighborhood—an apt bridge to talk about the true God. Ellen White says that on that day on Mars Hill Paul gained a victory for Christianity in the heart of paganism.4

Years later, in 1901, John Corliss was pastoring the Seventh-day Adventist church in San Francisco (a church Ellen White described as a “beehive” because it was so busy working in the community).5 He too discovered the importance of seeing a city from a local perspective. “A man working in a city goes there to study the situation from every detail he meets along the way,” he said at that year’s General Conference session in Battle Creek. “My candid convictions are that to be most successful in city work, we must have men who will keep their eyes open.”6

Ministering to the City

Ellen White summarizes Christ’s method of ministry: mingling with people, showing sympathy to them, ministering to their needs, winning their confidence, and bidding them to follow Him.7 This must be the blueprint for urban mission. It means connecting with people at the local and personal level. It’s about local neighborhoods, not airports.

Christ’s method can be implemented in myriad ways, but Ellen White championed an urban model that she called centers of influence: small platforms for launching Christ’s method of ministry and connecting to city communities.8 She talked about such things as health centers, treatment rooms, and vegetarian restaurants. Today urban centers of influence take various forms in dozens of countries: refugee assimilation centers, juice bars, secondhand stores, vegetarian restaurants, health clinics, music centers, recreational facilities, health food stores, massage centers—the list just goes on.9 They may look different, but all urban Centers of Influence should have the same goal to minister to people’s physical and spiritual needs, lead people to Jesus, and plant new groups of believers.

When Jesus saw the crowds “he had compassion on them because they were confused and helpless” (Matt. 9:36, NLT).10 His compassion must also be our stance, our perspective, our motivation, for city ministry.

In 1901 David Paulson wrote an article entitled “The True Motive of Christian Service.” A close friend of John Harvey Kellogg’s and Ellen White’s, Paulson was personally and intimately involved in inner-city and health ministry. He wrote not just from theory but from experience. Paulson described how Jesus focused on “needs” and not on “results.” Only “genuine love for humanity,” says Paulson, will win people to Christ. Those who are interested in ministering only to people they think can become church members actually build “distrust and suspicion” and “closes more and more doors.”11

Throughout the Gospels we see Jesus demonstrating unconditional love in towns and villages in which He ministered. He taught in synagogues, but He spent more time going to where the people were. He blessed blind men beside dusty roads, women gathered by wells, and tax collectors in trees.

Wholistic urban ministry involves words and action. It can’t be done from a religious enclave, by remote control, from a distance. It can’t be short-term, with only passing contact. It involves rubbing shoulders, touching hands, looking into eyes with Jesus’ compassion. It is not just about telling people about the truth of God’s Word, but demonstrating the truth of that Word.

Today’s digital age could tempt us to see technology as the answer to the challenge of urban mission. But technology can only convey information, which is only part of Christ’s method of ministry. We must use digital media, but it can only support, not replace, personal involvement. More than 100 years ago Ellen White told us, “It is through the social relations that Christianity comes in contact with the world.”12 She also said that this work can’t be done “by proxy” and that it requires “personal labor.” She adds: “Sermons will not do it.”13

When Kasim Reed became mayor of Atlanta, he never forgot his visit with Ms. Davis in Mechanicsville. He remembered how she had taught him that fancy ideas about restaurants and airports needed to land where she lived. When he took office, two thirds of the city’s recreation centers had been closed. He worked to open every one of them.

As we share the truth we hold dear, Reed’s experience teaches us that we must do more than print out a Google map and draw a target on a neighborhood. We must do more than conduct quick sorties in and out of cities. We must do more than just bring a preset cookie-cutter agenda of solutions. Our calling in the cities is to listen, learn, and love. Sharing hope in the streets with people who don’t fly.