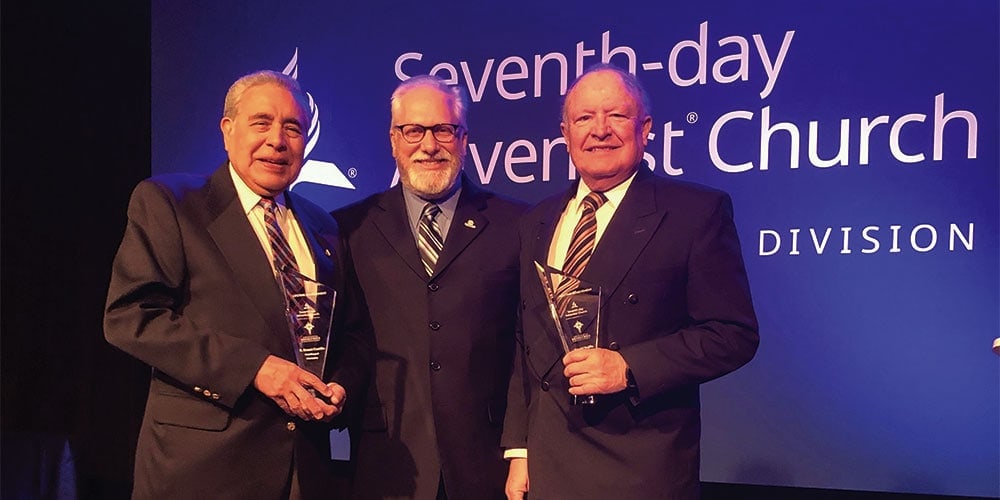 Tony Anobile is vice president for the Office of Multilingual Ministries for the North American Division. As we observe the 120-year anniversary of the beginning of the Adventist work among Hispanics, we asked him to tell us about his role, as well as to reflect on the work among Hispanics today. —Editors.

You’re vice president for Multilingual Ministries for the North American Division. What does that mean?

It means that I oversee 15 language groups that are officially recognized by the North American Division.

Before you came to the North American Division . . .

I was at the Pacific Union Conference as a vice president and coordinated volunteer and refugee ministries. Before that I was president of the Arizona Conference.

You were a conference president and a union conference vice president. What made you say, “I think I can do something positive at the North American Division”?

I was associated with the Hispanic Advisory. And working with refugee ministries in Arizona opened my eyes to the reality: what can we do to help everybody in this country understand the beauty of Jesus Christ?

Refugee immigrant growth is going to lead the church in North America.

Give us a bird’s-eye view of the Hispanic work in North America.

[Hispanic] growth is phenomenal. We bring a lot of our evangelistic mentality to North America.

When I took over, a NET event had been planned for September 2018. NET events were great in the 1990s and 2000s. The coordinators told me, “You can do that if you want, but participation is going to be minimal, with minimal results.”

They said, “Resources and training; that’s what the division can do to help.”

So we took the funding for the NET and prepared a 21-course kit that has material for the pastor, leaders of small groups, the church as a whole, and for doing evangelism in pairs. We put all that into a box and called it “Life GPS.” In Spanish, GPS stands for healthy small groups. VIDA (life) stands for vision, identity, development, and acceptance, which we feel are key elements to accepting people and feeling accepted.

Alejandro Bullón was scheduled to speak for the NET event, and got on board. He spent 37 days with us.

I said, “There’s no way.” I’ll never forget: I was driving back from a meeting when Ruben Merino, my associate and director of Esperanza TV for North America, said, “I have the order number.”

The evangelistic series we had was only through small groups; no coliseums, no stadiums—churches, homes, in groups of eight to 12 (the healthiest is six to 10).

Everything led to an evangelistic series in April, only through a web page, all free, all through social media (that’s the other revolutionary part).

Compared to a NET event, for which you have to pick which coast you’re going to be on, and everybody has to tune in at a specific time, on social media we could record (we recorded in February), and we posted the program each morning. So if your small group wanted to do it at 3:00 p.m., great. If you want to do it at 4:15, great. If you want to do it at night, it doesn’t matter. Any time you want, anywhere in the country, all you have to do is hit “click.”

We built the studio [set] to look like a home. We actually had a small group, no actors. So when Bullón made the call, they were actually responding on camera.

Bullón is a visionary. He said, “I want stories of people.” So each day Bullón would be facing the audience and he’d say, “You know, Steve had a hard life; Steve this, Steve that, but the Lord . . . and Steve’s here today.” That was exciting.

Then we asked, “Are people going to tune in?” Out of the 750 Spanish pastors, 553 registered, which is phenomenal.

Another issue we had is that for those 40 years old and over, technology is a beast. They said, “Can we get it on DVDs?” I fought it, but I gave in at the end. So we had more than 6,500 DVD sets, and they all got used. So we have numbers to show that we had more than 16,000 small groups.

It’s all in Spanish, but the number-one question I got was “Can we get this in English?” The other question: “Can we do it for kids?” And we’re working on both of those.

The first one is generational. We’re always going to have first-generation Hispanics coming to North America. Their mentality about mission is just different. The second, third, fourth generations are just in a different place.

Another challenge is understanding that it’s OK to be bicultural. That’s where we’re at. It’s OK if it’s a little different.

Do you have counterparts in other church divisions around the world?

I’m close to setting up an advisory for directors of multilingual ministries. There are enough in North America so that we can actually meet. Refugee immigrant growth is going to lead the church in North America.

People say they’re frustrated with having a Hispanic church, an African American church, a Filipino church all within walking distance. Will that change? It may change a little, but is it ever going to go away? I don’t think so. In heaven we’re all going to speak, according to one group, Yugoslavian.