A World Without Feathers, Fins, or Fur

Where would humanity be without God’s other living creatures? 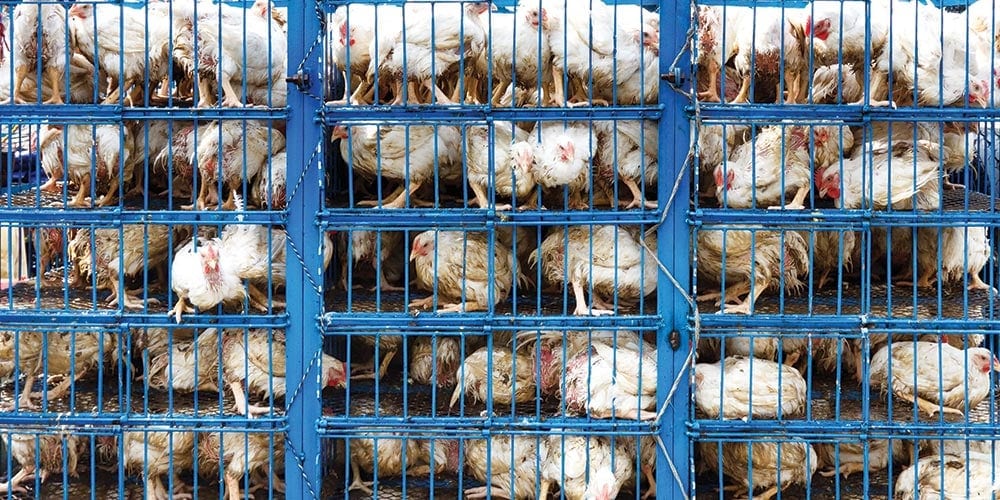 Try something with me, please.

Close your eyes for 30 seconds.

For the first 10 seconds imagine the sky empty of life with wings.

For the next 10 seconds imagine the land around you empty of life with paws, hooves, and claws.

For the final 10 seconds imagine the waters below empty of life with fins and shells.

Were you successful in this exercise? I hope not.

The Creator couldn’t imagine a world without animals either.

In the beginning God created animals—beasts, birds, bees, fish, and behemoths of the seas—even before He created humanity. “And God saw every thing that he had made, and, behold, it was very good” (Gen. 1:31). Good in form, good in function, good in relationship: Adam and Eve had a perfect relationship with the animal kingdom, interactions of such an exalted nature as we hardly ever come close to fathoming. In fact, humanity “was placed, as God’s representative, over the lower orders of being.”1 Animals that eat from God’s hand would have eaten from theirs (Ps. 104:28); in God’s stead humans would have been satisfying “the desire of every living thing” (Ps. 145:16).

When Adam and Eve chose to believe a lie about God and acted upon it, the purity of their relationship with animals came to a devastating end. As rebels against God they could not represent Him to His animal creation. Since that rebellion, animals have suffered gravely from the continuing tragedy of humanity’s decline from God’s image and character. They have been abused and killed. They have been abandoned and neglected. The evidence is heartbreaking, and we have much to answer for.

Some say animals have no voice. They do have a voice; they just cannot speak humanity’s language.

Our callousness strongly contrasts with God’s care for the animals, clearly seen from our first day, in His charge to us to exercise godly dominion and care over all of earth’s living creatures (Gen. 1:27, 28; 2:15). Multiple stories show how closely He and they relate to each other: above and beyond His constant caring there’s Balaam’s talking donkey (Num. 22:27-33), Jonah’s huge fish (1:17), Elijah’s ravens (1 Kings 17:1-6). At the time of Noah’s flood, birds, wild and domesticated animals, creepy-crawly critters—all showed more sensitivity to God’s program than most humans did (Gen. 7:13-16).

And He thinks highly of them: note Jesus’ choice to express His virtues by representing Himself as a lamb; also, as a lion. Oh, the lessons we need to learn from these comparisons!

So why, you might ask, am I taking time to write about our God-given responsibility toward animals? Aren’t there more important issues that demand humanity’s attention, such as humanity itself? Aren’t the lives of those who are poor and sick worth more of our attention than animals?

I suggest that the issue of animal welfare is just as important as any other in life. Why? Because God Himself structured our relationship with these creatures. Unfortunately, we have sometimes misused and neglected them. Whatever our gender, nationality, age, social class, etc., we have a responsibility to honor God’s creation.

I recently served as an advocate, helping animals as a way to connect people to Jesus in a country in which no laws protect animals. With few exceptions, many get away with acts of violence against animals and are OK with it. Because of my sense of  calling, and to help change conditions for animals, I’ve created the hashtag #AnimalsToo to enhance awareness.

Some say animals have no voice. So we need to be their voice. From the beginning, their suffering has been our fault; and today it continues to occur for diverse reasons: cultural traditions, lack of education, lack of empathy, kindness, and sensitivity.

The good news is that we can do better for God’s creation. People can question harmful cultural practices, can be educated, can learn empathy and kindness, and can change health habits.

Here are several simple ways in which we, as lovers of Jesus, as Seventh-day Adventist Christians, as bearers and reflectors of God’s image in humanity, can honor God’s mandate for animal welfare. We can:

Through these avenues and the many others available that you are willing to employ, we can show the world what God had in mind when He created birds that fly, fish that swim and beasts that He gave into our care for our blessing and theirs. Our care can sweeten the songs of the creatures of the air and the field, music that even now testifies to the “tender, fatherly care of our God.”2 Their music and ours may ascend together to heaven in response to the stirring invitation of that glorious hymn expressing the thoughts of  Francis of Assisi as paraphrased by William H. Draper: “All creatures of our God and King, lift up your voice with us and sing: Alleluia! Alleluia!”3

The future, fearless, careless joy of birds on the wing and beasts in their lairs depends on us humans. It isn’t too soon to let Jesus have His way with us. It isn’t too soon to see Jesus descend, to return with anthems of aweful joy to our original garden home and revel together with them in Eden, our common home restored.

Cliff's Edge
Unexpected Twists
I struggle somewhat with the idea that God allows to fall on us only what he knows we are capable of enduring.
Editorial
Crystallizing Angels
It’s a global confrontation between frogs and angels, ribbits and trumpets, and warts and wings.