A Bridge for Every Gap

What good is Christianity if it doesn’t change us? 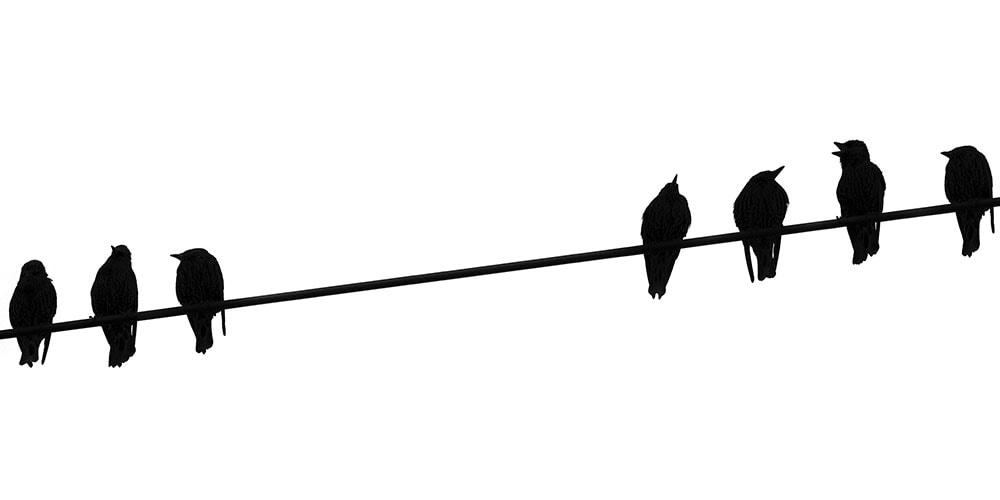 The injustices of our world are the divisions of our world: tribalism, nationalism, racism. Many other kinds of prejudices and hatreds are passed along mindlessly from one generation to the next. In some places people try to avenge offenses suffered by their ancestors hundreds or even thousands of years ago.

For longer than most of us could remember, Sister Luisa had been a pillar in the church. She seemed like everyone’s mother. Every time the doors opened, she was there. And as the others arrived, she never failed to have a smile, a hug, and a word of encouragement for each one.

Then one terrible day Roxana, a young woman hardly out of her teens, stood up and said: “I saw it with my own eyes: The last time the church received a shipment of clothing for the poor, Sister Luisa took several bags, stuffed them full of clothes and gave them to her family and close relatives.”

Some folks glanced nervously at Luisa and saw that she was staring at the floor. After the meeting several looked for her to offer a word of support and encouragement, but she had vanished. For the first time anyone could remember, she didn’t stay around to speak to the young mothers and help the deacons put things away before they locked up the building.

One of Luisa’s friends stopped by her house the next day. Tears came as they talked about what had happened. “Aren’t my poor relations as worthy of help as anyone else?” said Luisa. “Just because they are related to me, does that mean I can’t help them? Why didn’t Roxana tell me if that’s how she felt? Why did she have to get up and accuse me in front of the whole church?”

We can be of one heart even when we are not all of one mind.

“You’re absolutely right,” her friend said with a sense of indignant sympathy. “It’s just terrible what she did.”

Within a week it seemed that everyone in the church had lined up on one side or the other. The older women, in general, sided with Luisa, while most of the younger members said they admired Roxana for her courage. A few even said that Luisa acted as if she were the owner of the church. It was good that somebody had put her in her place.

What Is, and What Should Be

Divisions shouldn’t completely surprise us: we live in a sinful world, and division and breakage and breaking up are the essence of sin. And sadly enough, the church, the institution established by Jesus to bring people into unity with Himself, has not been free from this kind of strife.

Jesus saw it coming, and it weighed heavily on His heart. He prayed for His disciples, and “for those who will believe in me because of them”: “The goal is for all of them to become one heart and mind—just as you, Father, are in me and I in you”(John 17:20, 21, Message).1

The apostle Paul also worried about unity in the church. Believers at Corinth had split into factions, each bragging about who had baptized them (1 Cor. 1:12, 13). And when they celebrated the Lord’s Supper the wealthy members took part while the poor had to sit there looking on (1 Cor. 11:18-21). So divisions and discrimination in the church are nothing new.

In his letter to the Ephesians, Paul talks about two different levels of unity. “Make every effort,” he wrote, “to keep the unity of spirit” (Eph. 4:3, author’s rendering). He sees this kind of unity as one of the fruits of the Spirit, recognizing that it is not a normal condition—we are not naturally harmonious and agreeable. Then, in the following verses, he talks about the gifts of the Spirit and says that God has sent them to help the church mature and grow until it reaches “unity in the faith” (verse 13).

Through the work of the Holy Spirit we can have unity of spirit while we are growing toward unity in the faith, that is, unity in our understanding of truth. We can be of one heart even when we are not all of one mind. We can love and respect people who may not agree with us.

But it is not God’s plan for us to agree to disagree and leave it there. As we study the Word under the guidance of the Spirit, we will grow toward unity of faith until, one day, we can “stand fast in one spirit and one mind, striving together for the faith of the gospel” (Phil. 1:27, author’s rendering).

Does this kind of unity sound utopian, almost too much to hope for in the real world where people seem to disagree on just about everything? I think it does. True unity, in the church, at home, or anywhere else, is a miracle, a gift from God. Jesus said that it would set us apart as distinct and different. “By this everyone will know that you are my disciples, if you love one another” (John 13:35).

Almost Too Good to Be True

Jesus prayed, “I have given them the glory that you gave me, that they may be one as we are one—I in them and you in me—so that they may be brought to complete unity. Then the world will know that you sent me and have loved them even as you have loved me” (John 17:22, 23).

Commenting on this passage, Ellen White wrote: “Every time I read this statement, it seems almost too good to be true. But I receive it and believe it, and I thank God for His full and abundant promises.”2

That’s what we need to do: receive, believe, and, more than that, live God’s promises, including this one about the wonder of complete unity. Then we will have abundant reason to praise and thank God for it.

After Roxana’s public rebuke, and everybody’s taking sides, Luisa almost disappeared. If she came to church at all, she arrived late and left early. For a lot of us, church seemed like a different place.

Several months went by this way. Then one day the head elder announced that next Sabbath we would be celebrating Holy Communion, the rites of the Lord’s Supper.

Roxana came to the meeting that day. You could see her sitting in one corner toward the back.

The Communion table was resplendent and colorful. The bread and wine, representing Jesus’ broken body and blood, were laid out on spotless silver trays. The sweet fragrance of the grape filled the little church. The pastor began reading the familiar texts: “This is My body which is broken for you” (1 Cor. 11:24, NKJV).3 “This is My blood . . . ,which is shed for many for the remission of sins” (Matt. 26:28, NKJV).

Roxana said later that as she heard these words, her eyes seemed to focus on the bleeding Savior, and her soul was touched. She saw herself a forgiven sinner, covered by the mercy and grace of God, and she thought of Luisa. She’s a sinner, too, struggling against the power of a fallen nature, just as I am. How could I set myself up to pass a harsh judgment on her for what she did? As Roxana opened her heart to the work of the Spirit, she was horrified to realize the deadly effect the controversy had caused the church.

Luisa was there too. She had spent many waking moments since that awful day, thinking about how Roxana had hurt her, how unfair it had been, and how some of the others had turned their backs on her after her years of faithful service.

But now, in the presence of Jesus’ loving sacrifice, her eyes, too, began to focus in a different direction. Her feelings of hurt and self-pity began to melt away. Roxana is a young woman, just starting in life. I’ve made enough mistakes myself. After what Jesus went through for me, how could I continue to feel so much resentment about what she did?

As Luisa was thinking about this, she saw Roxana coming toward her with tears in her eyes. “Sister Luisa, I’m so sorry,” said Roxana. They embraced as both of them wept openly.

As the rest of us witnessed the sc
ene that day, it seemed that a ray of sunshine had come down from the sky, and the power of the Spirit came near.

When Jesus is the centerpiece, when our thoughts are dominated by gratitude for what He has done, then our souls will find rest in Him, and nothing else will be as important. This is the great commonality of the gospel. Nothing but the gospel can be so effective in bridging every gap and overcoming every barrier:

“All of you who were baptized into Christ

have clothed yourselves with Christ.

There is neither Jew nor Gentile,

Neither slave nor free,

Nor is there male and female,

There is also neither Brown nor Yellow, Black nor White,

Old nor young, rich nor poor,

Loron Wade is a retired professor of theology, living in Montemorelos, Nuevo León, Mexico. Much of this article comes from a chapter entitled “Unity in the Body of Christ,” in his book Simply Put (Hagerstown, Md.: Review and Herald Pub. Assn., 2009).