​Developing Minds and Souls With Music 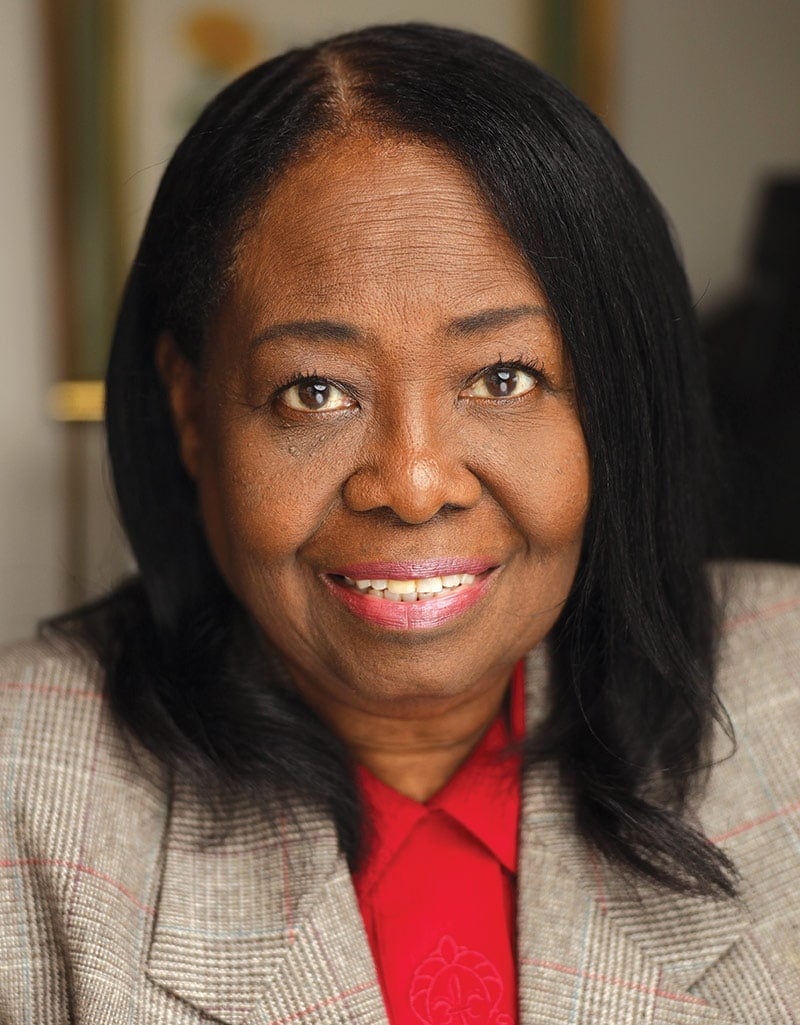 Nevilla Ottley and her music school are practically institutions around here,” says Merle Poirier, a Maryland resident and operations manager for Adventist Review Ministries. “I took my two girls when they were toddlers to a mothers and tots-type music course that Mrs. Ottley held at my local church in the early 1990s. The words of a lullaby she taught us have stuck in my mind ever since, and I’ve sung it not only to my daughters when they were young to help them go to sleep but also now to my grandson.

“Then in more recent years,” Poirier adds, “Mrs. Ottley would bring her students to the assisted-living facility where my mom was staying to perform for the residents. My mom, who also was a musician, always looked forward to the visits from the school and said the young people performed beautifully. Nevilla Ottley is an excellent teacher.”

The thousands of students who have developed their skills at the Adventist-run Ottley Music School (OMS) throughout the past 48 years attest the accuracy of Poirier’s assessment. Many of those students have gone on to become professional performing musicians; others have chosen careers in such fields as medicine, civil engineering, education, and architecture, among others.

“Most of the students who take music classes at our school from when they are young go on to college—many on a full-ride scholarship,” Nevilla Ottley, director and founder of the school, says. “They may not pursue a career in music, but they all go to college.”

Ottley says that studying music involves discipline and time management, which help in any field of study students may pursue. “I feel proud when I see them choose careers that benefit others.”

Some former students are now teaching for the school or serving on its 11-member board.

Never Too Late to Learn

OMS is a nonprofit musical learning institution financed by tuition and donations. Established in 1973, it offers instruction in piano, organ, voice and drama, stringed instruments, percussion, woodwinds, brasses, and world instruments such as the steel pans of Trinidad and Tobago and hand drums. No age restrictions from preschoolers to seniors hinder aspiring musicians from picking up an instrument, even for the first time, to learn how to “make a joyful”—as well as a beautiful—“noise unto the Lord” (see Ps. 100:1-4, KJV).

“One of my older students had dementia but enjoyed the lessons, even though she would forget what she had learned by the time she got home,” Ottley says. “Her daughter attended the lessons with her and helped her to practice. She did it just for the mom to enjoy herself in her last years.”

Another senior at age 80 went to Ottley’s school for voice and piano lessons for about two years. More than a decade later Ottley attended a doctoral graduation party at the home of the woman’s niece. “Aunt Mary sat down at the piano, and to the surprise of all, started playing beautifully!” says Ottley. “She was then 94.”

“People get a lot of enjoyment from music, and during this pandemic they want music,” she says. “It’s stress-relieving.”

Students and teachers come from not only the Washington Metropolitan community in Maryland but also numerous regions throughout the United States, as well as Europe, Iceland, Asia, Africa, South America, and the Pacific and Caribbean island countries. Many of them take classes via teleconferencing.

Almost all of the school’s 12 teachers are college-trained, degreed instructors who are also certified to teach students with certain learning disabilities. OMS currently has an enrollment of about 70 students.

Although it’s never too late to learn, Ottley says that according to Plato and Greek philosophers from before the time of Christ, early music training develops not only children’s cognitive abilities but also their moral values.1

“My father once told me that music is a development tool for the brain,” Ottley says. “My parents were musicians, but even though they were both born in 1914, my father knew that music helps to develop a person’s brain. That’s a proven concept today—that the study of music enhances cognitive development and productiveness in both children and adults2—but I’ve often wondered, How did my dad know that back then? That’s remarkable to me.”

Many brains are being developed at OMS through the school’s Music for Little Mozarts program, designed for 4- to 6-year-olds, then continuing through graduate-school level. Students are involved in music competitions, pageants, music camps, and recitals. They’ve performed at such venues as the Clarice Smith Performing Arts Center, the Kennedy Center, and Carnegie Hall. Some students and teachers have traveled to the United Kingdom, Europe, Africa, and the Caribbean to perform. Students also performed at three General Conference sessions, where Adventist Church delegates from all world divisions meet to deal with church business.

Within the past decade, OMS has performed in various concerts at the Bowie Performing Arts Center in Maryland in partnership with the Coalition for African Americans in the Performing Arts; sang and played for the 150th anniversary of the reading of the Emancipation Proclamation at Arlington House in Virginia; and performed twice at Maryland’s state capitol building.

Also not overlooked is preparation for service.

“Before COVID we would take the students to nursing homes and sing for the residents, and then the students would go around and talk to the people there,” Ottley says. “One time a resident came to listen to our performance, and she was all dressed up and had her hair and nails done. And she said, ‘This is my Kennedy Center, so I dress up for it.’ So after that I told the kids, ‘Whenever you go there, you dress up, because that’s their Kennedy Center.’”

The students have also done fundraising for a local women’s shelter, and for about a decade have performed for an annual cancer survivor’s celebration and for area churches.

“The children learn what service in a church means, and that isn’t just to sit there and be entertained by the minister,” Ottley says. “They know what it is to serve.”

As Far Back as Adam

Ottley, who holds a bachelor’s degree in music education, a master’s in music history and organ performance, and a second master’s in music conducting, has taught music for more than 60 years. She says music has been in her family’s blood for generations.

“It goes as far back as Adam,” she says, only somewhat jokingly.

Ottley and her parents were born in Trinidad. Her father moved to Michigan in 1945, the year Ottley was born, and Ottley and her mother joined him there in 1947. Their love of music came with them. “My father and mother both sang,” Ottley says. “My dad was called ‘a sweet singer in Israel,’ both in Trinidad and California. My maternal grandfather was a musician, as were my mom’s brother and two sisters. My paternal grandfather was a string player. My brother, Dr. Myron Ottley, who retired from EPA [Environmental Protection Agency] toxicology and pharmacology, was a member of the Breath of Life Quartet and conducted the Metrosingers of the Metropolitan Adventist Church in Hyattsville, Marylan
d.” Numerous other family members are musicians as well.

“My parents made sure that each of us had music lessons from the time we were in single-digit numbers in age,” she says.

Ottley’s musical heritage, however, can be traced back much further than her grandparents. Recently she came into possession of a diary belonging to Elizabeth Ottley, an eighteenth-century relative. In her diary Elizabeth wrote about friends coming to visit her for Christmas in 1772 and playing in a concert together. Elizabeth was 15 at the time. Elizabeth also talks about shipping a piano to the Caribbean and her concern for its safety when the ship carrying it was caught in a storm.

Good for the Soul

Ottley believes the study of music has been especially beneficial during the COVID-19 pandemic.

“People get a lot of enjoyment from music, and during this pandemic they want music,” she says. “It’s stress-relieving.”

Teaching lessons almost exclusively using Zoom and other remote-learning technology this past year has had its challenges, Ottley says, but there’s also been an upside.

“We’ve been receiving requests for music lessons from all over,” she says. “People from Los Angeles, Louisiana, Alabama, Mississippi, Toronto, and even from Ghana have contacted us. We’ve significantly expanded our reach.”

When the day arrives for Ottley to transition into retirement, she doesn’t anticipate an aimless lifestyle. Along with spending more time with her husband and children, book writing, she says, is part of her future plans.

After taking a course on Black composers of choral music while attending university in the 1970s, Ottley says she walked into the Adventist radio station WGTS-FM in Takoma Park, Maryland, and convinced them to let her produce a weekly program involving Black composers of classical music. The program was a hit, and Ottley continued to do the show from 1976 to 1991. Her passion for the subject has stayed with her.

“I’ve recently written and released a book on Black pianists of classical music born between 1838 and 1933, and another book on famous Black composers born before 1850,” she says. “Now I want to write on Black singers, instrumentalists, and Black composers of music born after 1850.”

In the meantime Ottley continues to promote excellence in music making and the betterment of students’ lives and of society.

“The goal of our school is to offer a comprehensive, culturally diverse music and performing arts education experience provided by stellar and creative faculty,” Ottley says. “I believe we’ve been doing that for almost half a century now, and—God willing—we hope to continue for many more years to come.”

To learn more about Ottley Music School, go to www.ottleymusic.org.