Making Friends in the Scientific Community 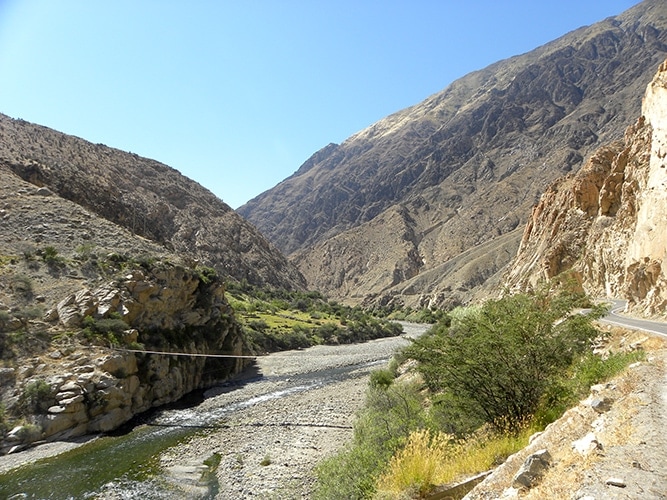 One often hears of conflict between religion and science or that creationists are anti-science. This article rejects such mindsets and presents another perspective about looking for the good even in people we may disagree with. Antagonism between good and evil exists, but as Nobel laureate Aleksandr Solzhenitsyn says: “The line separating good and evil passes . . . through every human heart.” This article is about looking for the good. As George Vandeman wrote on what he liked about other churches,¹ this article emphasizes what to like about scientists having other viewpoints.²

Darwinism has its theological and scientific problems,³ but Charles Darwin was more than just his theory, as were Charles Lyell, James Hutton, and other founders of geology who enjoyed positive affiliations with Christian colleagues. Darwin was close to his devout Christian wife. In his Autobiography he said that early on Milton’s Paradise Lost was his favorite during his world voyage on the Beagle. However, he found it difficult to believe that a God of love was the source of everlasting punishment, parasitism, and the death of his child from typhoid. Like everyone else, scientists seek answers to the big questions. We can appreciate our shared humanity and all work together in mutually fulfilling ways.

Consilience can be expected in studying nature and revelation, for God is the author of both. Modern science developed within a Judeo-Christian culture and many of the founders of science were Christians, studying nature as God’s handiwork in order to glorify God.4 This article describes the experiences of dedicated Christians doing good science within a welcoming scientific community, as suggested in other recent church articles.5

After attending only Seventh-day Adventist schools through a master’s degree in geology at Loma Linda University (LLU), I was not sure what to expect when accepted for a final degree in nuclear physics. During the first social event with my major professor, Jerry, I offered prayer before we ate. I was occasionally scheduled for tests on Saturdays and experimental runs at the Los Alamos particle accelerator that worked 24/7; however, Jerry went out of his way to accommodate my religious beliefs.

While at the Geoscience Research Institute (GRI), I was invited to work in the carbon-14 laboratory at University of California, Riverside (UCR), for a year. During that time I took a geology class in which the professor scheduled all the geology field trips on Saturdays. When asked about alternate options, he said I would just fail without doing field trips. I told him I would do my best because I was in the class to learn, not for a grade. Although everyone’s situation may not be resolved so easily, I was top in the class and able to work around Saturday field trips with the professor’s blessing.

The following quarter I took an advanced class studying granite-like rocks from a different UCR professor, but the same teaching assistant. She had already talked to Doug, and without my even asking, they arranged all the field trips for weekdays. At the end of the quarter I asked Doug if he had any research I could assist with. He gave me a massive geochemical data set from southern California granitoid rocks and said, “See what you can do.” I have worked with this professor and data for almost 20 years, resulting in several peer-reviewed articles,6 and thanks to Lance, a former student, we continue our research and publishing. 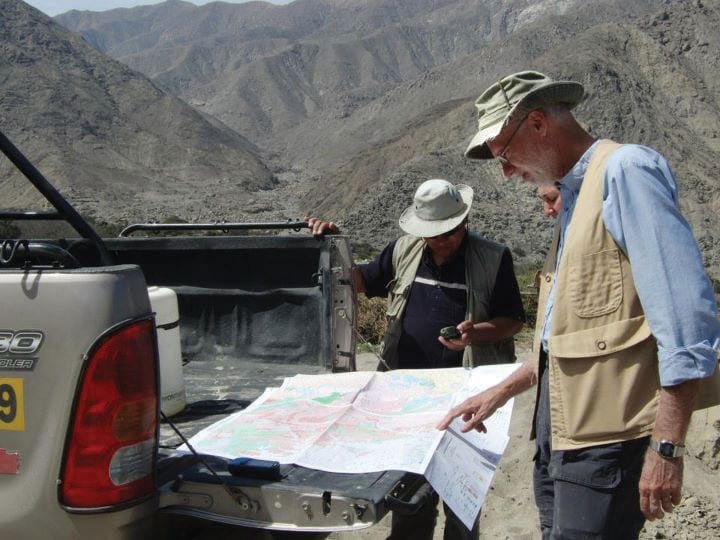 My research with Doug led to many other research collaborations: an American Geophysical Union fellow, chairs of the Geological Society of America “granitoid/volcanology” section, and geologists from Colombia, Chile, Mexico, Zambia, India, and China. Greg, a California Institute of Technology alumnus, was a committee member for LLU Ph.D. student Luciano. Greg has been with us to Peru twice for geology fieldwork. Our research group has numerous stories of collaboration and friendship, but I will focus on one.

Thanks to Ana, an LLU geology student from Colombia, I extended my research about California granitoids to Peru. The first poster comparing our research in California and Peru was presented at a geology conference in Avila, Spain.

When I displayed our poster, Scott, a well-known geologist at the University of Southern California, expressed interest in our Peru research. I thought it would be great to work together; however, the next day he was concerned after a web search on my name found an association with creationism. I assured him that I was eager to do good and careful science and gave him my curriculum vitae with a couple dozen nuclear physics publications from working at particle accelerators in the United States, Canada, the Netherlands, and Russia. We were mutually intrigued by our shared science interests. We quickly recognized in each other kindred spirits and someone with whom we could be friends.

A couple years later we invited him and his wife, Vali, to work with us in Peru. We had worship in the morning, prayer before meals, and rest on the Sabbath. We had an excellent week together. While there, Scott encouraged us to get radiometric ages from our rock samples. As a result, we have worked many times at a prominent radiometric dating facility and measured hundreds of uranium-lead ages. Geologist and lab manager Mark and the other lab assistants have always gone out of their way to work with us.

During a GRI field conference for church administrators in the Alps, I asked Scott for suggestions as to what a scientist might tell church leadership. His comments were: “Science is not out to destroy faith, for they can be compatible; the church will be left behind if it shuts its door to science; Ben’s research group has an open door to the scientific community; don’t do pseudoscience.”

We have had many philosophy discussions and are especially intrigued by the “two books” approach of studying God through both nature and the Bible. He thinks the teachings of Jesus serve as a valuable guide for human interactions. We have talked about Galileo, theodicy, the 2016 U.S. election, Sabbath rest, the complex geologic record, and why I am a Seventh-day Adventist.

Over the years he has suggested various reading materials. One book7 has short stories about the Tower of Babel, creation by God’s word, elegance in design, the book of Job, and hell as the absence of God. Omphalos,8 a short story in a bestselling book by the same author, is about a creationist’s prayers and tree rings indicating a very recent creation. Recently other recommendations include a book by an evangelical author,9 a web article about a Christian environmentalist,10 and another about a leading evangelical speaker.11

Several years ago Scott and I agreed to write a joint letter about our collaboration for an online geology discussion group. His summary of our work together was: We have become good friends and trust and respect each other. We are doing a lot of great science research funded in part from church sources. Scott’s life has been enriched by kind and thoughtful people in Ben’s church. Ben has been a “portal” to his church community for young people from all over the world who believe in God and want to learn about science. We continue to learn to communicate through ongoing discussions and shared ideas.

Because of our work with Scott and Vali, Ana spent t
hree years doing postdoctoral research with them before becoming a geology professor at LLU.

An in-press book chapter12 suggests ways of dealing with conflict between geology data and the Genesis record and between science and religion: learn from history, know the issue, do good science, study large-scale geology, recognize human limitations, and always love others.

In doing geology research, we take clues from the Genesis record. We are looking at the worldwide picture: horizontally with plate tectonics, vertically with the geologic column, and in time with radiometric dating. Our research group is finding what the geology community already knew: water is important in geologic processes, geologic rates can vary, and isotopes tell about more than just age. We publish papers in the standard geology literature13 and have been asked for more. Our research aims to benefit both the scientific and church communities and encourage the next generation of scientist Christians.

A recent article14 describes some lessons learned, with not being obnoxious as perhaps one of the bigger ones. Jesus came, not to conquer the Romans, but to win hearts. He welcomed the outsiders to Jewish society: a Roman centurion, Samaritan and Syrophoenician women, tax collectors, and lepers. Our purpose is to study and share about a powerful God in control of nature and a good God with blessings for all.

*A number of scholars reviewed and provided input for this article:

Ana Martínez, geology professor, LLU – this “describes and presents our approach as Christians that enjoy doing science in such a truly meaningful way. … I am full of gratitude that God allowed us to meet and develop all the exciting research we have been involved in”

Doug Morton, geology professor, University of California, Riverside – He recently passed away, but the impact we had on each other’s life was beyond scientific collaboration, it was genuine friendship: https://dougmortonlakeview.wordpress.com/2020/09/21/he-changed-my-life-ben-clausen/

Greg Holk, geology professor, California State University, Long Beach – “One purpose of science is to unlock those secrets God has been hiding from us. All of us have created a very nice community for doing mutually interesting science. I have learned a lot more than geology and science working with everyone. I am honored to be in such good company and to have such a great group of friends!”

Jerry Peterson, physics professor, University of Colorado – “You gave a good example of our teamwork, which is worth emphasis.”

Lance Pompe, geology student, LLU – “This is a great opportunity to share with our SDA community how we interact with our colleagues and lessons we have learned.”

Luciano González, science professor, Montemorelos University – “we have to build bridges instead of walls.”

Scott Paterson, geology professor, University of Southern California – “Maybe the most important outcome of our interactions is the friendship that has developed. And as part of this, the chance to be role models for one another and to truly be making progress on how to communicate with each other about our lives and beliefs. We are open with each other and very supportive of different perspectives.”

Vali Memeti, geology professor, California State University, Fullerton – “I have always had a lot of fun working on science problems with you. We have developed a nice friendship I cherish. I hope this article is well received, as it sends a very good message.”

House Call
Take a Break
For optimal brain functioning, we need both focus and unfocus.
Release
La Sierra University, Cologne Zoo Partner for Conservation
Joint program is the first project in the U.S. to protect the endangered tiger gecko.