Man’s best friend serves with him on the frontlines. 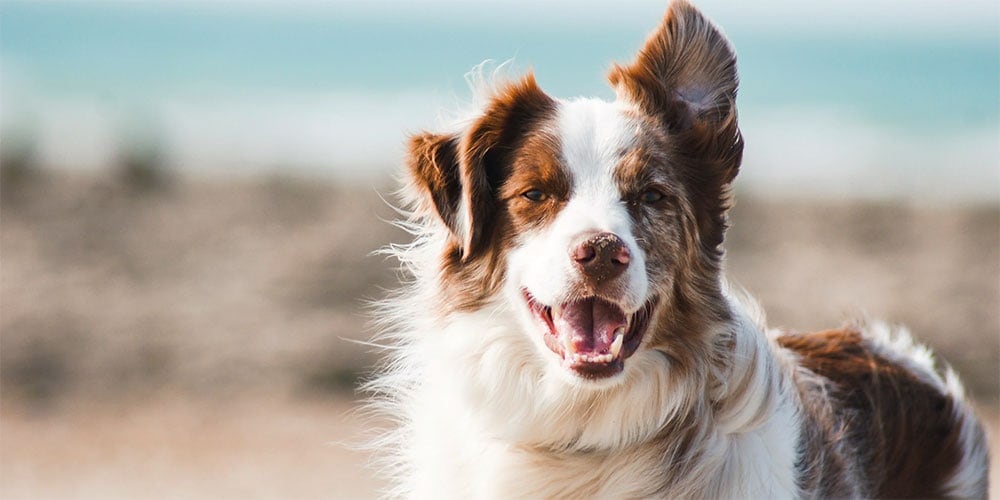 Each year on November 11, Americans celebrate Veterans Day, honoring those brave men and women who have served in the United States Armed Forces. The day falls on the anniversary of the signing of the armistice in 1918, ending World War I hostilities between the Allied nations and Germany. A few decades later Joseph J. White, a retired Vietnam War veteran and military working dog trainer from Florida, decided it was time to recognize another type of military hero—the canines who have put their lives on the line alongside their human counterparts. White stated that canine veterans “served to save, and they deserve to be remembered.”1 He originated the concept of a National K9 Veterans Day, celebrated on March 13, the official birthday of the U.S. Army K9 Corps, formed in 1942. When the K9 Corps, also known as the War Dog Program, was formed, it marked the first time that dogs officially became part of the U.S. Armed Forces.2

K9 Veterans Day commemorates the service and sacrifices of American working and military dogs throughout history. The day honors all service dogs, from military dogs to police and customs dogs to search and rescue dogs to border patrol dogs to veterans’ assistance dogs. Today we even have coronavirus-sniffing dogs.3 Even though the goal is for K9 Veterans Day to be designated a national holiday, not all U.S. states have yet bought into the concept. New Jersey was the first of 15 states to pass legislation recognizing the day as a holiday in 2010.
4 Florida, Michigan, New Hampshire, Virginia, and West Virginia are among those that later followed. Wisconsin held its first official recognition of K9 veterans in 2015.5

Sadly, military dogs were once considered “equipment” and disposed of or left behind following combat abroad.

Some 5,000 military dogs served in the Vietnam War, from 1955 to1975.
6 Scout dogs were credited with saving about 10,000 lives during that war, and some were so effective at their jobs that “bounties of up to $20,000 were placed on their heads.”7 More than 230 military dogs were killed in action.8 In spite of their service and heroics in Vietnam, however, about 2,700 dogs were left behind; 1,600 of those were euthanized.9 The dogs were considered as having no value once their military service was no longer needed.

Fortunately, that practice changed in 2000 when U.S. representative Roscoe Bartlett of Maryland introduced the Robby bill, which President Bill Clinton signed into law in November of that year.10 The bill was in memory of all military dogs that had been needlessly discarded, but especially of Robby, a military dog that had served valiantly in Vietnam. Robby was euthanized following the war, even though his handler fought hard to save his life.11 Then in 2015, President Barack Obama signed the Military Dog Retirement Bill into law. This law requires the U.S. Department of Defense to fund transportation home for military dogs deployed abroad. Their military handlers have first option to adopt them.12

Stories abound of acts of heroic service that military dogs have performed, but here are a few that have stood out in history:
13

Stubby, an American Staffordshire terrier mix, was found as a stray. His adoptive owner, Corporal John Robert Conroy, smuggled him to France during World War I. Stubby served 18 months in the trenches in France with the 102nd U.S. Infantry and helped the soldiers fight 17 battles. He warned his unit of poison gas attacks and incoming artillery fire. He also located soldiers wounded on the battlefield. At one point he was issued his own gas mask. He earned the rank of sergeant after he was credited with singlehandedly capturing a German spy. Stubby was wounded in battle by a hand grenade but survived, and his owner smuggled him home after the war. Because of his heroism, Stubby met presidents Woodrow Wilson, Calvin Coolidge, and Warren Harding, and in 1921 the Humane Education Society presented him with a gold medal. He died in 1926.

The owner of Chips, a collie/German shepherd/Siberian husky mix, donated him for service during World War II. Trained as a sentry dog, Chips was deployed with the 3rd Infantry Division in North Africa, Sicily, Italy, France, and Germany. In Sicily he and his handler, Private John Rowell, were pinned down on a beach by an Italian machine-gun team. Chips jumped into the pillbox—a concrete dugout guard post—and attacked the gunners, resulting in their surrender. Although injured in the fight, Chips was, later that day, instrumental in capturing 10 prisoners. Even though Chips was initially rewarded several military medals for his heroism, the commendations were later revoked because it was against policy at the time to give such recognition to animals. Chips was discharged in 1945, and his original family gave him to his handler, Private Rowell. 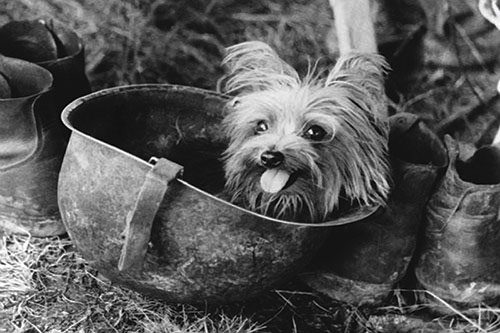 Smoky, a four-pound, seven-inch Yorkshire terrier, is described as an “unlikely hero”; nevertheless, she served fearlessly in the South Pacific during World War II. Corporal William Wynne of Cleveland, Ohio, initially purchased Smoky after she was found abandoned in a foxhole in New Guinea. During the Pacific Campaign, the two of them backpacked throughout the region, living on C-rations and Spam. They were with the 5th Air Force, 26th Photo Recon Squadron. Smoky flew 12 rescue and photo reconnaissance missions, participated in 12 combat missions, and survived 150 air raids. She was even outfitted with a parachute made specifically for her. She once saved her owner’s life by warning him of incoming shells. She was awarded eight battle stars for her service. Smoky died in 1957 at the age of 14.

The most notable military dog in more recent years is Cairo, a Belgian Malinois, who was part of the Navy SEAL team that infiltrated Osama Bin Laden’s compound in Pakistan in May 2011. Cairo’s duties involved securing the building’s outside perimeter, tracking down anyone attempting to escape, and alerting the team members of outside interference. Cairo’s specific exploits during the military operation are not known, but he is credited with being the only military dog to participate in one of the leading military operations in modern history.

Military dogs are obviously worthy of our recognition. Estimates vary, but some statistics indicate that more than 1 million dogs have been killed while serving in wartime battles.14 These dogs, alongside our human heroes, have made the ultimate sacrifice. More than military dogs, though, can be considered heroes. Countless reports of dogs—as well as other animals—tell of their lifesaving actions for humans. And although less dramatic, therapy dogs and individual service dogs also fill essential needs in people’s lives.

A dog doesn’t have to physically save a life or be specially trained in order to be a hero. Their companionship, compassion, and comfort go a long way toward making our sojourn on this earth better and revealing to us an example of God’s unconditional love.

So on this K9 Veterans Day, let’s remember these canine combatants and their handlers—as well as our personal companion dogs. In my book they’re all heroes.

Military working dogs are trained to perform many critical and often dangerous functions, such as the following:*