A story you may not know about Handel’s Messiah. 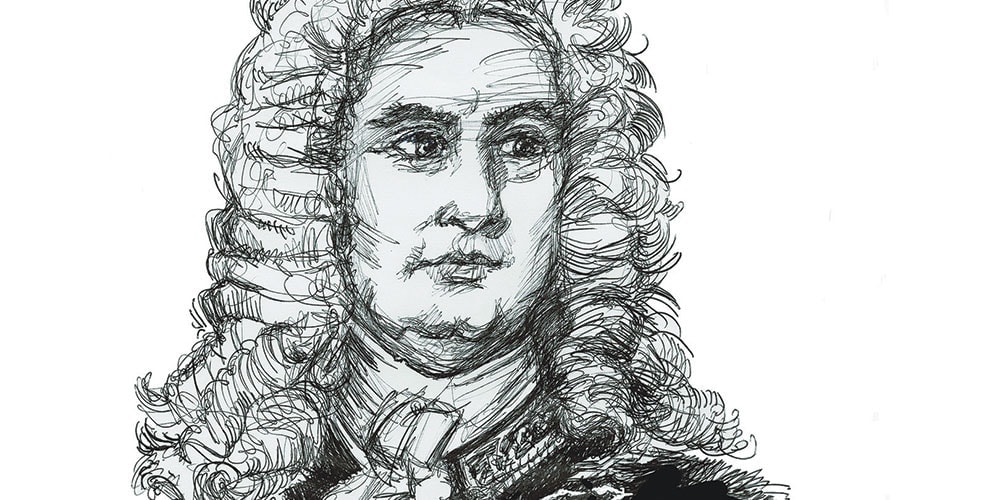 We may be able to save the man, but Handel the musician is lost forever.” Those were the solemn words of the concerned doctor when asked about the health of his patient—acclaimed baroque composer Georg Friederich Handel.

Before anyone used the term star in the music business, Handel was one—playing concerts throughout Europe to enthusiastic audiences. Born in Germany, Handel had found major success in England and now called that country home.

Handel had suffered an apparent stroke and partial paralysis with rheumatism that affected his right hand. The exact diagnosis was uncertain, but it was obvious the popular musician was broken down. He had overworked himself, pushing the limits while trying to regain momentum after some recent negative reviews of his productions.

Handel’s compositions had been popular for years, particularly his operas sung in Italian and German. But public tastes were changing, and Handel was in financial debt.

In the 1700s composers often had to pay the orchestra, singers, and costume and set designers. Any unsuccessful productions and debt could pile up quickly. These troubles, combined with the composer’s health concerns, made it appear to some that regardless of his previous successes, Handel was “washed up.”

Handel’s life was music. As a child he was forbidden to study music by his father, who wanted his son to study law. But he obtained a small clavichord (keyboard) and hid it in the upper room of his parents’ house. He would sneak upstairs to quietly practice whenever he could. His mother helped the young musician keep the secret from his father.

He had achieved great success over the years, but now his musical journey appeared finished. Handel sought treatments at health spas in Aix-la-Chapelle or Aachen, where a temperate diet and waters of the hot springs seemed to have a relaxing, healing effect.

Charitable performances of Messiah continued for two decades. Thousands of women and abandoned children had hope and were helped.

One afternoon the nuns at the spa heard beautiful music coming from the chapel. They were amazed to see their patient, Handel, at the keyboard. Soon the grateful musician returned to London.

The new musical trend was the “oratorio”—musical dramas with dialogue sung in English. Handel readily adapted, eventually becoming a master of the English oratorio style.

The Irish government approached Handel about composing music for poems and lyrics written by Charles Jennens about the life, death, and resurrection of Jesus Christ. The project was designed to be a charitable performance for Irish orphans, the poor, and those in debtors’ prison.

Handel accepted the challenge and locked himself away to concentrate fully on his work. A servant would leave meals outside the door so the determined composer would not be disturbed. Handel was more than 50 years old, but he threw himself into the project at a feverish pace. Completely absorbed and emotionally awed by the power, love, and sacrifice in the life of Christ, Handel would be brought to tears as he composed the music. So intense was his focus that he completed the massive 260-page oratorio in 23 days—an accomplishment that still astounds musicians today.

This landmark oratorio—Messiah—soon changed Handel’s life and consequently the lives of thousands of others.

The premiere performance of Messiah was in Dublin, Ireland, in April 1742. Handel specified that his portion of the proceeds from the fully orchestrated performance should be donated to prisoners, orphans, and the sick. “I myself have been a very sick man,” the veteran composer said. “Now I am cured; I was a prisoner and have been set free.”

The Dublin premiere was a big hit, received rave reviews, and had a huge charitable impact as 142 prisoners were freed from debtors’ prison by the proceeds. There was much rejoicing among Dublin’s poor families that day.

Strangely, when Messiah was introduced to influential audiences in London it was a different story. Some critics were uncomfortable with a religious theme being presented in an opera house. Even so, Messiah’s powerful emotional impact could not be denied. Based on dubious tradition about King George II rising from his seat to stand at attention audiences today rise in admiration every time Messiah is performed.

Momentum for Handel’s masterwork slowed, and for a time the great oratorio seemed to have peaked. But Messiah was still destined to have its greatest impact.

In the 1700s life for London’s destitute women, unwed mothers, and orphans was bleak. Shunned by society, they were often left to survive on the streets. A pioneering children’s charity, the Foundling Hospital, was trying to address the plight of these orphans and destitute women. Their efforts caught the attention of philanthropist Thomas Coram, painter William Hogarth, and composer Handel. The concern and action that followed offer a blueprint for how creative arts can impact a community for good.

Hogarth rallied fellow artists and established England’s first public art gallery at Foundling Hospital. Handel donated an organ, and his cherished oratorio Messiah was again presented to the British public as a charitable fundraiser for Foundling. Performed at the hospital, the public was awed by the majesty of Messiah in concert. In the context of an orphans’ hospital and the reality that children are the hope of the world, Messiah’s impact was doubly powerful. This charitable performance became a much anticipated and beloved annual tradition.

Large sums of money were raised to support Foundling Hospital in its capacity to aid London’s neglected women and orphans. Word spread quickly that help was available. Seemingly overnight, women by the hundreds sought refuge at the gates of the hospital. Charitable performances of Messiah continued for two decades. Thousands of women and abandoned children had hope and were helped.

Besides his musical triumphs Handel had his valleys. His career was long, with both ups and downs, commercial successes and setbacks. He struggled with overeating and could be short-tempered as a musical director. He persevered through it all and his musical brilliance shone through.

His compositions, operas, and oratorios brought him fame and wealth, yet he had a generous heart. Besides the charitable performances that impacted huge numbers of people for good, Handel also established a charity to help ailing musicians and their families.

Along with his other health issues, Handel’s vision was seriously damaged after a carriage accident. By 1752 the acclaimed musician was totally blind. He died seven years later, at age 74, and was buried in London’s Westminster Abbey.

So esteemed was the beloved musician that 3,000 people attended his funeral. Classical music legends Bach and Beethoven openly acknowledged Handel as the greatest composer.

With Messiah, the oratorio that moved him to tears as he composed the music, Handel created his most enduring masterwork, a musical message for the ages on the power and grace of Christ.

Every time a symphony orchestra performs Messiah, with violins and cellos soaring together alongside jubilant choral voices in the spine-tingling “Hallelujah Chorus,” listeners are stunned again by the grandeur of Messiah. It is a joyful reminder of the priceless gift of salvation in Jesus.

Ed Guthero is an award-winning art director and graphic designer.