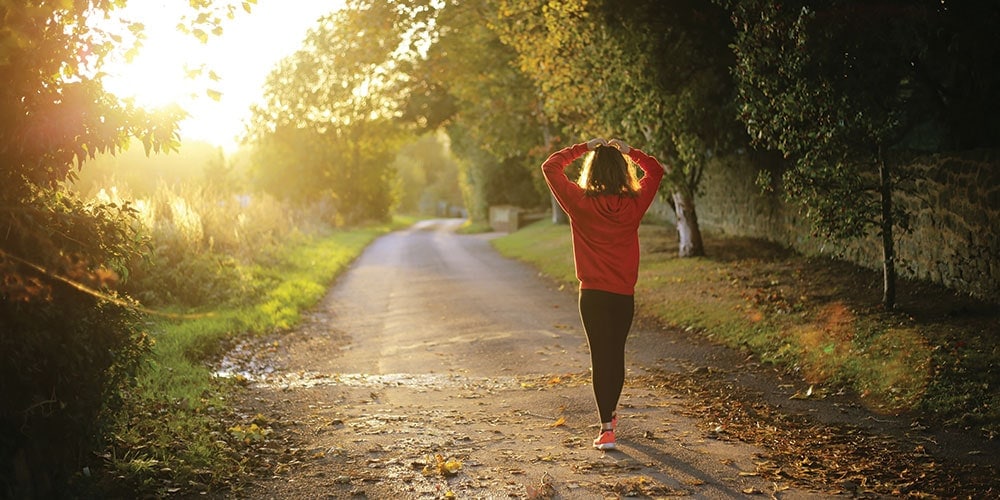 Do you want a boy or a girl?” expectant parents often get asked. Most parents respond, “I just hope he or she is healthy.” But parents also want their baby to thrive in all aspects of life: physically, mentally, socially, and spiritually.

Babies cry in the middle of the night. They slobber on their parents’ clothes. Our sin-drenched world can warp their development. They can cause their parents heartaches. Yet children can do nothing that makes parents love them less. Babies eventully achieve amazing feats of scholastic achievement and physical prowess. They serve God and humanity. They are good parents for their own children. But nothing they achieve makes their parents love them more.1

Boundless aspirations and unconditional love help children grow. All parents provide these the best they can. Adventists picture God as having similar boundless dreams for each of His children. This has its basis in Adventists’ unique understanding of the nature of humanity.

God laid the philosophical foundation for the Adventist health message by drawing attention to the biblical understanding of humans as whole and complete beings: “Then the Lord God formed a man from the dust of the ground and breathed into his nostrils the breath of life, and the man became a living being” (Gen. 2:7).

Most Christian and non-­Christian religions see humans as consisting of both a soul and a body. They tend to place a premium on spiritual salvation, represented by the soul, but they often view the body, mind, and human relationships as being of lesser importance. Some even consider them evil, to be denied and repressed. In contrast, Adventists affirm that God created all aspects of humanity a complete whole, and considered that whole to be “good.”

A quarter century after God inspired our church founders to see humans as a whole entity, He led them to specific counsels regarding how to improve the chances of living healthfully. He commended to them such things as pure air and water, a healthy diet, exercise, and sleep. He revealed to them the dangers of addictions. He fostered trust and hope. God also demonstrated His concern for our social relationships with advice on marriage, family life, and leadership.

God created all aspects of humanity a complete whole, and considered that whole to be “good.”

Many religious organizations operate hospitals to care for those who are sick or injured. They rightly see this as following Jesus’ example of healing. Adventists uniquely add to this a picture of God as a gracious parent, working to prevent disease and degradation and empower all aspects of His children’s lives—insofar as it is possible—on earth.

Unfortunately, we distort our unique understanding of God’s boundless aspirations when we forget His unconditional love. As a first-year medical student at Loma Linda University, I was paired with another student to take a food inventory. As my partner and I struggled to recall what we had eaten during the past 24 hours, we were distracted by a heated discussion from two of our classmates.

“You use dairy products?” accused one classmate.

“Well, only a little milk for my cereal,” the other classmate replied.

“We use soy milk,” declared the first.

We humans often become so enthusiastic about an insight we have discovered that we are willing to browbeat others into accepting it. It’s for their own good, we rationalize. When we do this, we can perpetuate a picture of God who bullies us into following good health habits so that He will love us as a result.

Through the events of the worldwide pandemic and the horrors of racial injustice we experienced in 2020, we have become familiar with the term health disparities.2 Health disparities cause differences in the health and life expectancy between Brazilians who live in São Paulo and those who live along the Amazon; between entrepreneurs living in Shanghai and farmers in western China; and between residents of Loma Linda, California, and their neighbors living just to the north in San Bernardino.

Economic inequity creates health disparities. Many people are trapped in “food deserts,” where the stores do not carry fresh produce; where violence from criminals and police make it unsafe to exercise; where missing a single paycheck may mean eviction. All these factors erode physical, mental, and social health. Does God provide an antidote to economic inequity?

Adventists are often described as operating the largest Protestant educational system in the world. That emphasis—God wanting each of His children to take advantage of educational opportunities to bless others—is not found in many religions. But in Adventist Christianity it has resulted in lifting many out of extreme poverty and into positions to help others.

Our unique understanding of God’s interest in His children’s whole health is particularly relevant as societies struggle with health disparities. The health message addresses many preventable causes of impairment. We promote a healthy spirituality. Perhaps no other church emphasizes more the need for each of us to train and learn to benefit others in practical ways. At our best, Adventists offer a community development plan that addresses health disparities. One life—of many—exemplifies this process.

Growing up in the aftermath of the U.S. Civil War in Mississippi, Anna faced a bleak future.3 Her mother was descended from slaves. Their neighbors particularly despised her father, Nate. They described him as an illiterate, murdering, traitorous, incestuous, impious scoundrel. The family’s reputation forced Anna to carry a gun to defend herself.

Anna arranged for playmates to teach her to read. With no Adventists nearby, she read herself into the church and traveled 400 miles to get baptized. At this point most of us would say “Praise the Lord” and end the story. God saved Anna spiritually.

But God wanted Anna to live an even more fulfilling life. He led her to Battle Creek, Michigan, where she graduated from nursing school. She returned to Mississippi to start a school and address public health concerns. While a delegate to the 1901 General Conference Session, Anna felt called to become a missionary to India.

On returning to the United States after six years of mission service, Anna promoted Christian education throughout the southern United States as a teacher and administrator until her death at the age of 98. Anna Knight exemplified the Adventist understanding of God’s aspirations, not only for spiritual salvation but also for physical, intellectual, and social fulfillment on earth.

Anna Knight would recognize the mission of Loma Linda University’s San Bernardino campus. There, in partnership with citizens and leaders of San Bernardino, health profession students and their professors work with colleagues from the community to address physical, psychological, social, and spiritual needs. Helping these students learn are recent high school graduates of the San Bernardino City School District, who are earning their initial degrees in medical assisting or community health work from Gateway College. Together they demonstrate God’s love and aspirations for His children.

This same combination of spiritual, physical, ps
ychological, and social empowerment occurs everywhere Adventists are found. Nuzvid, India, has an Adventist church, hospital, and school. The chapel in the dormitory for student nurses is dedicated to Anna Knight.