What, exactly, happens when we die? 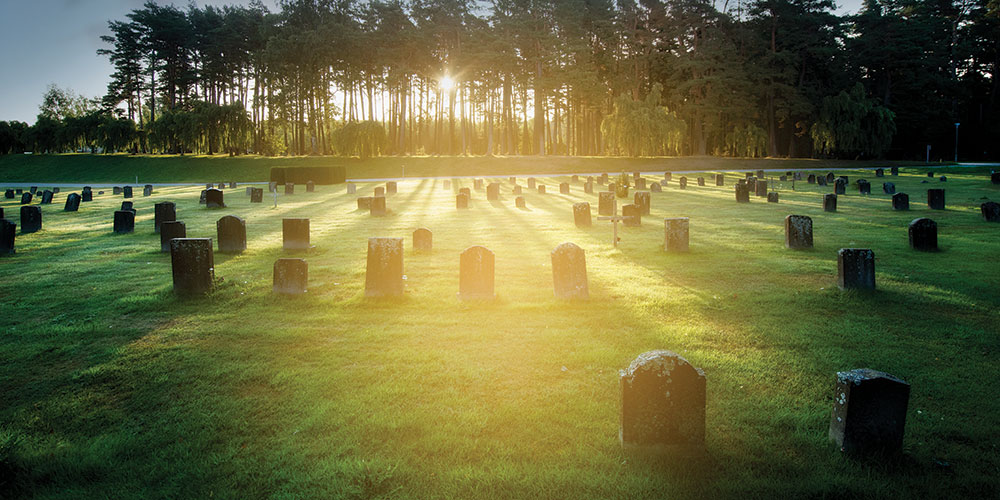 You will spend eternity in either heaven or hell. This is the view of most Christian faith traditions.

The Bible evidence does not support either an eternal human soul or an eternal burning hell. The concept of an eternity of penal torment flies in the face of several of the most basic revelations about God in the Scriptures.

Take, for instance, Abraham’s question to God near the Oaks of Mamre regarding the end of Sodom and Gomorrah: “Will not the Judge of all the earth do right?” (Gen. 18:25). This story demonstrates that God does judge, He investigates beyond human satisfaction of justice, and He destroys the destroyers (compare with Rev. 11:18).

God is the Judge, a righteous and just judge; a judge who does right. This revelation of God matches well with such overt statements as “God is love” (1 John 4:8) and nothing “will be able to separate us from the love of God” (Rom. 8:39). Indeed, Paul’s confirmation that God is for us (verse 31) goes right along with Peter’s promise that God is not willing that any be lost (2 Peter 3:9). As God has revealed Himself, it would be out of character for Him to maintain a place of unending torture.

The brimstone and fire destroying the cities of the plain become a paramount illustration of God’s great day of executive judgment. Amos refers to Sodom and Gomorrah in comparison to God’s partial judgments on Israel (Amos 4:11). The fire of judgment devours without quenching (Amos 5:6). John the Baptist referred to this judgment fire as burning up the chaff after the grain has been winnowed (Matt. 3:12). Hezekiah refers to the dead as in the pit of destruction, where the destroyed cannot praise or hope (Isa. 38:17-19). Why? Because they are destroyed; because there is nothing, no work, planning, knowledge, or wisdom in death (Eccl. 9:5, 10). So much for their conscious state.

And as for hell, in the end its fire consumes; “Not a root or a branch will be left” after that judgment fire (Mal. 4:1). This is quite a contrast to early Christian apologist Theophilus of Antioch1 and his appreciation of the Sybilline Oracles in their description of continuous and eternal punishing as the wicked “ever daily burn in flames.”

Theophilus’ writing (c. A.D. 180) represents a confusion in the development of Christian thought that not only misrepresents the revealed character of God, but also misrepresents the nature of humans. For Theophilus, though he praised eternal punishing, did not believe in innate human immortality.2

Tatian, another second-century Christian apologist, overtly rejected innate immortality too, saying that the soul is not in itself immortal but mortal.3 These two early Christian writers correctly argue that all life depends on God; there is no natural immortality in humans. Yet, they also both believed in never-ending punishing as what Tatian called a “deathless death” or “immortal death,” depending on how you translate him. This demonstrates the conundrum: How can mortal humans survive eternal torture?

The conundrum was resolved in the next generation of Christian writers in which Tertullian in the Latin church and Origen in the Greek church both argued for the immortality of the human soul, though only Tertullian proposed an eternally burning hell. Origen went in the direction of universal salvation. Those who came after Origen correctly rejected his universalism as unscriptural, but adopted eternal hell nearly the same as Tertullian.

Thus, the conundrum was resolved in their theological system, but to the loss of truth, both about God’s character and about human nature. According to most Christian tradition, God created an eternally burning hell, where He wills that immortal human souls, along with their resurrected bodies, burn forever.

More on the Biblical View

The biblical view of humanity is built from evidence throughout all of Scripture and is well represented in the 28 Fundamental Beliefs of Seventh-day Adventists, which include four beliefs—numbers 7, 26, 27, 28—on the question of human nature.4 God reveals such points about human nature as that the dead know nothing (Isa. 38; Eccl. 9); a soul (Heb. nephesh) can die (Num. 6:6); we do not have souls added; rather, we are living beings (Gen. 1; 2); the body and the soul can be destroyed (Matt. 10:28).

The Seventh-day Adventist reading of the Scriptures about humanity contrasts starkly with Jerome’s attempts in the fifth century to prove that the Bible teaches immortality of the human soul through such stories as Saul asking the witch of Endor to bring Samuel up from the dead (1 Sam. 28) and the parable of the rich man and Lazarus in Luke 16. The fallacy—indeed, the outrageousness—of such interpretations is clear: using a parable as a description of eternal reality; using a God-proscribed action by a man, himself explicitly rejected by God (1 Sam. 15:23, 26; 16:1; 28:6), as the basis for a positive doctrine.5

Seventh-day Adventists historically came to believe in the human as a unitary living being on account of our understanding of God as Creator (all life is dependent on God) and through a rejection of the occult’s use of human souls separated from bodies as communicators beyond the grave (the dead know nothing).

Just as there is no immortal soul (no creature with life independent of God), there is no eternally burning hell (no soul writhing in eternal flames). There is a consuming lake of fire in which rejecters of God’s grace, forgiveness, and salvation will be destroyed as the just executive judgment of God (Rev. 20). The lake of fire is temporary; its results last forever.

Revelation 21 describes the re-creation of the new earth after the millennium and the lake of fire. Those who have accepted God’s forgiveness and salvation will spend eternity on this new earth, renewed as per divine announcement, “I am making everything new!” (Rev. 21:5).