The man thought he had nothing to live for. 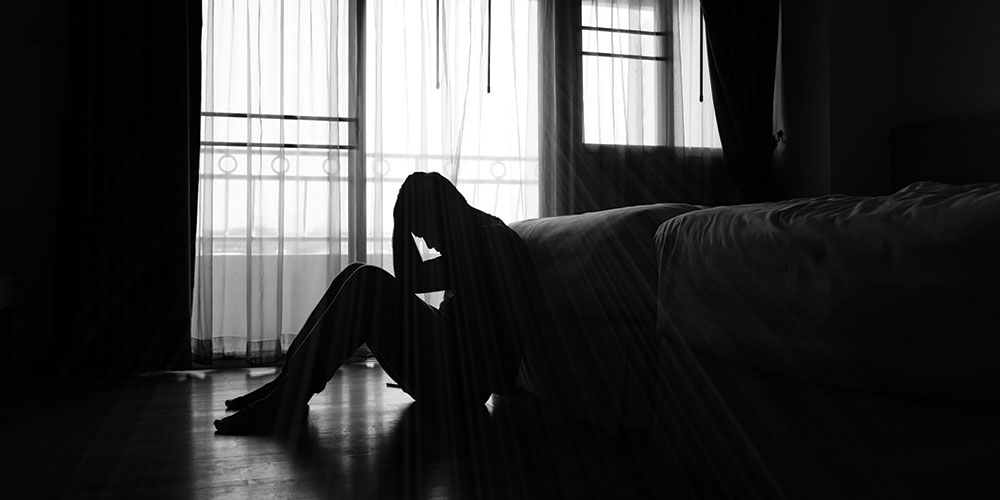 He had death on his mind. He had written to his therapist of his intentions. He had also written to his wife, telling her that he was going to the land of no return. His mind was made up.

He would run an electric current through his body and be gone within seconds. To make sure his wife wouldn’t be harmed by touching his body with the electric current still running through him, he would allow the current to run for only three minutes. That way his wife, or anyone else who found him later, would not be harmed. But why would anyone so determined not to harm loved ones end it just like that? For Doug it all boiled down to relationships.

Relationships are the stuff of which meaningful lives are made. A break in family relationships, a falling out with some neighbors, physical pain, and the general pain of living in a fallen and broken world—all that had driven him to the edge and sunk his last ounce of hope for a meaningful, joyful, and peaceful life. The onset of depression became a deadly catalyst to seal his date with fate.

A Knock on the Door

Unknown to him, a Seventh-day Adventist minister at the church on the next street had been planning to knock on doors as part of the Community Religious Survey. Through this survey I intended to know what people in the area thought about questions such as the purpose and meaning of life, moral absolutes, origin of life, and life after death.

On that particular morning I happened to knock on Doug’s door. He answered all the questions quite thoughtfully. I noticed that he was particularly interested in the question about life after death.

When Jesus possesses someone’s heart, they are not lost to the people in their lives, but are given back in a happier, healthier, more wholesome, and more useful condition.

I offered to lend him two DVDs from the Beyond the Search DVD Series: Beyond Death and Beyond Hell. In the following weeks Doug and I exchanged DVDs on a weekly basis. Each week that I went to his house I would ask him what he thought of the things he saw on the DVDs. Soon our discussions developed into weekly Bible studies.

One of Doug’s neighbors, who had noticed my frequent visits, asked him, “Doug, who is that West Indies cricketer who comes to your house?”

“He’s not a cricketer; he’s a preacher.” Doug explained.

No sooner does someone begin making steps toward a changed life than the devil begins to throw wrenches into the works. Doug’s wife, Jenny, felt uncomfortable that Doug, a nominal Anglican most of his life, should suddenly experience an upswing of interest in religion. She may have feared that he might become a nuisance, because aren’t religious fanatics sometimes the source of some of the world’s woes?

“Doug,” she said one day, “if you continue these Bible studies, you might have to choose between me and religion.” It was a challenge Doug hadn’t seen coming. When people make major life decisions, the opinions of significant people in their lives are crucial. If a decision is going to make people in their lives unhappy—especially people as important as a spouse or a parent—they are likely going to put it off or abandon it altogether.

I had already seen signs of a life change that only the grace of the Lord Jesus and the Holy Spirit could accomplish. But I had no idea how deep Doug’s love for the Lord had become and how advanced the work of the Spirit had progressed until he told me how he had handled his wife’s objection to his newfound faith. “That’s an unfair decision to have to make, Jenny,” he politely protested.

Ellen White wrote: “When the love of Christ is enshrined in the heart, like sweet fragrance it cannot be hidden. Its holy influence will be felt by all with whom we come in contact. The spirit of Christ in the heart is like a spring in the desert, flowing to refresh all and making those who are ready to perish eager to drink of the water of life.”*

A few weeks later, during one Bible study, Doug confirmed what I had already noticed: “You know, Fred, Jesus has changed my life.”

Doug had developed a renewed sense of purpose, a zest for life, a heavenly joy, and a peace that transcended understanding. I was witnessing what Paul had promised: “If anyone is in Christ, the new creation has come: The old has gone, the new is here!” (2 Cor. 5:17).

Jesus had won Doug’s heart, and now there was no turning back. Jenny soon found out that when Jesus possesses someone’s heart, they are not lost to the people in their lives, but are given back in a happier, healthier, more wholesome, and more useful condition. Doug’s love for Jesus didn’t mean less love for his wife; it meant the opposite: more and deeper love for her.

Jenny began to understand that she had more to gain than to lose in Doug’s becoming a Christian. She not only allowed him to continue the Bible studies—she began to sit in and listen. During the baptismal luncheon organized by the church for Doug and his family, Jenny leaned over and said to me, “Thank you for what you’ve done for Doug.”

But Jenny needed only to remember her husband’s words during his testimony earlier that day. “I’ve been asking myself, Who sent Fred the day he knocked on my door? I’ve come to this conclusion: It was the Lord! The Lord sent Fred to me.”

I was just a messenger, an instrument in the Lord’s hand.

I wonder how many more Dougs are out there waiting for someone to knock on their door before they give up on life. How many people in our neighborhoods, schools, and workplaces are looking for answers to life’s biggest questions, searching for meaning and purpose?

What better way to find out than to open up and talk to people; reach out with acts of kindness and get to know where people are in their lives? We may be surprised, not only by what we find, but also by how God can use us to change someone’s life forever.

Fred Chileshe wrote this when he was the senior pastor of the Hillview and Swansea Seventh-day Adventist churches in Cooranbong, Australia. He and his wife, Kelebogile, have two sons.