Three young adults discuss humility: how to recognize it, how to practice it. 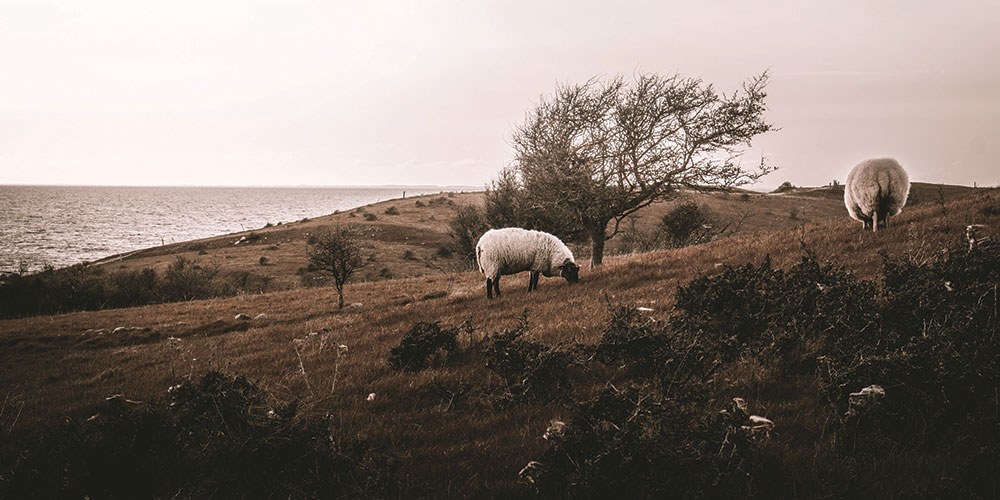 The virtue of humility may be in decline. How many cite Jesus’ beatitude “Blessed are the meek” (Matt. 5:5) as the secret to their prosperity, celebrity status, or professional success? Yet humility is a major value for the Bible’s God, as known from His Son, who spoke that beatitude. We spoke to three young adults about how they see the role of humility in our church and society.

What do you think of when you hear the word “humility”?

AA: My mind goes immediately to Communion and foot washing. It may seem like an archaic ritual, but to me it’s a powerful object lesson. It’s impossible to wash somebody else’s feet while harboring self-serving thoughts. Jesus knew exactly what He was doing.

EA: I think of humility as a way of life in which one does not believe that he or she is inherently better than others.

JF: I instantly think of someone being selfless, and the example that comes to mind is Jesus. He, the Creator of the universe and giver of life, came to earth to be human and serve those who were not on the same level or status that He was. He washed His disciples’ feet and took the cross, even though He didn’t have to. These examples remind me that humility is understanding how small we humans are, and how big our God is.

What do you think Jesus had in mind when He said, “Blessed are the meek, for they will inherit the earth” (Matt. 5:5)?

EA: Only those who have a humble heart will make it to the earth made new. The Christian walk requires us to look beyond ourselves and see the world in the context of God. In God’s eyes no one is better than others. What makes a difference is the relationship built with the Savior.

AA: Common sense would tell us that the strong, or those who are aggressive, inherit the earth. Jesus refutes that, and instead tells us to put ourselves after others and after Christ, letting Him fight our battles when they must be fought. Christianity didn’t spread because it put people to the sword (though many died in its name), but because of the power of meekness.

We humans tend to think of submission as a bad thing, as something that’s wrong. But in terms of our spiritual walk with God, submission is good. Submission to God means that we yield to His will for our lives and submit to God because His thoughts are higher than our thoughts. Submitting to God means we trust that our lives are filled with stepping-stones, molding us into the persons we need to be so that we can live a purposeful life.

How much is humility valued in today’s society? Give an example or two.

AA: I think society pays lip service to humility, but naturally rewards egotism. Celebrities who are seen as humble are fawned over, and politicians in the U.S. are expected to adopt an everyman persona. But it’s difficult to become either without an incredible amount of schmoozing. Ecclesiastes 3 says that there’s a time for everything, and I think that includes self-promotion. The challenge for Christians is to do so while maintaining a humble heart.

JF: I think our society has moved toward a more selfish approach, especially in work. We hear of stories of people trying to get promoted no matter whom they have to step on in order to get there. We see how unethical practices are used in major corporations and Federal agencies.

Was Jesus humble? Yes or no? If so, in what ways did He demonstrate humility?

AA: Is this the question you use to weed out people from appearing in the Review? I’m afraid that if I say no, one of my relatives will smack me for blaspheming.

In all seriousness, yes, He very much was. The way He operated was quite unorthodox for a rabbi, and He conducted His ministry without much of the pomp and circumstance that would usually have been expected from someone in His position. Even His beginnings were humble. He was born in a shed and raised in Nazareth, of all places. As someone who also grew up in a small agricultural town, this gives me some hope.

JF: Jesus demonstrated His humility by giving His life for all of us, even though we may or may not choose Him.

EA: Jesus was very humble; Philippians 2 demonstrates that. He was in His very nature God, but He did not see it as something to hold on to, especially if it got in the way of saving humanity. God could not die; Jesus had to become human in order to save us. We, the objects of His love, rejected Him when He was here on earth, and He still went on to die. That’s true humility.

What about other Bible characters? For whom was humility a defining characteristic? How was it demonstrated?

JF: Paul was humble. When you look at his early life, you see how he studied under these great teachers. He left his position and status to do God’s work.

AA: One of the things I love about the Bible is how every biblical character either starts out with an understanding of humility, or is forced to eat a huge slice of humble pie. Whether it’s Paul being struck blind on the road to Damascus, or David losing his infant son, anybody with an outsized ego has to be put in place before God can use them.

EA: Joseph in his dealings with his brothers portrayed humility. Abigail in her dealings with David on behalf of her husband, Nabal, showed real humility.

But permit me to talk about a character who is the defining characteristic of what it means not to be humble. The story of Joash portrays the opposite of humility (2 Kings 11, 12). Having been saved miraculously from the hands of Athaliah, he went on to think he was special and ended up killing the son of the priest who helped to save him. We are who we are through the miraculous hand of God. When we begin to think that we are better than others, the slippery slope begins.

JF: Humility comes with a mindset of selflessness. That’s what Jesus was trying to teach us throughout His ministry. If we truly cared about one another the way God intended, there wouldn’t be poverty, because we’d be willing to feed hungry individuals and take in those who are homeless. If we were selfless, we would treat others the way we would want to be treated. The only thing that matters is living as God calls us to live.

EA: Humility can fix today’s problems by orienting people to the fact that we are the same, created by God with a common destiny. Most of the strife and unrest is a result of certain people thinking themselves better than others. Humility would make people more empathetic.

AA: America today is ruled by selfishness. Individualism and freedom of choice are essential tenets of Christianity, but they are meant to be tempered by love and compassion. When we take Christ’s principles out of the equation and replace them with shallow pop-culture morality, individualism turns into an excuse for narcissism and cruelty.

The good news is that Christ offers another way. We may live in this society, but we don’t have to become products of it. When Jesus came to this earth, many of His followers expected Him to lead them to victory over their oppressors. But rather than take up the cause that the world laid out for Him, Jesus acted on His persecutors’ behalf, praying for them and redeeming those society considered irredeemable. His way is ultimately more beautiful than anything this world has to offer.