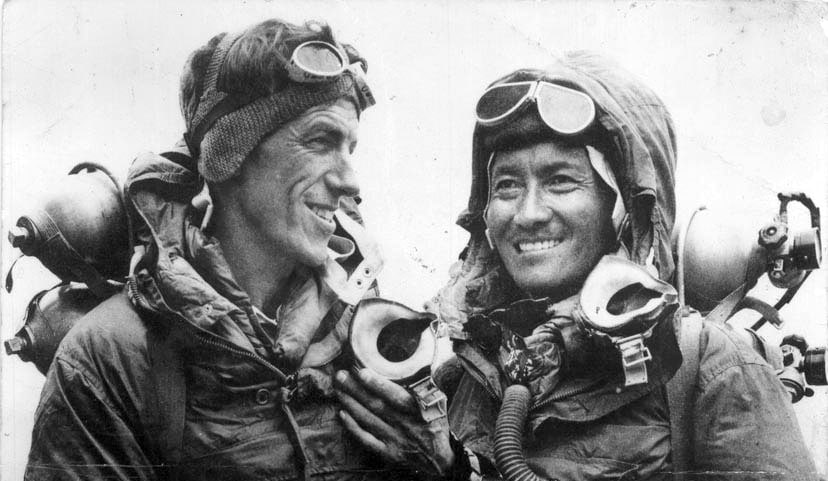 The ninth British-expedition attempt to scale the height of Everest, the world’s highest mountain, took place in May 1953. Led by John Hunt, the climbers were paired into teams, and Tom Bourdillon and his partner, Charles Evans, came to within 300 feet of the peak. Oxygen problems forced their return to camp, but by creating a trail and leaving behind equipment they facilitated the successful ascent by Edmund Hillary and Tenzing Norgay. For the millions of people celebrating the coronation of Queen Elizabeth II on June 2, 1953, this news added a frenzy of exhilaration to the already excited populace.

For several years this first ascent of Everest was labeled a “team effort,” with “we reached the top together” being the news release. A few years later, however, Tensing said that “only the truth is good enough for Everest,” and then indicated that Hillary had put his foot on the peak first. Such honesty speaks to the integrity of Tenzing Norgay.

Integrity—as strange as it may seem—is also an essential factor in the prescription for the vital and exuberant celebration of health. It’s a motivational ingredient that is very much at work in the implementation of health practices.

The distinction between integrity and simple honesty at times may be unclear. Integrity is a concordance in the life between theory and practice. It’s the transparency and trustworthiness that should characterize our every action. When there is a difference between what we say and what we do, we demonstrate a need for integrity.

Honesty may lead to confession or admission of guilt, but it may not be sufficient to influence behavior. Integrity means there is a commitment to the principles espoused as being correct.

Integrity can influence both an individual’s as well as community’s health, because it calls for both loyalty and commitment to honest codes of belief and behavior.

The Public Health Leadership Society in 2002 published “Principles of the Ethical Practice of Public Health,” a document representing a consensus on a code of behavior for public health protagonists.1 Three of the 12 principles the document addressed are:

1.   “Humans have a right to the resources necessary for health.”—Such belief will influence many aspects of how we live and model health principles, and will also provide a basis for health education. It highlights the degree of integrity with which we function as a society regarding health.

2.     “Humans are inherently social and interdependent.”—As the document points out, “one’s right to make decisions for oneself must be balanced against the fact that each person’s actions affect other people.”

Acceptance of this belief raises questions of integrity in how we relate to such issues as smoking and immunization and their effect on public health.

3.     “Identify and promote the fundamental requirements for health in a community.”— Often we substitute individual preferences for community needs, emphasizing the peripheral, borderline, unimportant, or trivial while areas of major importance are ignored. Integrity will require of us a balance in teaching, practice, and advocacy of certain health practices.

Integrity has personal as well as public health ramifications. It would teach us to recognize our common vulnerability and inherent weaknesses, but also our intrinsic worth and rightful equality as humans with inalienable rights. Such insight influences our belief in our commonality, our kinship, in the human family and our value to society in general.

Integrity helps us to recognize our intrinsic worth and rightful equality as humans.

Integrity Can Help Us Avoid Problems

Have you ever wondered how many addicts started down the road to ruin because they ignored the dangers of which they were well aware? Possessing integrity has protected thousands who have declined an offer of drugs, even though fascinated by the potential pleasure.

How many smokers ignored known facts in an effort to “fit in” or appear sophisticated?

When we know that 7 percent of persons taking their first alcoholic drink will become alcoholics, and some 15 percent will have alcohol-related problems such as physical or sexual abuse or be harmed in an accident,2 shouldn’t we question our integrity if we serve such beverages?

Perhaps the most dangerous area regarding integrity is sexual behavior. The media trivializes marital infidelity and encourages sexual irresponsibility in the face of staggering numbers of single-parent children, insecurity, and emotional distress; this raises a question of corporate integrity.

Integrity impacts many aspects of living. It is the foundation for good mental health, trustworthy interpersonal relationships, and responsible and accountable behavior.

At one time or another everyone has failed to meet the standard of full integrity, but Jesus Christ described a forgiving God.