Keep Watch, Be Ready, and Go! 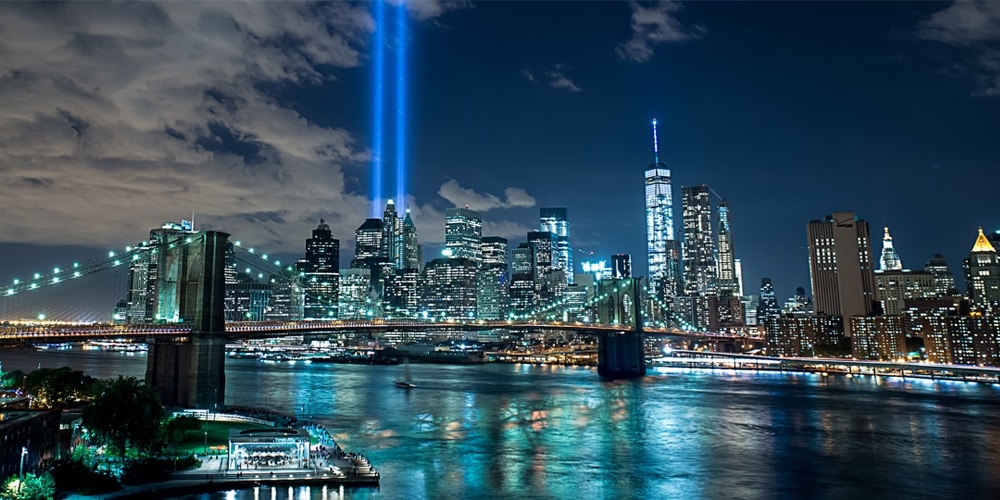 The original version of this commentary by Dwight Nelson was posted on The Fourth Watch, the New Perceptions TV blog.

Nearly half of Gen Zers (born mid-1990s to mid-2000s) — that is to say, roughly our 13-to-24-year-olds today — were born after the four coordinated terrorist attacks on the United States 18 years ago.

That means they have never known a world without the Transportation Security Administration (TSA) and long security lines at the airport. They’ve never known what it was like not to have to take your shoes off and walk barefoot through an X-ray scanner; not to have to limit your fluids in your carry-on bag to 3 fluid oz (100 ml) each; not to have to plop your laptop on a conveyor belt for high-tech X-ray analysis; not to have to undergo the occasional (or frequent, depending on your ethnic background) pat-down by a sometimes friendly TSA officer. The list could go on and on.

But what happened on that glorious, sunny, blue-skied Tuesday, September 11, 2001, in New York City (the Twin Towers), in Washington, D.C. (the Pentagon), and outside Shanksville, Pennsylvania (the crash of Flight 93) has not only altered our travel routines. It has sadly also altered our view of Muslims and eventually all immigrants, tinging our perceptions with a lurking fear or suspicion of these strangers’ alliance with evil.

That radical Islam exists, who can deny? That terrorist attacks have continued unabated since 9/11 is obvious. That lone-wolf anti-Muslim retaliation has subsequently shot up mosques the world over is also common knowledge. No, the world we live in today is not the world we knew on September 10, 2001. September 11 has rewritten all of our lives.

In fact, it can be argued that endemic societal fear took a massive leap forward on that Tuesday 18 years ago. We live in a culture afraid of everything now. Oh, sure, the shoot-’em-up mass killings that have escalated in recent years no doubt contribute to our insecurity and angst. And perhaps so does the “selfie, me-first” narcissism that too often turns human beings into solitary individual fortresses afraid to trust anyone outside our immediate social context. Perhaps.

It could be that our Lord Himself foresaw this global paralysis, predicting it would eventually become endemic: ”People will faint from terror [recognize that word?], apprehensive of what is coming on the world” (Luke 21:26, NIV). Not surprising then that Gen Zers now manifest the highest percentage of college entrance students ever with self-diagnosed mental health issues. You can blame the technological impact of the smartphone, but we can thank 9/11 for preparing the way.

But why such gloomy thoughts on this sunny, still blue-skied September 11, 18 years later? Because of all people, those who call themselves “Adventists” (believers in the soon coming of Christ) should be analyzing the rapidly gyrating news cycle and drawing the conclusion that we now live in the self-disintegrating world which ancient Scripture predicted.

While the Bible doesn’t calculate a calendar date for The End, we’d be fools to ignore Jesus’ somber admonition, ”Therefore keep watch, because you do not know on what day your Lord will come. But understand this: If the owner of the house had known at what time of night the thief was coming, he would have kept watch and would not have let his house be broken into. So you also must be ready, because the Son of Man will come at an hour when you do not expect him” (Matthew 24:42-44, NIV).

Jesus, our soon-coming thief? Of course not. Rather, Jesus, our soon-coming Savior, “the Savior of the world.” Which, if it doesn’t learn about Him, will not only be caught unawares but will be lost. Which means that if we consider ourselves Adventists, it is ipso facto our “Adventist” mission to tell others this truth. Inviting them to worship with you is a blessed idea. Sharing with them something you’ve read that’s inspired you is another effective method. So is “loving your neighbor” into a continuing conversation about the meaning of relevant Bible truths (“the truth as it is in Jesus”). Choose what works for you.

But let’s not simply yawn our way past this 18th anniversary of September 11. What a waste of opportunity! In the words of Jesus, “keep watch,” “be ready,” and “go.” And “I’ll be with you as you do this, day after day after day, right up to the end of the age” (Matthew 28:20, The Message).