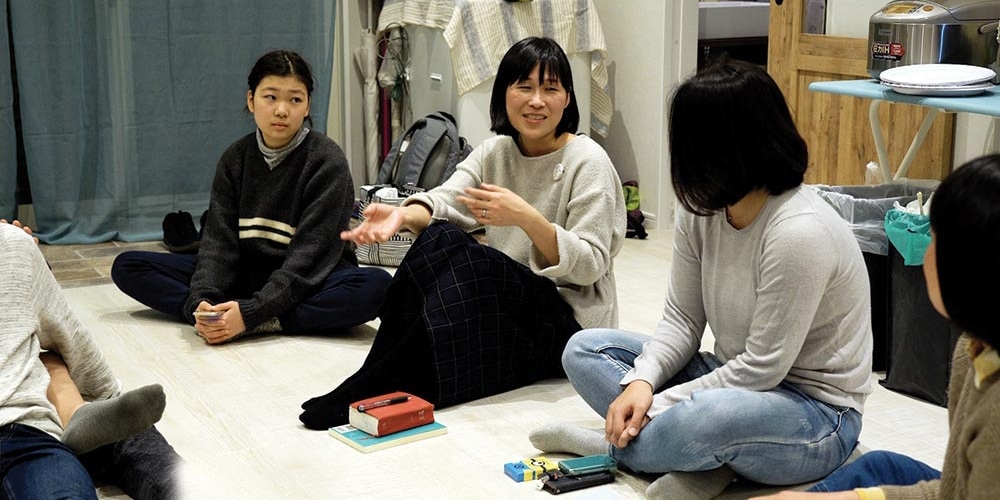 Aya wanted to create a fun and safe space for kids in Tokyo, so in 2019, she started hosting children in her home at least twice a week. They play, talk, eat, and learn about God. And for many of the children, this is where they hear about Jesus for the first time.

The challenge of spreading the gospel in one of the world’s largest cities is intimidating. To reach everyone in Tokyo, every church member here would have to minister to about 10,000 people!

So, supporters of the initiative believe each person who walks through Aya’s door is a blessing. The house sits next to a beautiful park, where kids can play and easily visit Aya’s home. The bottom level is an open space, perfect for their events. But this space is more than just a place to get together. It’s a space where kids can just be kids.

Many of the children were bullied at school or felt as if they didn’t belong. Here, they feel safe enough to open up. In some cases, this is the only place where they aren’t judged or criticized for sharing their problems and feelings. They go to Aya for mentorship and to ask for advice.

It started when Aya felt a need for something more than her daily routine. She visited a mothers’ support group, and someone recommended that Aya connect with another woman named Sachiko. The two quickly became friends. Sachiko brought her kids to Aya's home, and they made it a regular event.

“The second week, the third week, the fourth week, the kids were coming to play,” Aya said. “Then other kids started showing up. We didn’t advertise at all. Eventually, a lot of kids came, and we were meeting in my tiny home.”

Each time, the kids played together, and Sachiko and Aya shared something from the Bible with them. Sachiko and Aya started renting a community hall four times a month, but they wanted to meet twice as often as that. So Aya prayed for God to provide a new meeting place. She was also praying for a new home, since her apartment contract was ending.

One day, she walked by a house for sale but thought it would be impossible to buy it because real estate in Tokyo is so expensive. But Aya’s husband came home one day with some good news. He told her that his new job would allow them to afford the home they wanted to use for ministry!

“This was God’s voice speaking to me,” Aya says. “The location was good, the money was taken care of, and God was providing everything.”

Since then, Aya has dedicated the space to serving her community. She loves the families who gather in her home, but she knows the work doesn’t end here. Millions of people who live in Tokyo are largely unreached. How will we ever reach them?