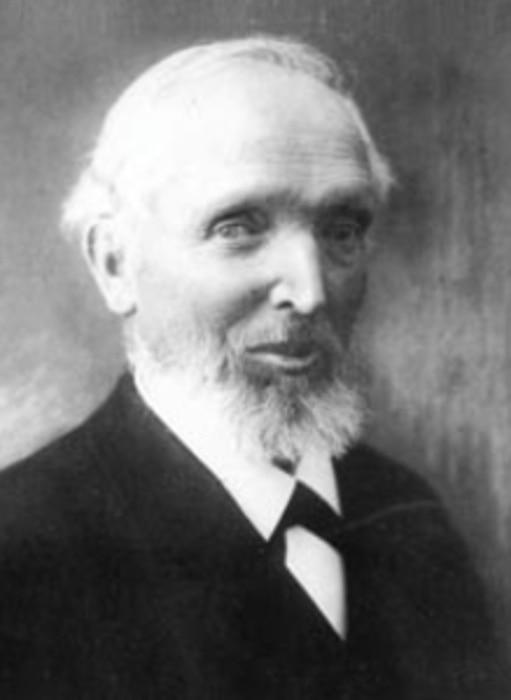 Jakob Erzberger was born on March 31, 1843, in Seltisberg near Liestal in Switzerland. In 1864, Erzberger attended the St. Chrischona Pilgrim Mission Seminary near Basel. In 1867, while on a preaching tour for his seminary, Erzberger came across a group of Adventists that had been led by Michel Belina Czechowski in 1867 in Tramelan. How did Erzberger meet this group? Near Tramelan, Erzberger discovered his only pair of trousers had been torn. The tailor he found to repair his trousers introduced him to the Adventists and gave him a Bible study on the end of the world, the soon coming of Jesus, and the validity of the Sabbath commandment.

In 1868, the year he was baptized, Erzberger decided to minister to the small group of Adventists in Tramelan. The group thought they were the only ones in the world holding to these beliefs until Albert Vuilleumier read a copy of the The Advent Review and Sabbath Herald left by Czechowski and discovered that there was already an established Seventh-day Adventist Church in North America.

With this discovery, in 1869, Erzberger was sent to Battle Creek, Michigan, United States, to establish contact with the Adventist Church. Erzberger became the first official delegate from overseas to a General Conference Session. He was welcomed into the home of James and Ellen White. In 1870, Erzberger was ordained and commissioned to return to Europe to do mission work.

In the next decades, Erzberger contributed significantly to the establishment of Adventism in Switzerland and Germany. In the winter of 1872-1873, Erzberger held evangelistic meetings in La Chaux-de-Fonds and in Le Locle in Switzerland. In La Chaux-de-Fonds, the auditorium was so crowded that many listeners had to stand.At the end, Erzberger baptized several people and founded a congregation in Le Locle with 18 members.

In 1874, when James N. Andrews, the first official Adventist missionary, went to Switzerland, Erzberger assisted him. In 1875, Erzberger and Andrews traveled to the Elberfeld, Wuppertal, in Germany where they met a group of Sabbathkeeping Baptist Christians. Their beliefs were similar to those of the Adventists.

Andrews was not fluent in German, so he preached in English while Erzberger translated for him. After that Andrews went back to Switzerland.1 Erzberger remained in Germany and continued holding lectures in Hilden and Solingen (1875) as well as in Langenberg (a district of Velbert today) in 1876.2 The group formed there became the first official Adventist church in Germany.

In the next months, Andrews was called on by Erzberger for assistance in Germany. The duo visited Solingen, where a congregation of 16 members had been established by Erzberger. It is important to note that Erzberger also produced the first German Adventist tracts (probably printed in Solingen, Germany), which the young church distributed.3

Discouragement and Back to Mission

About 1878, Erzberger gave up his mission work because of discouragement caused by church members. Erzberger returned to mission sometime later, possibly because of the untimely death of James N. Andrews in 1883, which left the Adventist mission in Europe without a leader. Additionally, when Ludwig Conradi arrived in Europe in 1886, Erzberger assisted Conradi with the first evangelistic efforts at Lausanne and Basel, Switzerland. When Conradi moved to Germany, Erzberger was left as the only Adventist preacher to care for all the German-speaking churches in Switzerland for several years.

Jakob H. Erzberger died on July 13, 1920. During his 50 years of service, he left several legacies worthy of note. He was the first ordained Adventist minister in Europe; he was instrumental in establishing the first Adventist congregations in Switzerland and Germany; and he is known to have produced and published the first German Adventist tracts. Erzberger was also one of the founding fathers of European Adventism.

Chigemezi Nnadozie Wogu, MTS, is a Ph.D. student at the Vrije Universiteit, Amsterdam, the Netherlands, and a research associate at the Institute of Adventist Studies in Friedensau Adventist University, Germany.

Closer Look
Scripture Lies at the Heart of Adventism
The appearance of the first volume of the new Seventh-day Adventist International Bible Commentary (SDAIBC) series rep-resents an important moment in Adventist biblical scholarship.
News
Adventist Journalists and Administrators Must Partner for Mission, Editor Says
Bill Knott calls both groups to increase dialogue and consultations to build up the church.