In Mexico, Nine-Year-Old Girl Shows that No One Is Too Young to Do Evangelism 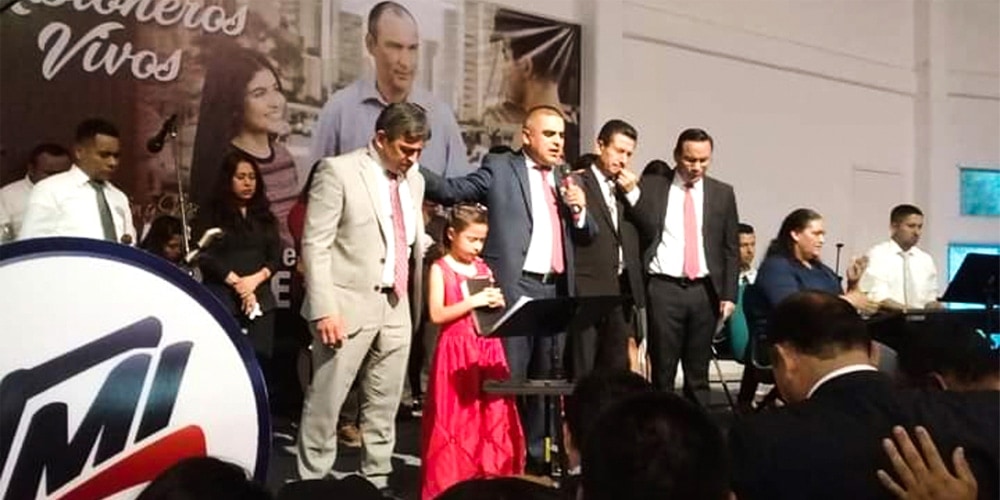 A nine-year-old in the Mexican state of Baja California showed that no one is too young to share Jesus and motivate others to accept Him as their personal Savior. Wendy, from Patrimonial Seventh-day Adventist Church in the city of Tijuana, participated in the evangelistic efforts taking place in her region of Mexico.

She was born into an Adventist family and has not been part of any evangelism club for children. She hasn’t taken lessons on how to give Bible studies, even though she attends the local Salud y Saber Adventist School and takes music and singing classes.

Despite her young age, Wendy has already served as a child preacher and literature evangelist, local church leaders said. In all her efforts, the young girl has enjoyed the unwavering support of her family, especially of her parents, Oscar and Mitzel.

Wendy began to show interest in being an evangelist at the age of three. When she turned six, she started to preach in other churches. Among her gifts, her parents found out that she could memorize Bible texts and that music had a particularly important place in her life.

“We feel naturally proud of her because she is an example for her siblings and us,” Mitzel, Wendy’s mother, said. “She is teaching and helping us to find joy in God’s Word.”

Just before the start of the COVID-19 pandemic more than a year ago, Wendy’s family and local church members launched a Bible study group with other adults. Their activities had to be called off due to the pandemic-related restrictions. A man named David, however, agreed to keep on studying with the assistance of Wendy. He finished his Bible studies and was baptized at the beginning of the pandemic.

The health crisis did not deter the young girl, not yet baptized at the time, who very soon switched to social media, recording Bible lessons and uploading her videos to YouTube. Her initiative drew 15 people who showed interest in getting to know Jesus better. Then, with the assistance of and in the presence of her parents, Wendy began to make video calls to chat with her guests in the Bible study group to review what they had learned.

For a variety of reasons, the group became smaller and smaller until only one woman, Vanessa Trujillo, was attending. During a special week of public evangelism across the state of Baja California and before Wendy appealed to her, Venessa asked to be baptized.

“[Vanessa] decided to be baptized because, as she was studying the Bible, she accepted that, as Mark 16:16 reads, ‘he who believes and is baptized will be saved,’ ” Juan David García, evangelism director for the Adventist Church in North Mexico, said as he discussed Wendy’s mission work.

Wendy and Vanessa attended the evangelistic series “Prophecies of Hope” from May 22 to 29, 2021, at the local church and listened to the guest speaker, Raul Perez. At the end of the series, both decided to be baptized.

The evangelistic meetings held by the Patrimonial congregation in Tijuana were part of wider efforts across the state and the country. In total, 349 small groups participated, and 585 people were baptized across the Baja California Conference church region, local leaders reported. For the special final week of evangelism, 50 preachers participated, including lay evangelists, local pastors, teachers, literature evangelists, and guest pastors from other regions.

Juan Hilario Olguín, president of the Baja California Conference of the Adventist Church, shared that he is grateful because everyone supported the evangelistic drive through careful and thoughtful preparations. “It is the passion, the love, the dedication, and the sacrifices church members in Baja California have for the salvation of people that drove them to support this initiative,” he said.

Sharon Domínguez contributed to this story.