“In God’s Image” Summit on Sexuality Opens in Cape Town 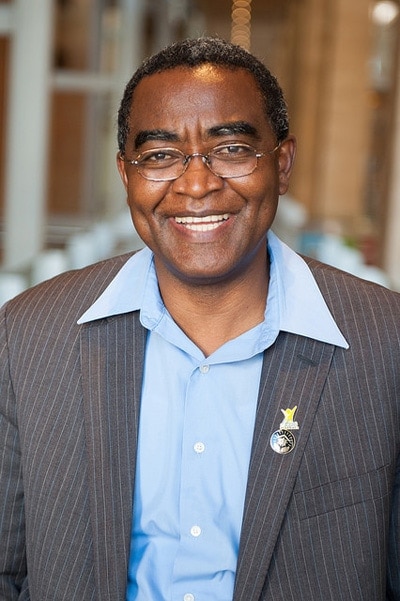 Titled “In God’s Image: Scripture.
Sexuality. Society.” the conference at Africa’s southern tip is intended to be
“a conversation with key people in the global leadership of the Seventh-day
Adventist Church, to gain a greater understanding of the issues surrounding
alternative sexualities, and to counsel together regarding the challenges the
church is facing in this area,” organizers said.

Each of the
denomination’s 13 world divisions has sent a delegation of at least 20 persons
composed of senior administrators, theological and social science scholars, and
“frontline personnel”—pastors, chaplains, and human resources directors—to the
intensive event that begins March 17. Monday evening’s keynote address by world
Church President Ted N. C. Wilson is titled “The Truth as It Is in Jesus.”

Pardon
Mwansa, a Zambian who is a general vice president of the Church and chair of
the headquarters committee that organized the summit, believes that the event
is a watershed for Adventist discussion of difficult social and religious
issues.

“We are dealing with an issue about
which the world around us has already formed a perception,” Mwansa said. “We can’t avoid dealing with this matter
because those perceptions affect how we express ourselves. The Church needs to clarify its light: we
must say where we are on this matter, so that people will understand us and how
we view this subject.”

“We are a moral group—a church—and
we have to shine and say just what the light is on this issue.“

Mwansa additionally underscored the
importance of the Cape Town conference by pointing to the persons
attending. “This is a meeting to which
all Church leadership has been invited—and all will attend,” he noted. “The
quality of meetings is generally judged by who attends, and here you have all
world division officers attending, along with pastors, teachers and human
services personnel. The goal is to make sure that what is done here reflects
the corporate thinking of the Church.”

The summit
organizers are clear that they intend no redefinition of the Church’s historic
opposition to all sexual expression other than heterosexual marriage between
one man and one woman. Listed first
among the summit’s “
learning objectives” is the goal to “describe the Bible’s
teaching on alternative sexualities.”
Two of the conference’s first three plenary sessions focus on how to
read and understand the Bible’s teachings about human sexuality, as well as specific
passages of both Old and New Testaments that address homosexual behavior.

On Tuesday
evening, three Adventists who spent major portions of their adult lives in gay
or lesbian relationships will relate their experiences in a plenary session
panel. Wayne Blakely, Ron Woolsey and
Virna Santos each describe themselves as “redeemed” out of homosexual
behaviors, and now lead ministries designed to help others organize their lives
according to Biblical norms. Woolsey,
now for many years in a heterosexual marriage, is also an ordained Adventist
minister.

The
denomination’s legal and employment concerns with legislation about
homosexuality in various nations will be in focus at a Wednesday morning
plenary panel moderated by General Conference general Vice President Lowell
Cooper.

Two additional plenary sessions on
Wednesday afternoon and evening seek to update the international delegation on
latest understandings of homosexuality and alternative sexualities from the
perspectives of medicine and psychology.
Dr. Peter Landless, Health Ministries director for the world Church, and
Dr. Peter Swanson, assistant professor of pastoral care and a licensed
psychologist at the Seventh-day Adventist Theological Seminary at Andrews
University in Michigan, USA, will address research findings regarding the possible
roles played by genetics and social influences in the formation of alternative
sexualities.

On Thursday, the summit will focus
on ministry to homosexuals and those practicing alternative sexualities, and
discuss how the denomination will relate to church membership for those not
following Scriptural teaching about human sexuality. Dr. Miroslav Kis, professor of ethics at
Andrews University, will offer an overview of the ethical issues the Church
must wrestle with at both global and congregational levels as it seeks to be
both clear about its loyalty to Bible teaching and compassionate to individuals
in various life experiences.

Daily
news bulletins for the summit provided by
Adventist Review and Adventist News Network (ANN) will be
available
at adventistreview.org and news.adventist.org.