I Baptized My Parents after Three Decades of Praying for Them 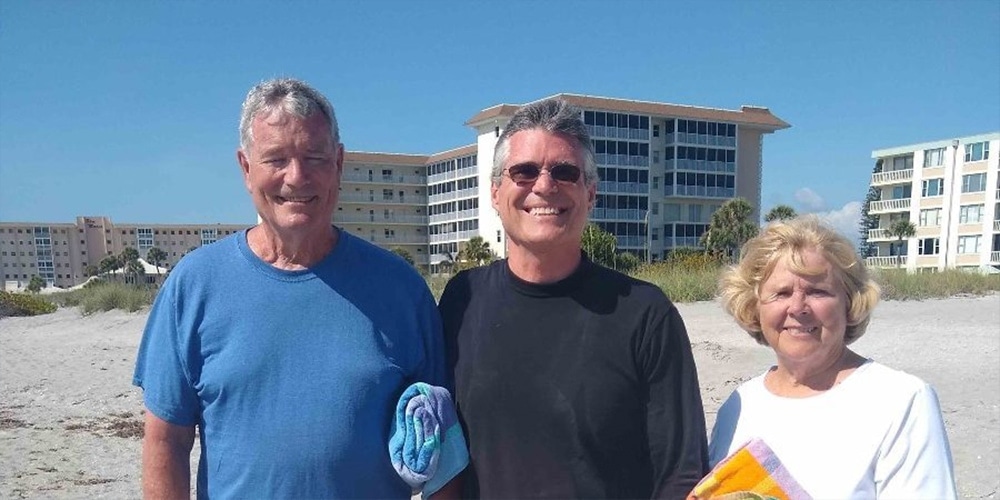 On a beautiful sunny day at the end of April 2021, I waded into the Gulf of Mexico with two very special people — my parents, Dave and Linda Long. A few days before, they had asked if I would baptize them into Christ and the Adventist faith they had recently come to embrace. My wife, Chris, was standing in the waves with the camera in hand to capture the moment, as my mother and father were “buried at sea” and resurrected to a new life in Jesus.

Baptizing my parents was truly a high point in my ministry. It was also the result of God’s grace working in our family over many years. My older brother, Tad, was the first in our family to respond to the gospel and the Three Angels’ Messages. He shared the truth with me, and we were baptized in the 1980s. The desire to see our parents united with us in the truth led us to pray and share biblical materials and messages with them over three decades, with little apparent result. But God was working.

In April 2020, when COVID-19 moved the “Ignite Indiana” Hope Awakens evangelistic series by John Bradshaw online, our parents were able to tune in down in Florida and watched every presentation with interest. After that series, on a phone call in late May, Tad and I did something we had not done in a long time — we prayed together for the salvation of the parents we love. It was a sacred moment, two brothers interceding for their mom and dad. We could sense God hearing and responding to our heartfelt united prayer.

What followed that prayer was amazing. The Carmel Seventh-day Adventist Church, where I am the pastor, featured a 13-part series on the book of Hebrews, which my parents eagerly watched online. Next, they completed the Amazing Facts Bible Study Guides, read The Story of Redemption, and joined the Carmel church in reading the Bible in a year, along with the Conflict of the Ages series by Ellen G. White. Receiving the truth from several sources in a consistent, connected way deepened my parents’ convictions and culminated in their decisions to be baptized. We are so grateful for how God has answered our prayers and united our family in the Adventist faith after so many years!

The following is a short testimony from my dad:

“After much research, I became familiar with Christian history and studied the Bible, supplemented with Ellen G. White’s writings. I’ve always thought one had to believe that Scripture contains absolute truths by which God saves human beings. If you believe Scripture is only partially true, then you can rationalize not following certain parts, and you become the arbiter of truth.

“My education and training were in science — requiring analysis of facts and proofs with critical thinking, uninfluenced by emotion. I find that faith is a decision regarding righteous living according to the Ten Commandments, which is made when convinced by the facts and historical truths found in God’s Word. It allows one to accept the spiritual realm of God’s creation, which we are to seek for our salvation. Living by natural and divine laws protects us from Satan’s influence on our emotions, enabling us to choose between right and wrong.

“When I understood the history of Catholicism and Protestantism and their place in Bible prophecy, I started to discern the half-truths and misinformation coming from many pulpits and theologians. I sought out the convictions of my two sons. I became convinced that the Seventh-day Adventist Church is a denomination following Scripture in a straightforward manner, unpolluted by traditions imposed by Satan, working through men. Baptism by immersion is just the first step in my confession of faith and commitment to righteousness, being led by the Holy Spirit to claim my salvation through Jesus Christ and assurance of eternal life in God’s Kingdom.”

Robb Long is the pastor of the Carmel Seventh-day Adventist Church in Carmel, Indiana, United States, and is the Indiana Conference evangelism director.