How Could He Let It Happen? 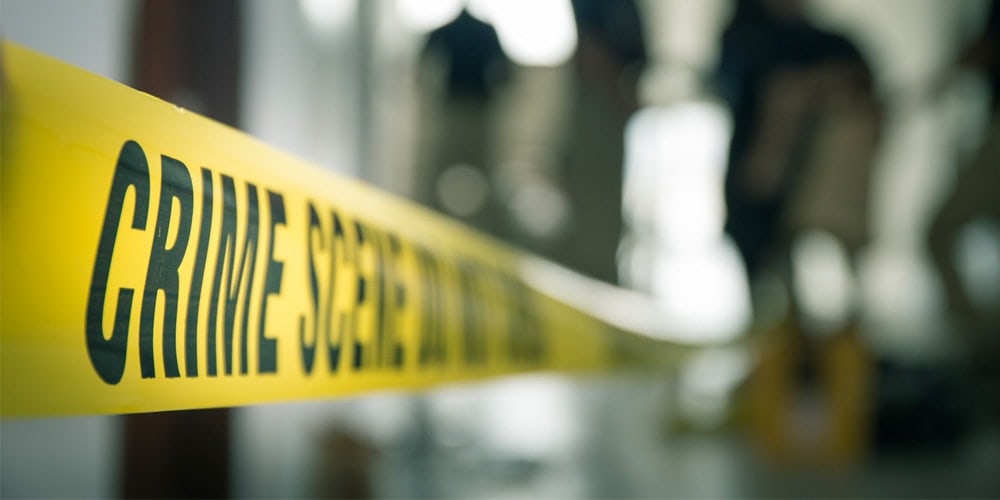 In a series of one-hour TV shows that has run through several episodes (“stay tuned for scenes from next week”), two intrepid private investigators, because they have been recognized as uniquely gifted by one of those super-rich magnates in the world of technology who are in the news so much (think, maybe, the likes of Bill Gates or Mark Zuckerberg), are approached by him with an extra-legal proposition. This reaching out is actually the result of a murder investigation that they have been conducting and seems to be leading them to him, although they’re unclear as to his connection.

At his summons the two investigators—a man and a woman (for the sake of inclusion)—meet privately with the mogul. With every precaution against the recording of evidence, he admits his role in several murders. It works like this:

The development of his Internet service has become so thorough and pervasive, sifting technologically through almost infinitesimal terabytes of personal information—and beyond—he has developed a kind of omniscient logarithm that, he claims, can predict with near perfect capacity an individual’s probability of committing a murder.

He is, after all, a moral human being. What to do with such information? His answer is to hire responsible individuals with unique skills in weaponry to dispose of such dangerous persons before they perpetrate acts that appear, in all probability, to be inevitable.

In his defense the techno-tycoon cites one horrendous crime that he could have prevented. He refers to the case, with which both investigators are familiar given its prominence in recent news, of a deranged school bus driver who had intentionally killed every child on her bus by driving it off a bridge.

“I ask you,” he says, “with any kind of conscience, how could I just let that happen?”

From the viewpoint, though, of American jurisprudence, the law against murder—the taking of another’s life—is sacrosanct. This taking of another’s life, of course, may be considered acceptable in the case of self-defense, of doing so in the fear that one must do so to protect oneself. But otherwise to kill or cause the death of another human being, whether premeditated or not, is still considered one of the gravest of injustices.

Even though the two private investigators in our crime drama pause and look uncertainly at one another to consider the broader, almost existential question that the wealthy magnate has posited, “How could I just let that happen?” they default to the position that the taking of the life of the deranged bus driver is a punishable crime. The law is the law!

So the future episode in which this case will be brought to a conclusion will doubtless include some kind of scenario in which the man responsible for the killing of someone who has been estimated as statistically probable of future capital crime—will be brought to justice. This is the very nature of crime drama in popular culture.

“How could I just let that happen?” This is an unsettling question that can truly have cosmic proportions.

To what degree, for example, is God responsible for having allowed—some may assert caused—the atrocious suffering, the death of countless millions of utterly innocent humanity in a few thousand years on this earth? If He is all that omniscient and omnipotent, why didn’t He just nip all of this potential for horrific human history by snuffing out Lucifer even before the earth was created? In a pointed question charged by one of the accomplices of that wealthy magnate, he asks, “If we could have prevented 9/11, what would we have lost—what could we have saved—by taking out a few future terrorists?”

How could God have just let this world in which we live just happen the way it has? Because the nature of our omnificent Creator is ultimately beyond human understanding, there can never be a complete and encompassing conclusion to these kinds of questions this side of eternity. But there is no dismissing them. And there are definitely some evidences of explanation in the scriptural study of His character.

It begins, possibly, with the very reason for our creation in the first place. Toward the close of creation week, God the Father did some pre-planning with the others in the Trinity: “Let us make humankind in our image, according to our likeness” (Gen. 1:26, NRSV). “In our likeness” sounds as if it would include the idea of relationship.

Shortly after He created Adam, the very first human being, with His very own hands, for the first time, He pronounces that there is something “not good” about His creation thus far: “that the man should be alone” (Gen. 2:18, NRSV). The second created human being, then, was a woman made for their mutual relationship. God the Father was not alone in His relationship with the rest of divinity; now humankind was not to be alone either.

His intention for the solution to no aloneness appears to have included His own purpose in His relationship with humankind. Soon after their fateful encounter with the serpent at the tree, God comes looking for the fallen couple, calling, “Where are you?” (Gen. 3:9). The question is fraught with wistfulness.

God and Humanity: Forever Together

Relationship, in fact, appears to be part of the nature of God the Father with the Trinity, as well as its reflection in the way in which He responded to the sentient creatures He had formed in His own image. “We find relationships as a core element in how God put the world together. He created each element of the world in relation to the rest of Creation. He created animals in relational harmony. He created human beings in relationship with Himself, with each other, and with the rest of creation.”

God’s creation of humankind is an expression of His love, and the truest love is completely unconditional. It included, in fact, an unreserved chance that His creatures may not love Him back. This possibility of unreturned love was left as a matter of choice. Or else it couldn’t have been true love. “One thing God gave Adam and Eve that He didn’t give anything else on earth was moral freedom. . . . God valued this moral freedom so much that He allowed the possibility that His people would choose to disobey. In doing so He risked all that He had created for the larger goal of a relationship with His human creatures based on love and free will.”

The supreme proof of God’s love for His creatures was evidenced` by providing a way for them to return to Him after falling away. “Every manifestation of [God’s] creative power,” writes Ellen White, “is an expression of infinite love.”

The apostle Paul wrote rather bluntly, “The wages of sin is death.” Just as gracefully, however, he added, “but the gift of God is eternal life in Christ Jesus our Lord” (Rom. 6:23).

In one of Scripture’s most well-remembered texts, the apostle John quotes Jesus Himself: “God so loved the world that he gave his one and only Son, that whoever believes in him shall not perish but have eternal life” (John 3:16).

The ultimate answer to the question, “How could I let that happen,” was the only possible response to God’s love for all humanity. In this singularity of human history, the possibility of the death of the innocents was answered by the death of the most innocent of all.

For centuries readers of the Bible have sought to understand and describe God’s nature. This has led to such terms as omnipotence and omniscience—all-powerful, all-knowing. He is also loving, but infinitely more than all-loving. The apostle John, who described himself as “the disciple whom Jesus loved” (John 21:20), writes “God is love” (1 John 4:8, emphasis supplied). And he repeats, “God is love” (verse 16).

Here is where the Being and the character are one. His very being is the answer to “How could I let that happen?”

1 Bible texts credited to NRSV are from the New Revised Standard Version of the Bible, copyright © 1989 by the Division of Christian Education of the National Council of the Churches of Christ in the U.S.A. Used by permission.