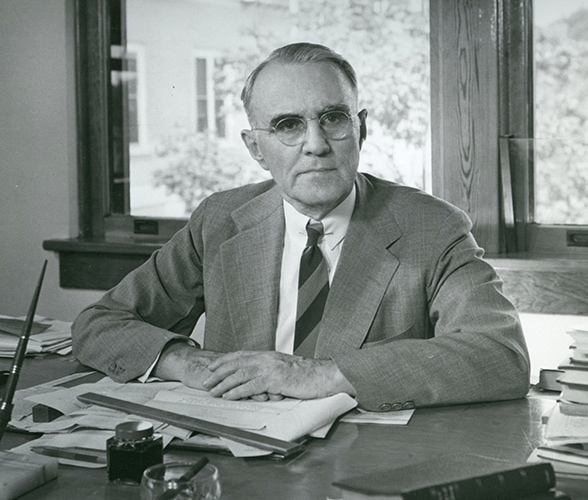 Heber Herbert Votaw was an evangelistic pastor, writer, thinker, leader of the world church, and motivator of young people.

From the early part of 1902-1903, Votaw was a colporteur and did Bible work for a living in Ohio. Since Votaw and his wife, Carolyn, felt a missionary call, they soon left for India to serve the missionary work in Burma (today called Myanmar). The Votaws left the New York dockyard for India via London on October 15, 1904, in the evening and sailed by the steamship SS Finland of the Red Star Line. As the ship left the dockyard, many bitterly cried because they knew they might not see their loved ones again. God gave the Votaws peace of mind; they knew that they might not see their home again, but they were certain of God’s rule over all kingdoms of men from one side of the world to the other. The couple gave Bible studies on board the ship. In 1905, Votaw wrote a letter to W. A. Barlow about his first devotional meeting with one indigenous Santhal Indian.

On January 14, 1905, the Votaws reached the city of Rangoon, the capital of Burma, and met the pioneering colporteur, H. B. Meyers, and U Maung Maung, the first Burmese believer. In 1906, after he provided two full weeks of Bible instruction, Elder Votaw baptized seven Burmese people. In September 1907, James E. Shultz met the Votaws in Burma and helped them organize a Seventh-day Adventist church among the Burmese.

Alfred H. Williams arrived in Rangoon to work for a British firm in 1906. Within a few months of his arrival, he came in contact with the pioneering missionaries, the Votaws. That led to Williams’s study of the Adventist faith, and, as a result, he was baptized in 1910. In the same year, Williams met and married Mabel Harcourt, another early Adventist convert who had studied with the Votaws. In 1909, under the Votaws’ leadership, there were more than 50 Sabbath School members in Rangoon.

In 1912, Elder Votaw extended the worship meeting hall to double its size and had electric ceiling fans installed. Under Elder Votaw’s leadership, the Rangoon English Church was attended by people from Chinese, Punjabi, Madrasi, and European backgrounds. The first Telegu convert to the Seventh-day Adventist faith was soon baptized. Also, in 1913, a self-supporting mission station opened in the southern part of the Shan States. In Myaingalay, Burma’s mission president, Elder Votaw, baptized two Pwo Karens in the summer of 1914. The new believers stood firm and faithful in sharing the Adventist truth with their neighbors.

On July 1, 1914, the Votaws left for the United States via Mumbai on furlough because of Elder Votaw’s health, which began declining during the previous winter. Though his health did not allow Elder Heber Herbert Votaw to spend his later years in Burma, the Votaws committed their entire lives to the Lord’s work. Elder Votaw will be remembered as the first president of the mission field in Burma. He left innumerable blessings in a way that the people of Burma came to know the Adventist truth through him. The blueprint of his work ethic is still seen today as he built the bridge of relationships with the country’s governing body.

After returning from Burma to the United States, Elder Votaw continued to serve the Adventist Church in various capacities, including associate secretary of the 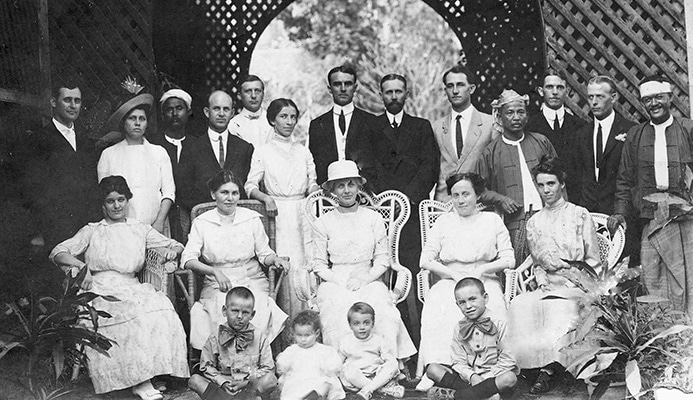 department of religious liberty of the General Conference and the editor of Liberty magazine.

Carolyn Votaw passed away October 22, 1951, in Washington, D.C. Heber Herbert Votaw died on October 7, 1962, at age 81, in Washington Sanitarium in the District of Columbia.