Reflecting on current and past General Conference Sessions 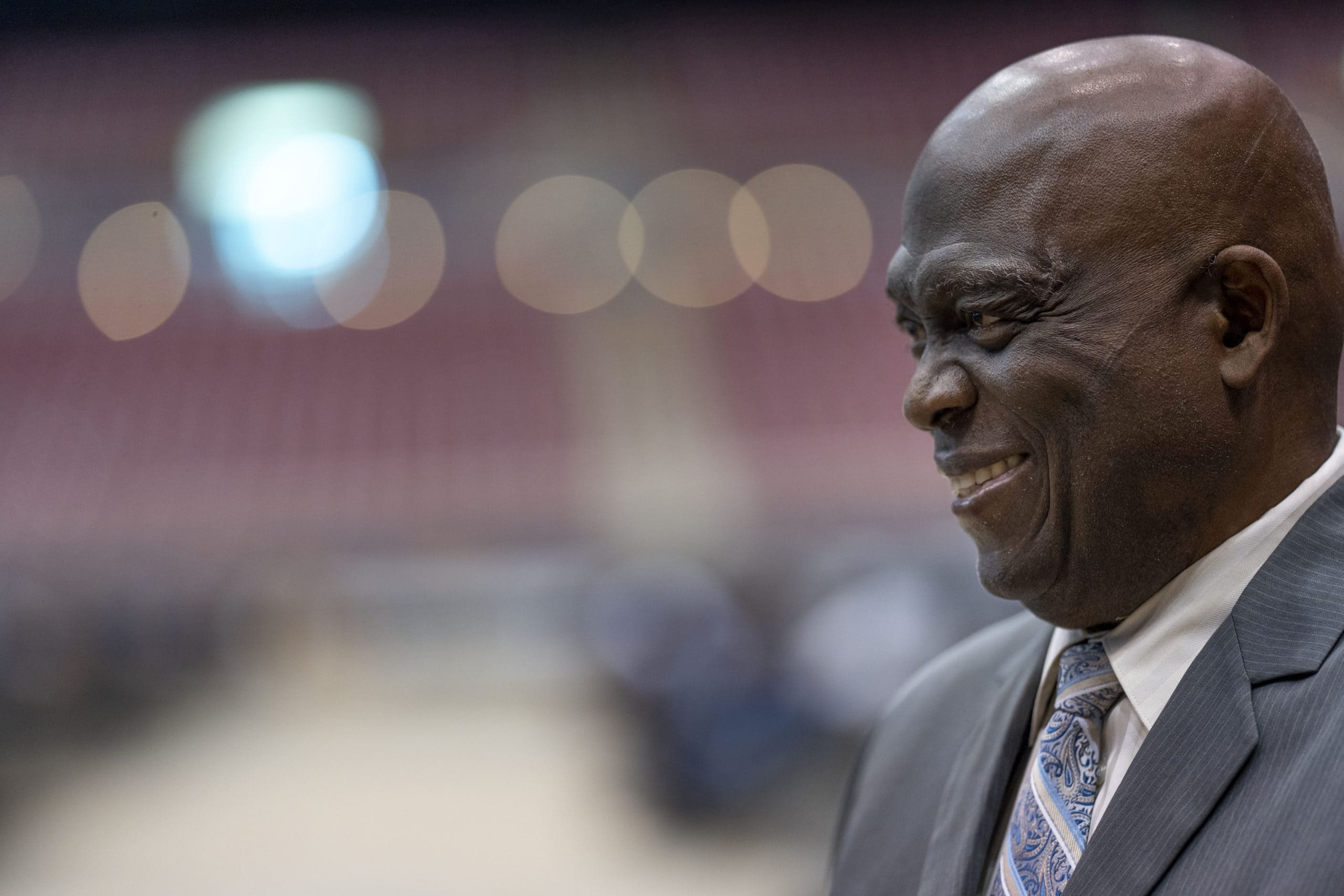 Israel Leito holds the distinction of being the longest-serving division president in the history of the Seventh-day Adventist Church, having presided for more than 24 years. During his tenure, membership in the division grew from roughly 1.5 million to nearly four million. Shawn Boonstra sat with Leito during the GC Session in St. Louis as he reminisced about evangelism and GC Sessions past.

Shawn Boonstra: I understand you hold the distinction of having served as a division president longer than anyone else has. You were the IAD president for …

SB: Tell me about your experience in that division. During your tenure there, you saw real growth in the church.

IL: The Lord has blessed the church…. The evangelistic drive and spirit of Inter-America did not come with my time. We were just reaping from what Bender Archbold — two presidents before me — did. Bender Archbold was always greeting people with the palm of his hand. We were less than 300,000 members when he became president, and he was determined by the grace of God to reach half a million members — and he nearly doubled the membership in the span of his ministry. What he did has really galvanized the division to the prospect and benefits of evangelism. All of us who came behind him? We have just been blessed by what he did to inspire the division for evangelism. All that happened during our time was not our work; we just continued what he started. I give him credit for everything that happened.

SB: One thing I hear from some North Americans, when they hear about the growth in the IAD, is, “It must be nice. It’s so easy there.”

IL: It’s not. It is absolutely not easy to win souls in Inter-America. You have to work hard. However, there are some issues that might facilitate [evangelism]. Our countries — the people of Inter America — we are still finding our feet; we are still trying to become North America or Europe. And that is what drives people to always be looking for something. It’s not like the First World, where people are settled and say, “I don’t need anything else.” They always say, “We can improve this — we can improve that!” And that opens the way so that we can approach them: this is your best way, following Jesus.

SB: What is the secret of growth? Sometimes there seems to be a perception in some places that the work will be finished by a handful of star evangelists. I have always suspected that is why the work is so slow [in some places]. Tell me: what’s the approach to growth?

SB: I have no argument with that. As an evangelist, I congratulate you on that move.

IL: We insisted: we need the church to do evangelism, and not the “star” evangelist. That has been a great blessing, because everybody realized, “It’s my responsibility — my privilege! I cannot invite evangelists to come and do it for me; I have to do it myself!” And that was a great blessing.

SB: You’ve been to a lot of GC Sessions. When did you start going?

IL: [In] 1975. I went to my first GC session in Vienna; it was the first time the GC held a session outside of the U.S., and I was privileged to be a delegate to that session.

SB: What was your impression of that session?

IL: You can imagine, I did not sit in meetings all the time. The first impression I got was to see the church at work — to see how it functions — to see how we do things, and how we are together as a church. The church was not as diverse as it is today, even though it was all over the world. It was easier back then than now. Today, we are so diverse, and we really need to choose our actions carefully to promote unity and not to facilitate division. I say that very carefully. Good things may be intended, but the results … we as a church will always stay together, definitely. But then, if you look at this session—and I’ve been attending since 1975 and have seen, time and again — the acrimony becomes stronger and stronger.

SB: Do you think that’s a product of cultural friction?

IL: I don’t know if it is cultural friction. I believe the main issue that we face is hermeneutics, the way we interpret the Bible. You see the big discussion they are having now about the Spirit of Prophecy and the Bible — these sort of things that are creating, or strengthening, little things that drive us more apart. But you know, the beauty of it is, after this meeting, we write each other, we call each other … we are one. It’s just that when we are together that we have this “trouble.”

SB: This General Conference Session is a little different than many of the others. What are your impressions of St. Louis 2022?

SB: And yet I’m finding the debates are not as passionate as some years.

IL: The debates on the floor, they may not be as passionate. One of the most acrimonious sessions I attended was in Dallas. It was at that time that the GC decided to write its own rules of order. That became the main issue.

SB: I wasn’t there. They were using Robert’s Rules?

SB: Do you think, as you’ve watched since then, that it was a useful move?

IL: Absolutely. It has unified the church in the sense that when we come together, those of us who at least read the booklet know how to do things. We are free [at other levels of the church] to decide if we want to use it. We are still free; it is not forced on us. In the Inter-American Division, we decided that if the world church is going to use it, this is what we’re going to use as well. So, this has at least taken away that thing where we fight over little rules.

SB: One thing that is new at the last several Sessions is the fact that the meetings stream live over the internet. When I first joined the church, I had to wait for someone to give me a VHS tape to find out what was happening in Utrecht. With live streaming, there are potentially a lot more church members watching, and I know that some of them think, “This is an awful lot of dry business.” What would your response to those people be? What should they be watching for?

IL: They should be watching first — carefully — that our church is not a dictatorship. We are free to speak. People are not afraid to give their opinion when they are here together. And thus should the church function at the local church level as well. The member in the conference and the union? They should have that openness to be able to have a vigorous debate and still remain friends — because this is how our church functions. I believe this is very helpful. If [people] could understand this and not see a discussion as animosity — enemies — it’s just a difference of opinion, and we continue to be brothers and sisters.

IL: It is so important that people in the pew, or sitting under a tree, can say, “This is the church that I love!” Whatever we do here, it must project that love for the church — and when I say church, I don’t mean the GC building, or the IAD building, or the EUD building — no, I mean the church. From bottom up, or from top down … and I hate to say “top down,” because it’s always bottom up, because that’s where the power is. If it can inspire the members, not just to say, “I’m so happy for what is happening in Inter-America, the third largest division in the world,” but to say, “I’m so happy for what is happening in South Africa” and elsewhere, that is important. It brings the feeling of well-being, of success together as a church. For me? That’s the main thing, and if it brings that in, it strengthens my spiritual belief. It strengthens my belief in the Bible, in the Spirit of Prophecy. And I say, “OK, so I’m not just my own little thing here in a corner. We are one church.” That is so important.

SB: Agreed! Thank you very much for making a little time for me.

News
Local Church Establishes Virtual Grief Support Ministry
Initiative is a response to the loss of several church members in 2021. 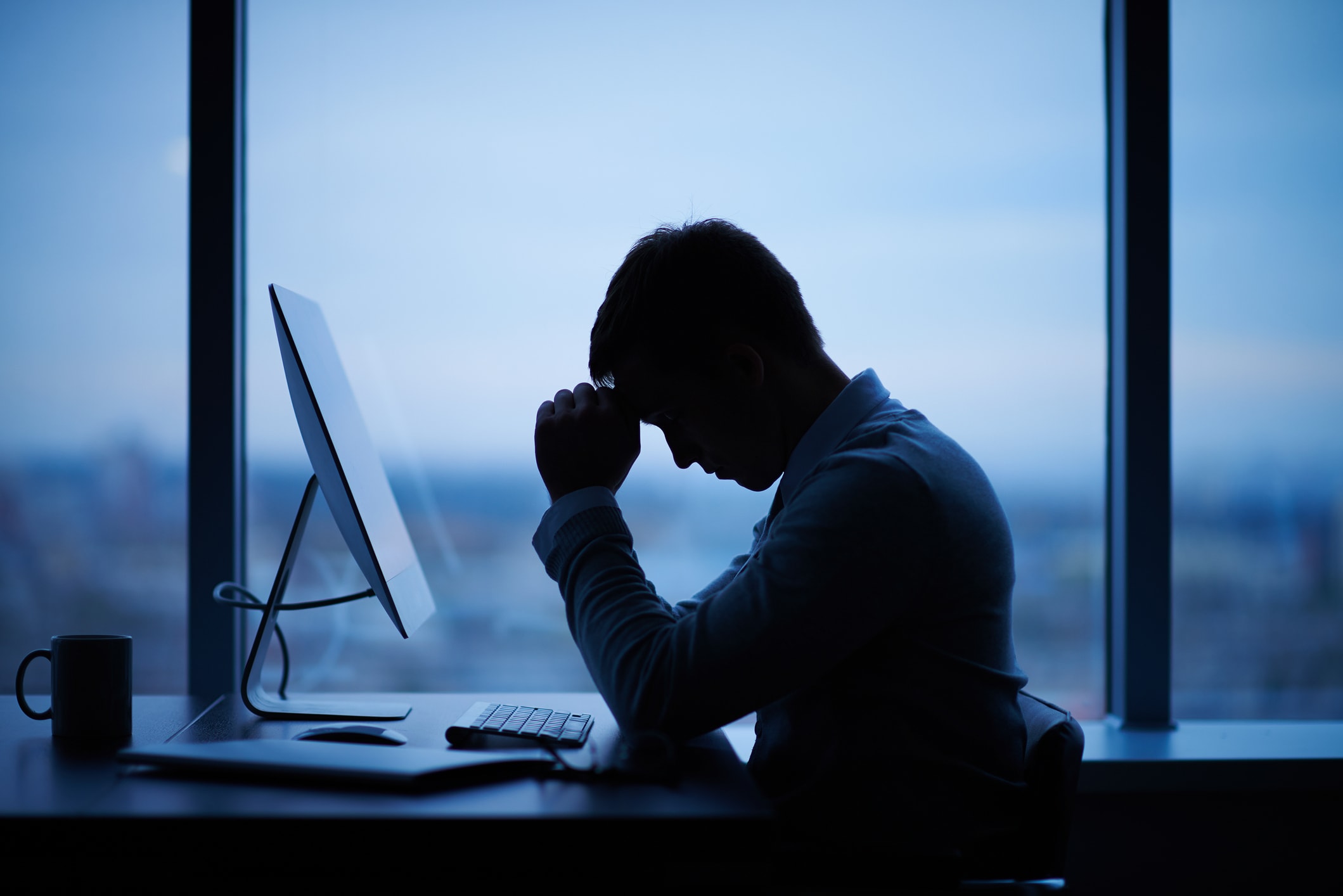