The team that cycled to the 2022 GC Session raised awareness for the lifesaving project. 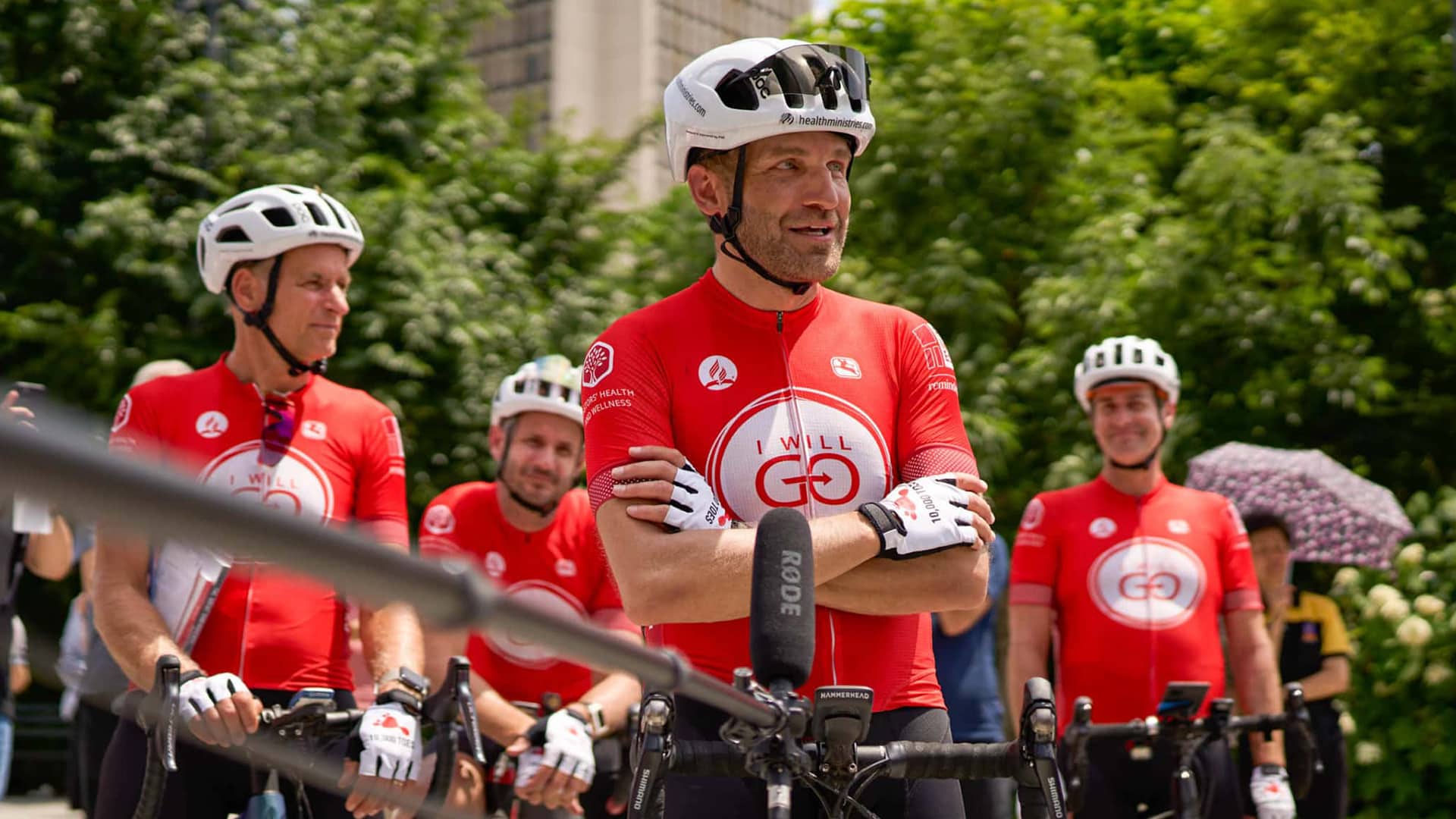 On June 5, eight weary but inspired bicyclists arrived in St. Louis, Missouri, completing a 1,200-mile (1,900-kilometer) trip from Washington, D.C., in celebration of the work of Australian pioneer missionary Philip Reekie, who, in the late nineteenth century, delivered Adventist literature to remote locations by bicycle. Through Reekie’s tireless efforts, the family of one of the cyclists — Anthony Kent — came into the Adventist Church, and more than 20,000 Adventists in the South Pacific now trace their church roots to Reekie’s work.

In addition to distributing copies of The Great Controversy and Your Bible and You along the route, the cycling missionaries also raised awareness for a very special cause in the South Pacific Division (SPD). “The biggest challenge in our division, health wise,” cyclist and SPD president Glenn Townend explains, “is lifestyle diseases, and particularly type 2 diabetes. Every twenty minutes in the South Pacific, someone gets a limb removed. I grew up in Papua New Guinea; when I was a kid there in the seventies, nobody had type 2 diabetes. Now it’s estimated that one million of the eight million Papua New Guineans has it.”

Western diets and lifestyles have taken a toll on the region. “They sell their garden produce,” Townend elaborates, “to go to the shop and buy Western food because they think that’s the thing to do. It’s a huge challenge. The governments haven’t known what to do, and as a church, we’ve got a health message, and we know — scientifically — that you can often reverse type 2 diabetes by a better lifestyle, getting back to their original food and exercise.”

The profound need led to the creation of a crucial campaign known as Ten Thousand Toes. The cyclists wore special gloves and socks on their journey to raise awareness for the campaign, marked with a logo that features a foot with a missing toe — a sobering reminder of the toll of poor lifestyle choices. “We wore them symbolically,” Townend continues. “We were wanting to make sure that people thought about health and our efforts to save ten thousand toes.”

The reception was positive. “I was stopped maybe ten times a day,” Townend remarks. “In eleven days of riding, I think I only had two people who said no [to the literature we were offering].”

The response to the Ten Thousand Toes campaign in the South Pacific has been phenomenal. Governments are now turning to the Seventh-day Adventist Church for solutions. Adventist churches are becoming wellness hubs for their entire communities, and the communities love it. “The Adventists are helping us!” is a common refrain. In the Solomon Islands, there now is an entire island where everybody has been trained in how to deal with type 2 diabetes.

“We want every village and every town throughout the South Pacific to have an Adventist presence and kit to help people test for type 2 diabetes — and our dream is becoming a reality,” Townend says.

The South Pacific Division is already planting churches as a result of the program.

You can learn more about the cyclists’ mission at iwillgoride.org.