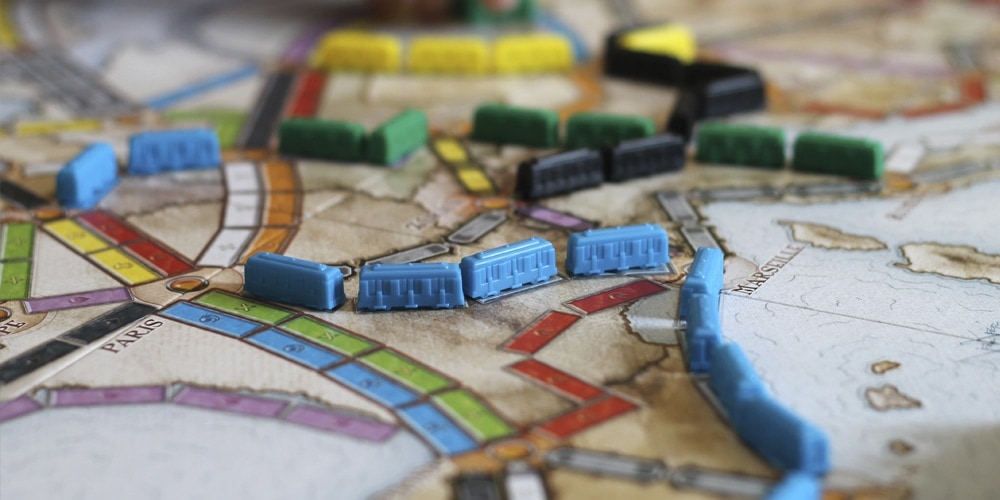 At the outbreak of World War I, Studdert Kennedy, an Anglican priest, volunteered as a chaplain, serving even in the trenches. In 1917 he was awarded the Military Cross for heroics after venturing often into no man’s land to rescue injured soldiers.

In later years, as a poet, he sometimes drew on his military experience in his verse. In his description of the crucifixion of Christ, he referred to the casting of lots for Jesus’ seamless, woven garment:

“And, sitting down, they watched him there,

There, while they played at dice,

He made his sacrifice.”1

Dice are the oldest known gaming devices. Whether they were used in this way to gamble as a solution, the readiness to do so at least suggests a familiarity of soldiery with some form of gaming. After all, what did Roman soldiers do when they weren’t conquering the world? Surely there were times when they weren’t in mortal combat—down times when they were able to read a book, write home, or just put their sandaled feet up and relax.

Archaeologists have noted, in fact, that one of the pastimes of the Roman legions was a board game. It was a strategic contest they called “Game of Mercenaries.” Its object, like most such diversions since, was to defeat an opponent in a friendly form of competition.

Board games, in fact, go back in the history of human culture to earlier times than that of the Roman Empire, and engaged the interest of people other than those in the military. The Vikings played Hnefatafl when they weren’t pillaging some hapless people. In India Chaturanga was the foundation for what became over centuries the game of chess.2

Senet, one of the earliest games that archaeologists have found, goes back as far as 3100 B.C. The young pharaoh Tutankhamun and Queen Nefertari, wife of Ramesses II, both played it. And, centuries later, surely, the young man Moses, his Egyptian name by which he became known, may have played the game during his young life in royal society—before he led that rebellion into the wilderness.

Board games may have been the first expression of sociable contest between two competitors. But somewhere along the line, it got physical. It’s believed that the history of sport began with wrestling or boxing, and even Scripture includes references to athletics. The apostle Paul refers repeatedly to competitions. “Do you not know that in a race all the runners run, but only one gets the prize? Run in such a way as to get the prize” (1 Cor. 9:24). And, “I will be proud that I did not run the race in vain” (Phil. 2:16, NLT).3

It is uncertain, however, how far back in human history gaming came along—or how it may have originated at all. But the idea of passing time in the form of some competition, sometimes by chance and sometimes by tactic, to defeat an opponent has been part of human behavior for millennia.

In time the game of Senet, in fact, even took on spiritual qualities, success in which indicated a kind of salvation. Tristan Donovan, author of It’s All a Game: The History of Board Games From Monopoly to Settlers of Catan, says that “the final space [in the game Senet] represented Re-Horakhty, the god of the rising sun, and signified the moment when worthy souls would join [the sun god] Ra for eternity.”4 It should come as no surprise that the foundation of a game might be based on worldview.

That this earliest of games had developed mystical attributes suggests that this kind of competitive activity may derive from even deeper human character. Evolutionists would surely have their own explanation for a fascination with competition. Today there are actually sold-out events in which crowds pay to watch gamers compete in video contests. There is something more here than mere casual pastime.

The human fascination with games—with competitive contests between two opponents—began to arouse the attention of mathematicians as far back as the early eighteenth century. Though the earliest interest did not use such terms, the pursuit of this study has expanded exponentially ever since into a field of research that today is called “game theory.” It has focused on “two-person zero-sum” contests—“a situation (such as a game or relationship) in which a gain for one side entails a corresponding loss for the other side.”5

The principles that have come out of this research have been applied more and more in the fields of biology, social science, and economics as it seeks to understand decision-making and probability. What can be learned, for example, from the mathematical application of the winning of a game of chess that may be utilized in the creation of artificial intelligence?

Such is the basic nature of human curiosity in our own thought and behavior. Why do we do what we do? How has this brought us to where we are? How may we predict, mathematically, the behavior of groups or individuals? Is any of this information worth our attention?

Is it not possible that the fascination of competition in gaming or sport—in the assumption of one’s supremacy in the defeat of an opponent—may be traced back to the very beginning of humankind?

Maybe even before that. Even before the creation of the world, the very germ of the competitive spirit may have been the feeling in the heart of an angel—a created being—for something more than his state of existence. He somehow came to crave a zero-sum supremacy to become more, even, than his Creator.

It may sound a little discomfiting to consider the way in which today’s athlete may envision the defeat of opponents. In essence, there seems little difference, however, between this and a more universal contest in which the “Day Star, son of Dawn,” exclaimed, like a cosmic athlete before a supreme test against the ultimate adversary, “‘I will ascend to heaven; I will raise my throne above the stars of God’” (Isa. 14:12, 13, NRSV).7 Since that fateful moment, he has sought to stave off ultimate defeat through dogged strategy against the human race—you and me.

But the Creator has brought in the only Player who had the qualifications to bring victory in this cosmic conflict—this “great controversy.” He set in place the sacrificial game plan that spells the ultimate and inevitable end to this terrible contest.

God has done what He can. And now, in personal gaming parlance, it’s our move.

Gary B. Swanson edits Perspective Digest, the journal of the Adventist Theological Society.

7 Bible texts credited to NRSV are from the New Revised Standard Version of the Bible, copyright © 1989 by the Division of Christian Education of the National Council of the Churches of Christ in the U.S.A. Used by permission.

Letters
Inbox
A Legacy of Faith | War and Peace | “Crying ‘Uncle’”! | Just as I Am | 365 Days With Jesus
Commentary
Paradise Lost
Bible prophecy isn’t the problem in our evangelism; it’s the God-given message that works.