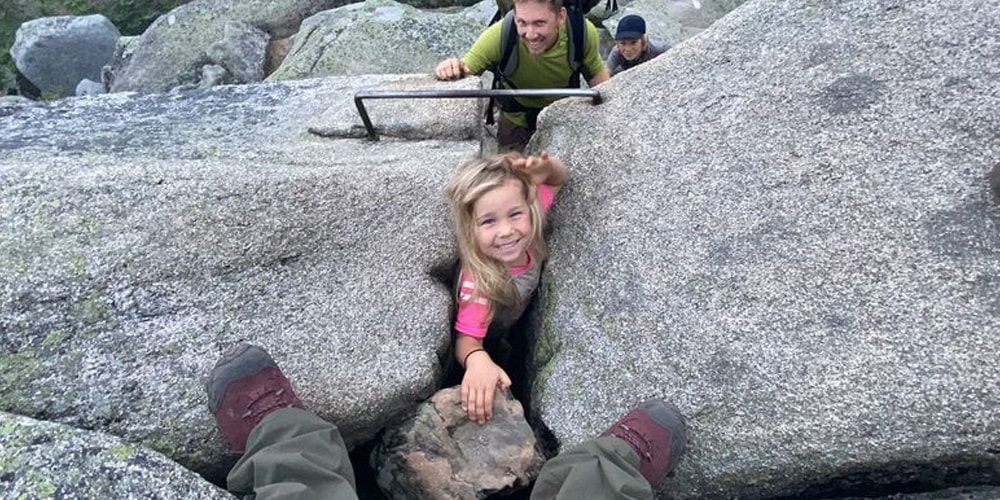 A volunteer physician family serving in the northern African country of Chad took a seven-month break to hike the Appalachian Trail with their four children. Their four-year-old girl is believed to be the youngest to complete the iconic 2,193-mile (3,529-kilometer) hike from Georgia to Maine in the United States.

Mother Danae says their youngest, four-year-old Juniper — whose trail name is “Beast” — completed the entire hike on her own two feet.

Her trail name rang true during a steep, hilly homestretch. Juniper sat down at the base of one of the hills and began to cry. She wouldn’t tell her parents why until finally she said, “Mommy is carrying my backpack, but I want to carry it!” She took the backpack and sprinted to the top.

The Netteburgs say that on the trail, Juniper would often be waiting for the rest of the family to catch up — sitting patiently on a rock or fallen tree.

About the Appalachian Trail

The idea of a trail that would cross the United States from north to south came about in 1921 and was completed in 1937. According to the Appalachian Trail Conservancy, which manages the trail, it is the longest hiking-only trail in the world. According to some estimates, about two million people hike at least part of the trail each year.

Most of the trail is in forest or wildlands, but parts of it traverse villages, roads, and farms. It passes through 14 states of the eastern United States.