For My Friends, Prayer Is Just One ‘Like’ Away 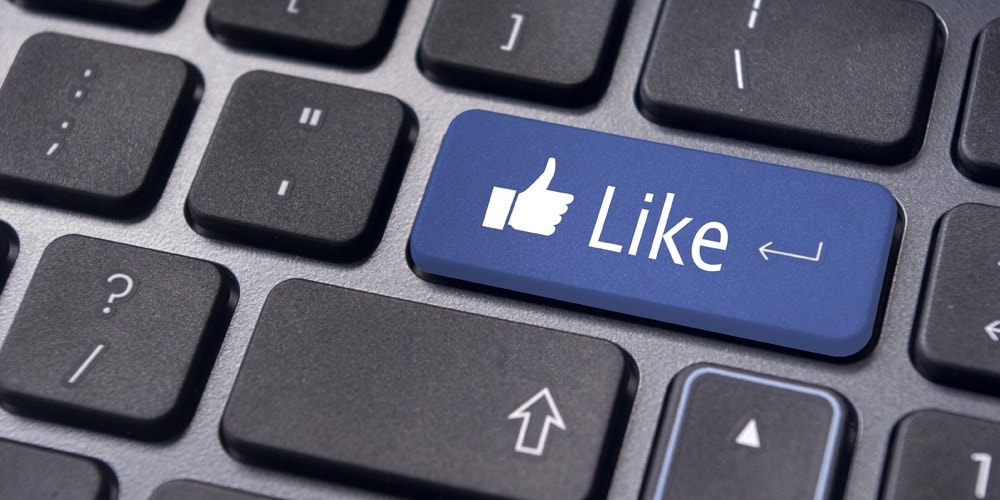 Mervi Kalmus, a pastor in Estonia, opens her heart and steps out of her comfort zone, to make a difference in the lives of her friends. — Editors

I am a very private person. I am certainly not one of those people who would constantly post “Jesus Loves You” memes or gospel songs on Facebook. Shouting out loud about my beliefs or life circumstances is not my cup of tea. On the other hand, I am a devoted follower of Jesus and, thus, under the jurisdiction of His Great Commission. This inevitably leads to moments when these two aspects of my life clash.

Last September I could sense one of those clashes coming my way. For some time I had had it in my heart to offer my friends an opportunity for prayer. Yet the other, introverted, private part of me thought that I should not rush into it. Maybe the idea would leave if I remained quiet long enough.

It did not leave. I had to pick up my courage and act.

On a Friday afternoon I was on a train heading from London, England, toward Newbold College, and I finally decided I could not ignore that little voice anymore. It somehow helped me that I was on vacation, away from Estonia, away from my usual surroundings, and away from the very people that I was about to reach out to, and whose criticism could intimidate or even hurt me.

Sitting on the train, I opened my Facebook account and wrote to all my Estonian friends. I told them I would take extra time for prayer the next day. If any of my friends wanted me to pray for them personally, they just needed to like my post. If they had any specific prayer request, they could send me a private message. Then I switched off my phone.

I was a little scared, not knowing what to expect or how to feel about the whole thing. What happened next, I certainly did not anticipate.

Dozens and dozens of people liked and commented on my post, some of them writing me private messages and pouring their hearts out to me. And what a cross-section of people: young and old, Christians and atheists, close friends and mere acquaintances, straight and gay, homemakers and pastors, and everyone from students to one of the most acclaimed concert pianists in the country.

People who chose to write to me told me about their struggles. They shared health problems and the burden of singleness, worries about their loved ones or the desire to serve God and His church yet not knowing how to do it.

I read those messages late at night until I cried. The next morning, I dutifully wrote down all 76 names and prayed for each one of them. I was lucky to have a free Sabbath (Saturday), a luxury that a minister rarely has these days, because my private prayer meeting lasted for half a day.

It was toward Sabbath evening by the time I was done (read: exhausted) with my prayer meeting and wanted to take down my post from the previous evening, when I received the most touching message of all. It came from a childhood acquaintance whom I had not seen for some 20 years. She asked if there was still any room in my prayer list and told me she would appreciate my prayers for her one-year-old son waiting for open-heart surgery.

She did not know how to pray, so she was wondering whether I could help her. “Yes, of course,” I replied to her. “I will pray.”

Phew! It turned out to be one of the hardest prayer battles in my life. I prayed for weeks for this little fellow who had to endure not one but two open-heart surgeries and who almost did not come back to us. To this day his mother sends me photos and videos of his recovery and the “careless joy” only little kids can have. I almost think of him as my own son now. While I have not been able to visit this family yet and have never seen the boy face to face, what a day it will be when I finally meet him!

This prayer “experiment,” which I have repeated several times (with a lot less anxiety and much more confidence), has taught me some valuable lessons.

First, it has shown me the general longing in our hearts for someone to care enough to pray for us personally. We — both religious and non-religious — really do have this longing in us. As Christians, we do well to remember it.

It has also taught me about the potential and power of social media.

Facebook makes it so easy — can you imagine, a personal prayer just one “like” away! There is no threshold lower than that! I know many of the people I’ve prayed for would not dare to set foot inside a church building, but a “like”? That is easy. It is doable.

I have also learned more about the power of prayer than maybe ever before. In the weeks and months following my prayer adventure, I have received many happy and reassuring messages or calls: “Yes, the diagnosis was better than feared”; “This situation has solved”; “That problem has been taken care of”; “Thank you, thank you.”

Of course, many people I have not heard from again. And they are probably the ones who have taught me the most important lesson of all — about the need to be persistent in prayer, whether I see results and hear the happy reports or not. God is not so much into public spectacles but foremost into quiet and invisible work in people’s hearts. And when I do not hear from the people, it just teaches me to be patient and continue praying.

I treasure the prayer lists I have from the past year. I love the stories I hear. I love the way I am much more engaged in my friends' lives after having prayed for them. I care about them more now. I love going to a concert hall and listening to my favorite pianist with different ears (or, you could say, with a different heart) because I regularly lift him up in my prayers.

I have equally come to treasure these beautiful words written by Adventist Church co-founder Ellen White: “I saw that every prayer which is sent up in faith from an honest heart will be heard of God and answered, and the one that sent up the petition will have the blessing when he needs it most, and it will often exceed his expectations. Not a prayer of a true saint is lost if sent up in faith from an honest heart” (Testimonies for the Church, vol. 1, p. 121).

The original version of this commentary was posted on the Trans-European Division news page.