A Distinction With a Difference

“It takes only as long to forget a thing as it did to learn it.” 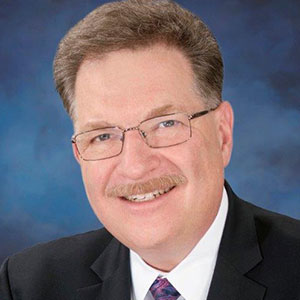 More than 15 years ago I asked a question in this space that seemed initially to resonate with readers: “Who discipled you?” Handwritten and emailed responses flowed in during the next three weeks, full of details—dates, times, occasions, and even names of prominent evangelists—somehow related to each writer’s story of salvation.

Unfortunately, not one letter writer actually answered the question I asked. To them, “discipled” meant “convicted” or “converted” or even “baptized.” But nary a one described the patient, durative process by which a new believer is “formed in Christ” (see Gal. 4:19), or pointed to someone who had patiently journeyed with them while that transformation occurred.

In hindsight, I shouldn’t have been surprised at how little my question was understood. As a lifelong Adventist, the assumptions—and yes, the vocabulary—of my Adventist culture taught me to equate Jesus’ command to “make disciples of all nations” (Matt. 28:19, NRSV) with another task He also clearly urged: “Go into all the world and proclaim the good news to the whole creation” (Mark 16:15, NRSV). Discipling and proclaiming were assumed to be just slightly different expressions for the same phenomenon. Indeed, that conflation is still evident as many church leaders, evangelists, and pastors use the terms.

Because the proclaiming task is more easily measurable, both in the number of sermons preached and in results that appear to follow (3,000 baptized in one day at Pentecost; 30,000 baptized in one day in a sports stadium), the takeaway is that the “telling” is significantly more important than the “showing.” We applaud the bright, telegenic evangelist whose charisma and persuasive gifts bring persons down the aisles to commit their lives to Jesus. We say almost nothing—and certainly devote almost no comparable resources—to the equally vital process by which a convert learns the life of Christ (see Eph. 4:20).

All of this might seem only a semantic distinction—a question of emphasis—were it not for the alarming reports emanating from the church’s world headquarters about our increasing inability to retain members. At the General Conference Executive Committee’s most recent meeting, data were presented that surely made every leader and delegate wince: of 41,225,021 persons who joined the Seventh-day Adventist Church since 1965, at least 16,804,656 have left, a staggering 41 percent of the total. Every pastor, including this one, will testify that the number who have “officially” departed is only a portion of the actual total.* As we have all learned to say, “Actual results will vary”—have varied, are varying.

It’s thus no mystery that we are beginning to hear a new drumbeat among us from some concerned leaders, pastors, and evangelists. While we justly celebrate the moment when a new believer steps into the water and rises to newness of life, the essential task—and the one to which we must bend our best thought and a rapidly increasing share of our resources—is still ahead of us. We must teach and model to that new believer the attitudes of Jesus; the clarity of His truth; the habits of prayer and study of the Word; and yes, the responsibility to live, work, and worship as a witness.

An adage from a long-ago Greek class still chastens me: “It takes only as long to forget a thing as it did to learn it.” Because of the unstinting activity of the Holy Spirit, a person may be convicted and decide to make a life-altering choice to affiliate with God’s remnant people during a three-week campaign—or even because of a single, well-preached sermon. But until we build ongoing, multi-year discipling classes; until we learn to pair new believers with mature, steady members for a minimum of at least a year of walking together, we will find ourselves not only wincing, but genuinely in the shaking.