‘O Come Let Us Adore Him’

Don’t let the noise of our troubled century drown out the angel song: “Unto us a child is born.” 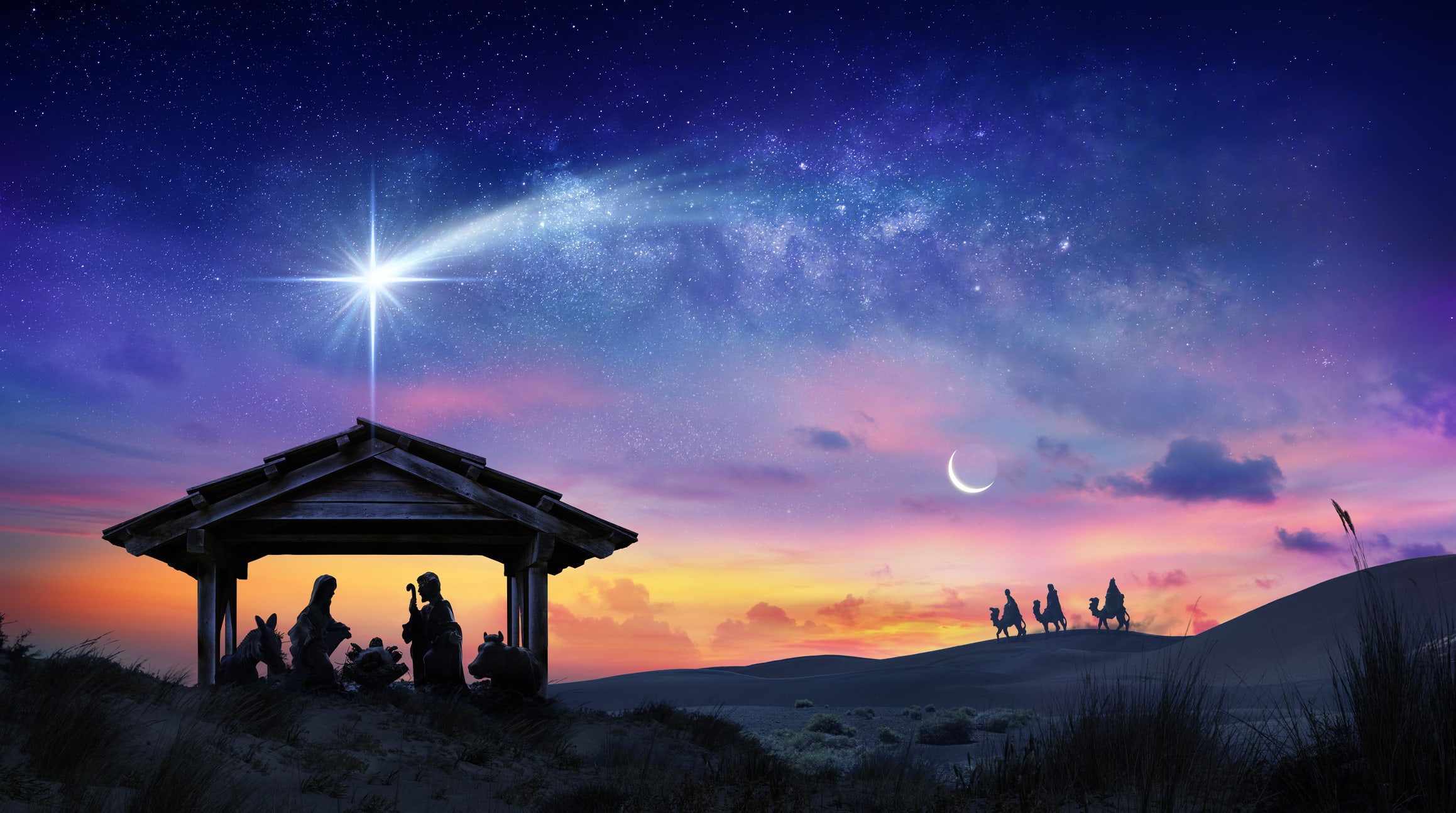 In this short series over the holidays, we’ll be bringing you Christmas articles from years past. Why explore vintage Adventist Review? Because the reason for the season never changes. So sit back and join us as we revisit Christmas from the pages of Adventist Review. Perhaps what you read and hear will be nothing new, or maybe, just maybe, these thoughts on the miracle of the Savior coming to us as a baby will ignite or reignite something beautiful in your heart. From our Adventist Review Ministries family to yours, blessings for a beautiful Christmas season.—Enno Müller, news editor

How still we see thee lie!

Above thy deep and dreamless sleep

The silent stars go by;

Yet in the dark streets shineth

The hopes and fears of all the years

Are met in thee tonight.”

Around the manger of Bethlehem, forever a rebuke to the way of the world, believers in Christ in all ages have gathered. This Christmas we join them.

We bow in adoration as we contemplate the mystery of divine love. Hands that made the heavens and the earth, that painted the green hillside and spread the valleys with flowers, felt the cold stone of the manger and patted the beasts of the stall. Eyes that had seen archangel and seraphim prostrate themselves before Him now watched lowly rustics kneel in the dust of the stable.

When the Christmas toys lie broken, the wrappings are discarded, when the tinsel is put away and the Christmas trees lie exposed to the chill January winds, the great truth remains that in the gift of the Saviour heaven gave its greatest treasure to ransom the lost.

That is why the apostle prayed: “Thanks be unto God for his unspeakable gift” (2 Corinthians 9:15). For it was to us He was given, to you and to me. He came, and evil is defeated. Life has meaning, for anxiety, guilt, and loneliness are swallowed up in the flood of redeeming love. “Thou shalt call his name Jesus,” Mary was told, “for he shall save his people from their sins” (Matthew 1:21). Out of the dark chaos of sin He lifted man to behold greater heights than he could have imagined.

Simply, the gospel tells the story, old yet ever new, of shepherds looking after their flocks underneath the bright Eastern stars. Suddenly, the heavens grow luminous as angel songs sweep across the silent fields.

The shepherds were frightened, as men are always frightened when, for the first time, they come face to face with the divine. So Simon Peter, when he saw the miracle of the fish, cried out, “Keep away from me, Lord, for I'm only a sinful man!” (Luke 5:8, Phillips).1 Jesus said, “Don’t be afraid, Simon” (verse 10). It was the same message the angel gave to the shepherds: “Fear not” (Luke 2:10).

Higher than the sound of carols in the stores or on television, sounds the dominant note of fear in this troubled world. Yet still to this generation, to men and women who pause to listen, comes the heavenly message of hope: “I bring you glorious news of great joy which is for all the people . . . a Saviour has been born for you” (Luke 2:9, Phillips).

Not to men filled with a sense of their own self-importance was the word of hope given. The mighty of earth were overlooked, most scholars were unaware, but to simple men who were awake and watching, heaven spoke. Many might have read the prophecy of Micah 5:2: “But you, O Bethlehem Ephrathah, who are little to be among the clans of Judah, from you shall come forth for me one who is to be ruler in Israel, whose origin is from of old, from ancient days” (RSV).2 Or they might have understood the words of Daniel’s prophecy: “Seventy weeks are determined upon thy people” (Daniel 9:24) and have known of the momentous hour in which they lived.

But in an anxious world people were preoccupied with their own concerns, worried about events taking place around them, unaware that the climax of history had come. They did not hear the angels sing.

In our own troubled century the noise and excitement of a holiday season can still drown out the angelic choir and its message: “Peace upon earth among men of goodwill!" (Luke 2:12, Phillips). Yet still to burdened hearts, seared by the inhumanity of man to man, longing for a reality outside themselves, comes the truth of Christmas: “A Saviour has been born."

Tragically, as the world remembers the birth of the Prince of Peace, guns still boom on distant battlefields and the red flash of bursting bombs lights up the night sky. The world of the Roman Empire was also harsh and cruel, as the spirit of the world is always harsh and cruel. War was not unknown to the shepherds. They had watched the Roman legions tramp through the villages of Palestine. Even the people of God had absorbed the spirit of a skeptical age. To many it seemed as if God were dead and His voice no longer heard in human affairs.

Yet God’s appointed time came. He intervened in history, and the world was never again the same. The rulers of earth at the time of His birth have long since passed. Forgotten battles and generals appear as names in musty tomes, hidden in the recesses of library shelves. But He reigns eternally at the right hand of the Father, triumphant in the lives of countless men and women who recognize His gift of life. Human love wanes and often is forgotten, yet the love of the Eternal is never ending, flowing from Bethlehem in a mighty torrent.

And so as Adventists, this Christmas time, we gather around the manger of Bethlehem. For a short while in the onward rush of life, the things of earth grow dim as we turn to the eternal realities beyond the petty concerns of life. And at this holiday season, with hearts aglow with love and devotion, we echo the words of Scripture: “Thanks be unto God for his unspeakable gift” (2 Corinthians 9:15).

This article originally appeared in the Review and Herald, December 22, 1966.

1. Bible quotations marked Phillips are from The New Testament in Modern English, © J. B. Phillips 1958. Used by permission of The Macmillan Company.

2. Bible quotations marked RSV are from the Revised Standard Version of the Bible, copyright © 1946, 1952, and 1971 the Division of Christian Education of the National Council of the Churches of Christ in the United States of America. Used by permission. All rights reserved.

Commentary
What Is the Bethlehem Story?
The world knows the story, but how few know the Saviour.