Volunteers describe challenges and opportunities in the mission field during the ‘I Will Go’ convention. 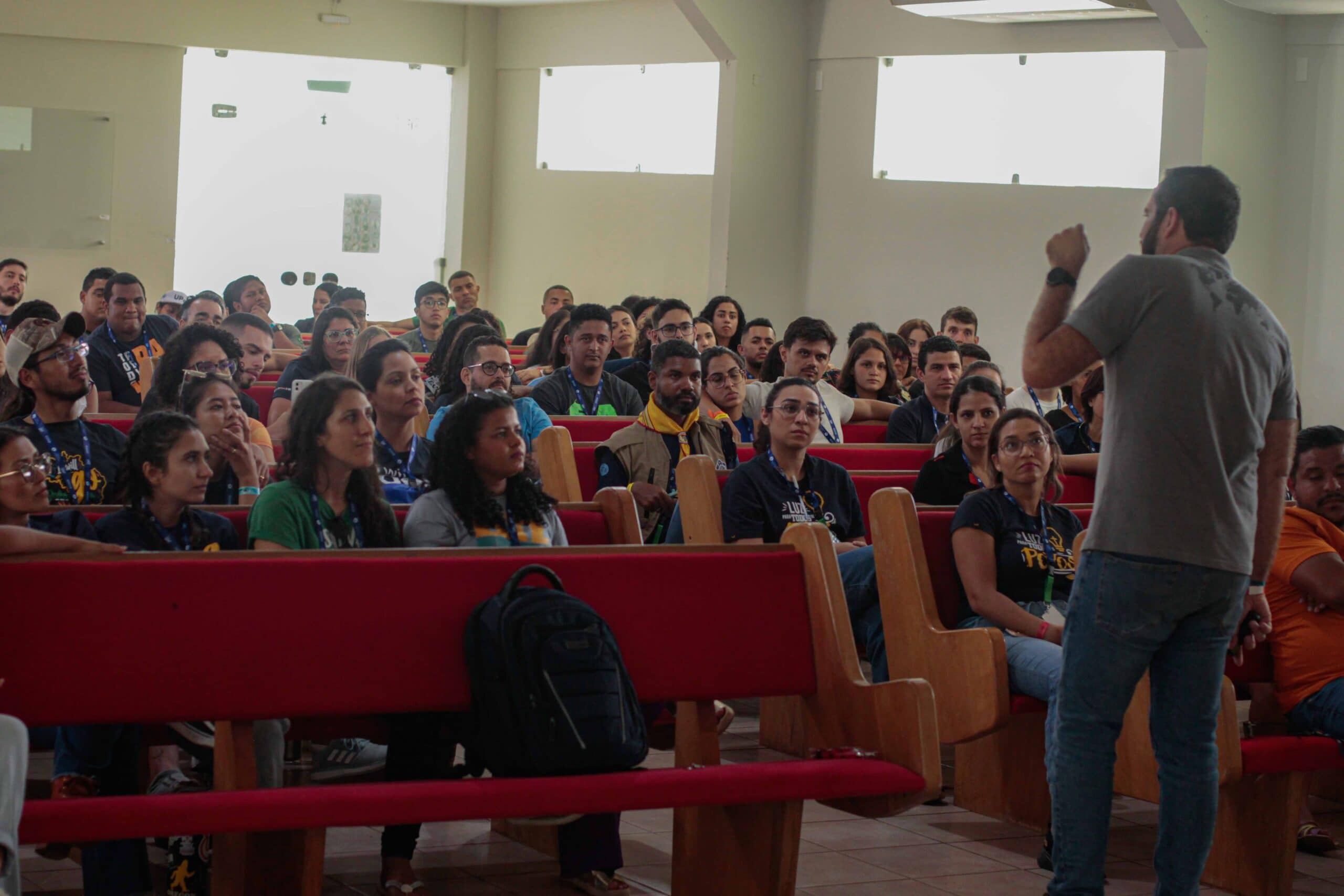 Volunteering in mission in different cultures is inspiring but not without challenges, a group of volunteer missionaries recently said. During the I Will Go mission event that took place at Bahia Adventist College in Bahia, Brazil, October 19-22, many of the 5,000 people attending heard eyewitness accounts on mission volunteer service around the world.

Using a format that included plenaries and workshops, organizers offered training opportunities covering 15 topics, such as how to use their profession as a mission, how to overcome cultural shock, and navigating the challenges and opportunities in countries with restrictions on religious freedom.

In sharing his experience in Middle Eastern countries, missionary John* said most of the population is not acquainted with the Bible or its teachings. Thus, serving in those countries needs to be accomplished in incremental stages and with caution, he said.

John emphasized that two essential elements for mission are the ministry of prayer and building relationships. “Building relationships requires sacrificing of your time,” he said. “Sometimes, it takes eight years for these people to change their worldview and understand and learn about the God we believe in.”

Mark shared from his experiences volunteering in Asia. He emphasized the importance of volunteers learning about the country where they intend to serve. “Watch documentaries, movies; know the style of regional music. Anything that you learn will not [be] in vain as regard to mission,” he said.

Though he found it challenging to share the message of the Bible very cautiously, Mark reported that his service itself was the realization of a dream. “I always dreamed of being a missionary. I’ve always wanted to expand my horizons. I already had a ministry in Brazil, but I realized that I needed something more. It’s one thing to learn from books and another one to experience it by yourself. It motivates you, transforms you. My wife and I are looking forward to our next mission opportunity,” Mark said.

Culture Shock: A Bridge to Learning

“Even within just one country such as Brazil, we see different cultures from one region to the other,” Maria, a psychologist who has been in Central Asia for eight years as a missionary, said. Maria gave tips on how to overcome culture shock when entering to serve in a foreign place.

She also talked about how important it is for volunteers to prepare for the mission field by taking care of their spiritual lives, standing firm on the purpose that motivates them, and preparing their minds. She also noted that it is important for missionaries to serve as part of a team, being willing to learn from each other.

Gabriel do Valle works in the state of Goiás, Brazil and attended Maria’s presentation because he said he can relate to the topic. In the past, do Valle shared, he also had the opportunity to be a missionary within a different culture. Every year, do Valle and his team go on a monthlong mission trip to an indigenous village in the state of Tocantins, Brazil. Every visit is like a cultural immersion of learning for everyone, he said.

“We can’t go to the mission field just for the purpose of teaching,” do Valle said. “We can also learn a lot from the local people and out of that, learn to teach them taking into account their particular context,” he said.

*For security reasons, names of missionaries abroad have been changed.