An Invasion of Love

In Bosnia and Herzegovina, Adventist youth participate in bridge-building initiative. 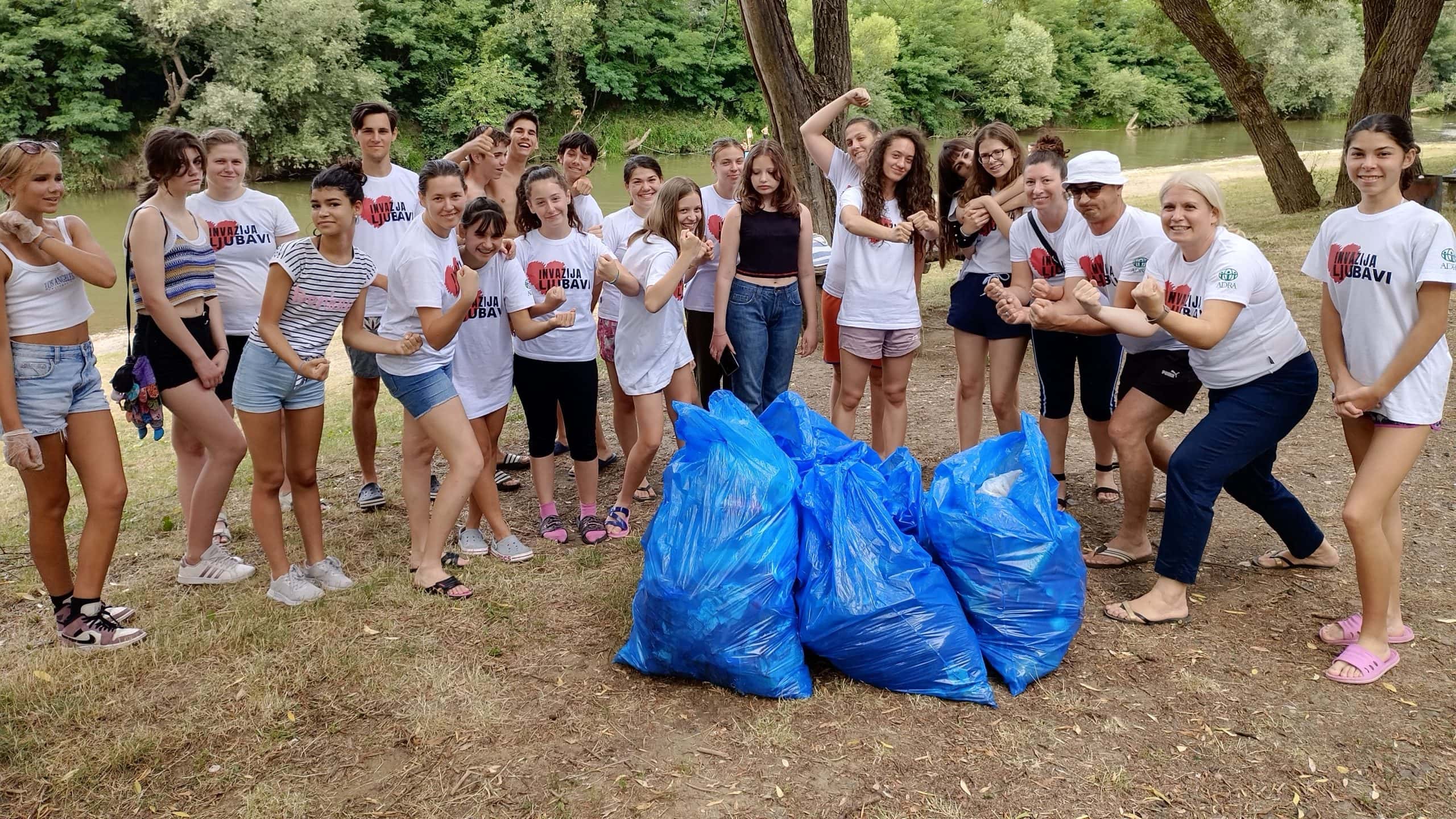 The legacy of the war in Bosnia and Herzegovina (BiH) can still be felt. One of the bloodiest wars in recent European history, it left 100,000 dead, two million displaced, and a deeply divided society. Adventist youth in BiH are working to change the legacy by taking part in a bridge-building initiative that focuses on serving the community.

Entitled “Invasion of Love,” the project is based on a contact hypothesis, a theory which states that people are more inclined to bridge their differences if they are working toward a common goal. Putting this into practice, the group of 27 volunteers included a Muslim and an Orthodox female who worked alongside the Adventist volunteers to serve the people of Derventa, a city in the north of the country.

For the sixth year running, from July 4 to 10, 2022, young volunteers could be seen around the town cleaning the streets, giving away flowers and baskets with essential items, and offering free blood-pressure and blood-sugar-level tests. They also worked with a special needs group, and they included a visit to the police and fire brigade headquarters to express gratitude for the first responders’ work in keeping everyone safe.

“This is the first time that we held the project in an area where the majority are Orthodox Serbs,” Božidar Mihajlović, president of the BiH Conference of the Adventist Church, said. “We were a little bit afraid of the prejudice, but it turned out to be the warmest reception so far.” Derventa has a population of more than 11,000 people, but only four Seventh-day Adventists. Yet, “after two days, everyone in the city knew about us. The citizens showed us so much appreciation, waved at us on the streets, and wanted to take pictures with us,” Mihajlović said.

Partial funding for the project came from the Trans-European Division (TED) Mission Board. “I really admire these young people. For six summers in a row, they had given up some of their holiday to invest in other people and the community. They come away from this experience stronger, more sensitive to the needs of others, and they appreciate better what they have,” TED president Daniel Duda said.

Part of the rationale for the TED support is in seeing the value of Adventist and other youth working together toward a positive community goal and to assist in the process of reconciliation, leaders said. “The Invasion of Love mission project is not only an excellent way to demonstrate compassion and break down barriers, but also one of several initiatives across the Bosnia and Herzegovina Conference that involves young people in the larger process of evangelism and disciple-making,” TED evangelism and mission coordinator Anthony WagenerSmith said. “It is really impressive what this small conference does in their environment.”

Leaders recognize that the work in Derventa has only begun and look forward to the challenge ahead. “We made many friends and opened doors to continue our evangelistic efforts, following Jesus’ method,” Mihajlović said. “We have a great vision of turning our old church into [an outreach] center.”