A Ministry to the Homeless Born Out of an Execution

Unusual start helps provide food, clothing, and hope to those who most need them.

Cheryl Dixon-Kinzer (left) and Gary Basham at one of the homeless camps in Nashville. [Photo: Southern Tidings]

A homeless ministry at Riverside Nashville Adventist church in Nashville, Tennessee, United States, is providing those in need with food and clothing, as well as hope for a better life, by showing them the love of Jesus Christ.

The inspiration for Riverside Outreach Services came about three years ago, following the 2019 execution of Tennessee death row inmate Donnie E. Johnson, who had a religious transformation behind bars, became an elder in the Seventh-day Adventist Church while incarcerated, and led prayer services for his fellow inmates. In Tennessee, condemned inmates can spend up to US$20 on a special last meal before they are executed. Johnson refused a last meal and instead asked his supporters to donate meals to the homeless.

“The program was a by-product of Johnson’s execution,” Riverside member Marcus Kinzer said. Kinzer spearheaded the homeless ministry with his wife, Cheryl. “I’ve always wanted to do something for those less fortunate than me.”

Following Johnson’s death, a dinner was held at the church one Saturday (Sabbath) to honor him. Some members took food to the homeless, as Johnson had requested. Kinzer said he and his wife brought several plates to one location downtown and were surprised by the number of people in need of food.

“We called back to the church, and a group of people brought food downtown,” Kinzer recalled. “That’s kind of how we got started.”

Over the past three years, participation in the homeless ministry has grown, with continual donations of food, funds, clothes, and other items. Thousands of meals and essential items, like clothing and toilet paper, have been provided through the ministry.

“My most memorable experiences have to do with the reactions of the people we have helped,” church member Bennie Thompson said. “One gentleman thanked me profusely for a roll of toilet paper! It brought tears to my eyes.”

The ministry at Riverside is among growing efforts to address the homeless problem in Nashville. An estimated 1,900 homeless people live in the area, with nearly 500 chronically homeless, according to a recent report. Homeless individuals like Carl “Pops” Douts said programs like the one at Riverside are lifesaving.

“I appreciate them very much for the food, the clothing, blankets, and other stuff that they bring to everybody,” Douts said. “Recently, Marcus came here with a dump truck full of firewood. They have been a complete blessing.”

For Gary Basham, the ministry gave him not only food and clothes but also hope through a closer walk with Christ.

“I gave my testimony at the church one Saturday, and I could have gone on and on and on,” Basham said. “Marcus and Cheryl and that team, they’re not lifesavers, they’re life givers. Thanks to their prayers, they helped me get off of alcohol. I’ve been sober a little over three and a half years now. I had Stage 4 lung cancer, and because of their prayers, and the healing power of God, it is now in remission.”

And that’s not all. Basham is no longer homeless. For more than a year, he’s had his own apartment in north Nashville.

Cheryl Dixon-Kinzer said praying with individuals, particularly those who ask for it, is a natural part of the homeless ministry.

“We created a circle around him, and laid hands [on him],” she recalled, referring to Basham. “We poured out our hearts and our desires for God to make a difference in his life, and he’s now cancer free.”

The Riverside homeless ministry intends to make a difference in many more lives — tangibly and spiritually. Dixon-Kinzer got a letter recently from a woman the ministry helped in early 2020. The woman eventually became a member of Riverside Nashville and then moved to Seattle, Washington. In her letter, she thanked the group for the assistance it provided in her time of need and enclosed a US$100 donation to assist its efforts.

“Helping people and spreading the Word: that’s what Jesus did,” Dixon-Kinzer said. “We should do the same.” 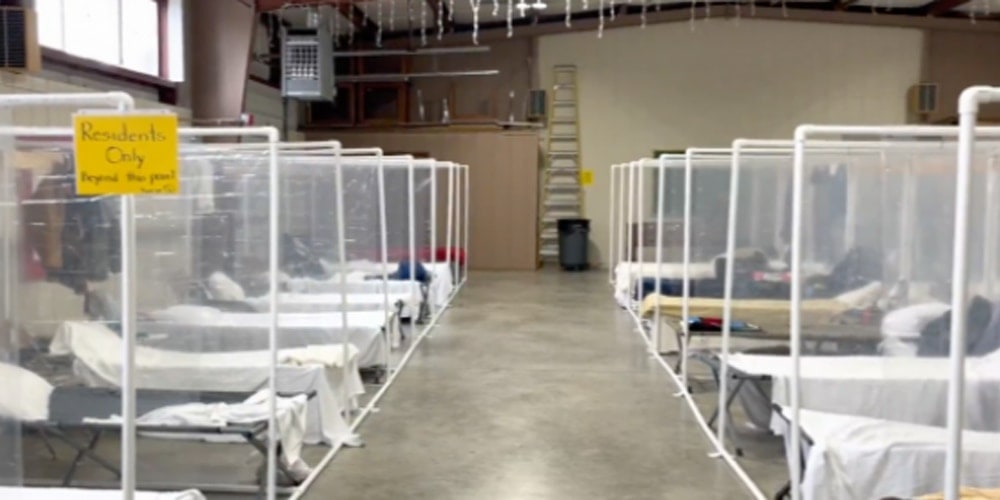