Young people and what happens when we die? 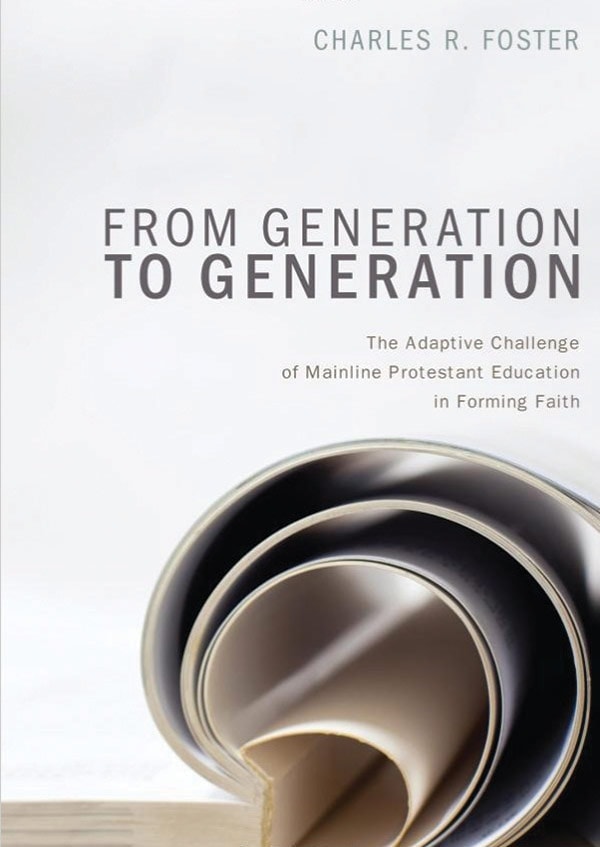 From Generation to Generation is the latest of Charles R. Foster’s published works. Although originally published in 2012, its message for today’s church couldn’t be more relevant.

The author begins by lamenting the passing of the 1950s and early 1960s, when it seemed that young people were well integrated into congregations, and when churches were generally vibrant. Then Foster asks: Why do churches have a diminishing number of young people? Why don’t today’s young people remain active as they grow up? Why don’t pastors and leaders pay more attention to young people?

Answers to these questions allow him to focus on the importance of education in faith formation. The author builds a case toward what he calls “the adaptive challenge,” a reenvisioned education that intentionally forms the faith of children and youth. The challenges Christianity faces today are not unprecedented. Nevertheless, the Bible provides several examples of intergenerational faith formation.

One of these examples is the Passover. As Israelites gathered yearly, they would tell stories and go through rituals that served to remind younger generations about God’s providence and love. Using this prototype, congregations can intentionally include practices that give meaning to the story of salvation and involve young people in that process.

Foster presents three types of learning. First, developmental learning, which focuses on creating content that caters to one’s developmental stage and needs. For example, educators have to be prepared to answer and even encourage difficult questions as children become teens and teens become adults. Wrestling with difficult questions helps shape and grow the faith of both learners and teachers.

Foster’s third type of learning, discovery learning, pushes the boundaries of developmental and practice learning by allowing for the imagination and curiosity of a person to probe and even challenge previous ideologies. Discovery learning allows for freedom to be inquisitive, and even to disagree.

When churches discover their true purpose of being places of empathy, caring, and love, they will naturally seek to impart these attributes to all their participants. When learning and growing are the foundation of a church, intergenerational faith formation happens naturally.

Pastors, parents, and church leaders who care about the  decreasing attendance of youth and young adults in our worship services will find this book helpful in reversing that trend. Through the Valley of the Shadow: The Near-Death Experience Under Scientific, Philosophical and Biblical Scrutiny, ed. Jacques Doukhan, Safeliz, S.L., 2019; 112 pages, paperback. Reviewed by Lisa Beardsley-Hardy.

What happens after we die? Are near-death experiences (NDEs) real? Do the out-of-body experiences (OBEs) you’ve heard of prove that there’s consciousness after death? The personal and graphic NDEs of Ruth Frikart-Moor, related in this book’s first chapter, catapult readers into the topic. Emergency physician Dr. Paul Giem, in chapter two, comments that his clinical experience with patients leads him to consider NDEs to be “overhyped” and not providing “major support of any theology of the afterlife” (p. 35).

In chapter three Dr. Raymond Romond comments on normal and other neurobiological activity in the brain’s temporo-parietal junction that possibly underlies OBEs and NDEs. Brain trauma (oxygen deprivation, neurological seizures, drugs, etc.) may disrupt the normal integration of stimuli from sight, sound, smell, touch, and the proprioceptive feedback loop, and lead to the NDEs and OBEs some recount, e.g., floating or traveling through a lighted tunnel while actually lying in bed. In flight simulation experiments, pilots securely strapped into a cockpit seat can experience OBEs when deprived of oxygen. Romond explains that the brain’s temporal lobe and limbic system are “involved in multiple cortical activities that mimic several NDEs” (p. 66). He offers his own conclusions on what is possible when the brain is dead.

In chapter four physician and theologian Sigve Tonstad analyzes philosophical perspectives from Athens to the present. He argues that notwithstanding their varied motivations—e.g., self-mastery for Augustine, freedom and choice for Eccles and Popper—their philosophical positions are based on dualism and belief in an immortal soul.

In a hard-hitting chapter (five) entitled “Near-Death Delusions,” Clifford Goldstein distinguishes between the experience itself and its interpretation, reflecting on his own OBEs when he was first opening to spirituality. Extending Tonstad’s reasoning, he expounds on why dualism is not only seductive but even diabolical. In light of the great controversy motif and the biblical teaching on death, he asks: “If the dead . . . are in an unconscious sleep until the resurrection, what else could these experiences be but preternaturally inspired phenomena?” (p. 96). He sees Eden’s deception, “You will not surely die,” growing to an apocalyptic crescendo in the final conflict between good and evil. The book concludes with theologian and longtime professor Jacques Doukhan’s effective wrap-up. Doukhan lays out the biblical perspective on what it means to be human, and to die. Resurrection, he posits, is God’s thorough solution to the human problem of death.

Through the Valley of the Shadow is a volume thoroughly relevant to its time. Its authors deserve commendation for their effort, and its potential readers are in for a vital lesson—pun fully intended.