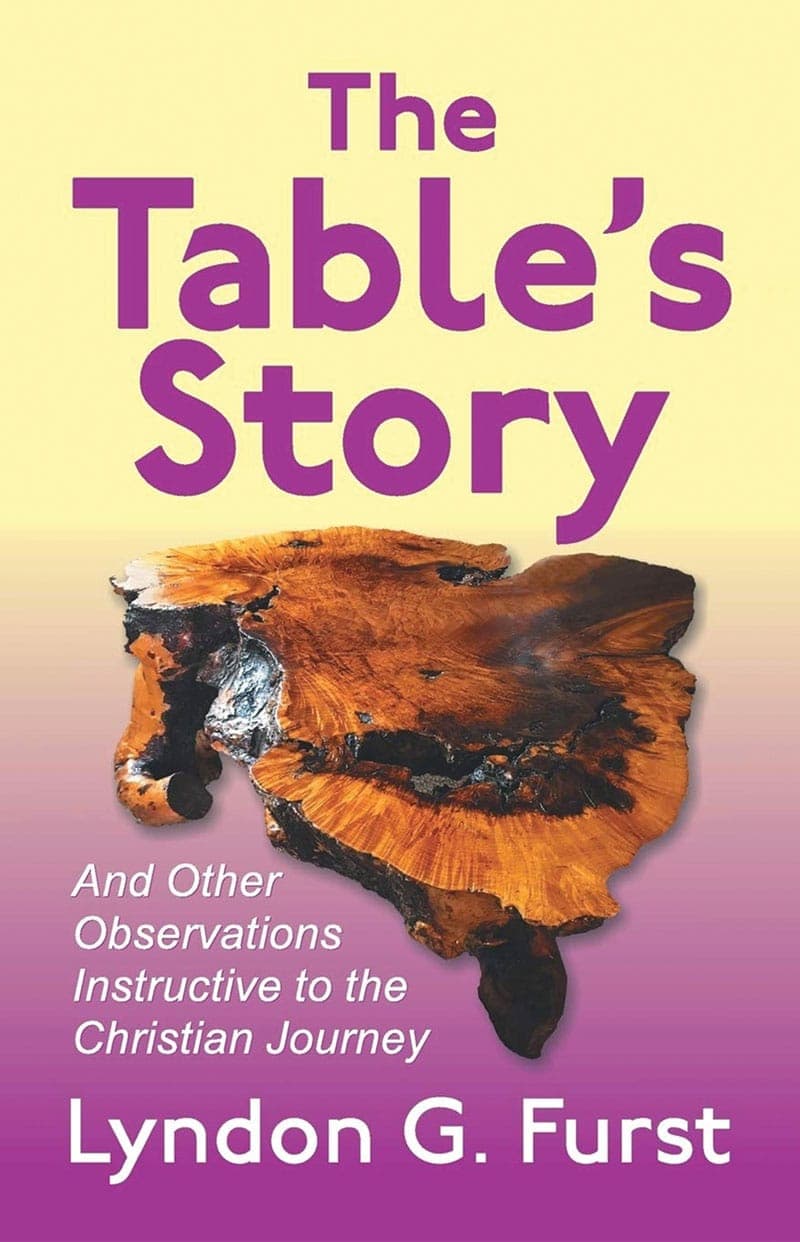 The Table’s Story: and Other Observations Instructive to the Christian Journey

When veteran educator Lyndon “Jerry” Furst began writing The Table’s Story, it wasn’t going to be a book, just a weekly blog for the bulletin of the All Nations church, of which he was a founding member, at the request of his pastor. As a fellow academic, Pastor McLean was acquainted with and admiring of Furst’s intellectual and professional record. But more particularly, McLean had been following the regular commentary on current events that Furst wrote for the Berrien Springs weekly newspaper, The Journal Era. Admittedly, 31 of the book’s 52 stories never made their way into the church bulletin blog. But the blog remains the identifiable spark that led to the book of which they now are all a part. Their inclusion is because they partake of the same spiritual soundness as other pieces that there appeared. Like the blog articles, they all offer lessons of devotional value. Walter Douglas’s introduction to the All Nations church (pp. xii, xiii) provides background on the congregation that received Jerry Furst’s short stories

Dates included for all the stories that appeared in the church bulletin blog show that their appearance spanned a period of almost two and a half years, from January 2015 to May 2017. The story topics engender significant intrigue: “At What Table Do You Sit?” Or “Johnny and the Chocolate Pudding.” Many titles disclose Furst’s familiarity with the King James Version of the Bible, e.g., “The Wicked Flee,” which turns out to be that amusing story’s climactic and ironic punch line. Indeed, all the stories but one, “Lessons From the Life of Shamgar,” have a concluding, biblical punch line text taken from one of five different Bible versions, mainly the KJV, NIV, and NKJV, but also from the ESV or NLT. Other chapter titles drawn straight from KJV scriptures include “Lean Not on Your Own Understanding,” “Which the Wind Drives Away,” and “Seeking Whom He May Devour.”

Furst has done a good thing for storytelling: narratives are light, simple and spare, regardless of the seriousness of the matter addressed, be it diversity, inclusivity, equity, church order, or faith and science. Stories are methodically pointed, consistently employing scriptural conclusions that illustrate the Bible’s ubiquitous relevance, without ever approaching a burdensome moralizing tone.

And whereas Furst has done good for stories by his storytelling, readers will do good for themselves by seeking out his storybook for the breadth of its practical instructiveness—an entire year of stories, one per week, plus one! Follow the organized sequence or start where you wish, for each story stands on its own. Begin, perhaps, with the title piece, “The Table’s Story” (p. 26), and find a new application—upside down!—of Jesus’ parable of the talents.