This World Is Not Our Home

"Far Away From Home" is actually two stories—one about the author and the other about his father. 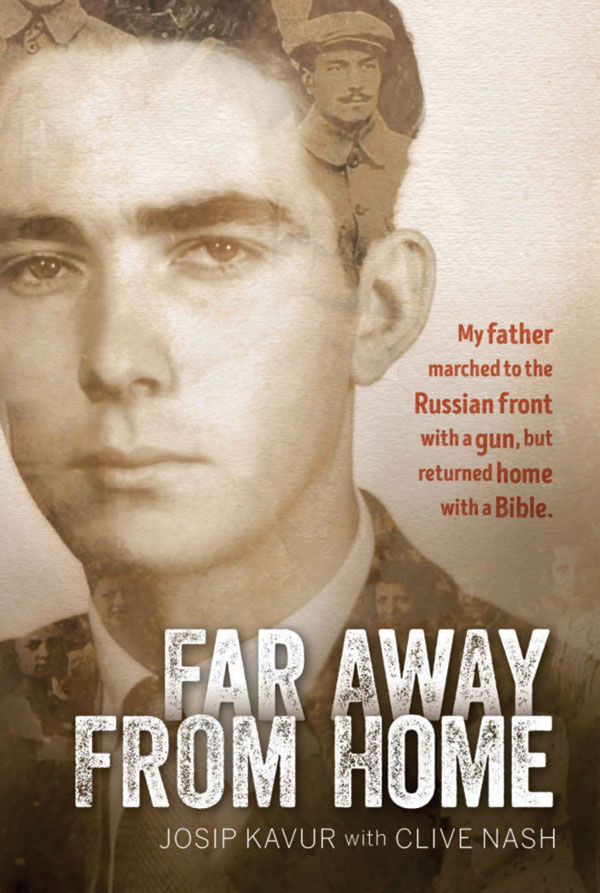 Subconsciously we all know that we’re pilgrims. We call Earth home because it’s where we have our roots. But for those who, whether voluntarily or involuntarily, are transplanted to places and situations they could never have imagined, being pilgrims is more than theoretical.

That’s the narrative in Far Away From Home, the story of Josip Kavur and his father, Mirko. The story begins during World War I, in a part of Europe where boundaries were redrawn (and still are) based on the victories and defeats of Europe’s military powers. Most of the book is set in the Balkans (Macedonia, Hungary, Serbia, Slovenia, and Bosnia and Herzegovina)—countries that were part of a tug-of-war between European empires for most of the twentieth century.

Far Away From Home (at least the first half) is actually two stories—one about the author and the other about his father. One is about the challenges faced by Adventists during World War I and its aftermath, and the other about World War II and Christianity after the appearance of Communism. Their stories and the challenges they both faced were separated by decades, but the issues that motivated them were remarkably similar. They both had to serve God and attempt to stay neutral in the midst of national, religious, and political pressures.

A significant element in each story is evangelism, and the hardships endured by different members of the large family to share the good news of God’s love. The themes of these stories—faithfulness, sacrifice, risks, and rewards—are just what readers would expect from such a book. They won’t be disappointed.

The family’s escape from tyranny and oppression to a life in which they could live and worship in freedom is one that echoes the headlines and newsfeeds often seen today. This book is a reminder not to take for granted the freedoms we enjoy. It is also a challenge to take seriously the truths on which our faith is founded. People in many parts of the world have fewer freedoms, making their faithfulness all the more remarkable.

Readers of all ages—from teens to seniors—will appreciate the stories and lessons communicated in this book. All will be challenged to set their sights on the “city with foundations, whose architect and builder is God” (Heb. 11:10).

closer-look
With What Lenses Do We See?
It is not uncommon for a reader to read through the lenses of their own culture.
closer-look
The Final Hope
Best-selling author Clifford Goldstein has written another book for friends...
Commentary
Meditation on a Dead Star
It’s time to start living for God in the now.