Reflection on new musical CD and powerful book about Holocaust survivors and rescuers. 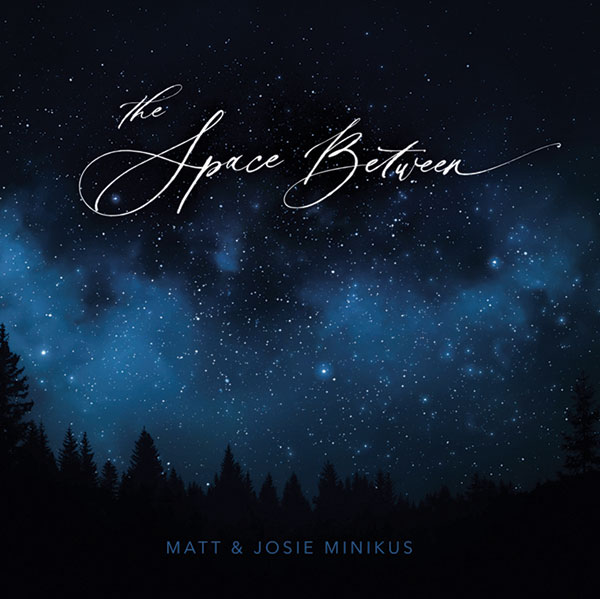 The Space Between, Matt and Josie Minikus, 2020, available on iTunes, Amazon.com, and at www.mattandjosieminikus.com. Reviewed by Gerald A. Klingbeil, Adventist Review.

I first heard Matt and Josie Minikus, husband and wife, singer/songwriter duo, in the age of COVID. A relative sent me their latest release, The Space Between, as an early birthday gift. I fell in love with their acoustic-driven, harmonic, often deeply personal music. Eight of the 12 songs on the CD (or download, if you prefer) were written by Josie, who sings and plays the piano. Matt plays the guitar and a string of instruments, including piano, percussion, ukulele, banjo, bass, and some I had never heard of before. (Do you know what a shruti box is without googling it?)

Matt and Josie, married for 12 years, have voices that complement each other wonderfully. The words of their songs appear to be reflections on personal issues, though the CD doesn’t offer additional context. In “Blessing in the Tears” Josie notes, “Where the path leads I do not know, with all its twists and turns, but I’ve discovered in the unknown, lessons I must learn, and that the darkness, walked with Jesus, is as priceless as the light found.” Words in “The Space Between” reflect on the distance—both physically and emotionally—we often sense in our relationships. “I hear your voice over the phone, see you hazy in the screen, but I long to take you in my arms, and not just in my dreams” could have been written specifically for all of us experiencing the social (and emotional) distancing of the COVID-19 pandemic.

“All the Time in the World” sounds different from the other songs. The lyrics are profound and pertinent, yet the music feels more playful, using ukulele, banjo, bass, and percussion. “What’s your worry?” Matt and Josie sing. “Why the big hurry? I’ve got all the time in the world, so why don’t you let go, of what you can’t control?”

Each song feels like part of a larger conversation between Matt and Josie. In “Together,” Josie notes that “you didn’t promise me a mansion, you didn’t promise me a home, told me we were pilgrims here, so we’d have to roam, you didn’t promise it’d be easy, told me life was going to change, you promised me adventure, that you would keep me safe.” The song is a reminder that marriage can only be lived together—in good and bad days. I especially liked the haunting fiddle played by Joni Owen on this song.

You will not appreciate The Space Between while vacuuming your home—you will need to listen carefully, pay attention to the lyrics, and allow the music to take you on a journey that finally leads to my favorite song, “Let Jesus In.” Piano-driven, with an evocative cello line played by Dale Bradley, the Minikuses sing, “Let Jesus in, let Jesus in, let Jesus into your heart, don’t turn Him away, don’t wait another day, let Jesus into your heart.” That’s a good ending for all journeys. 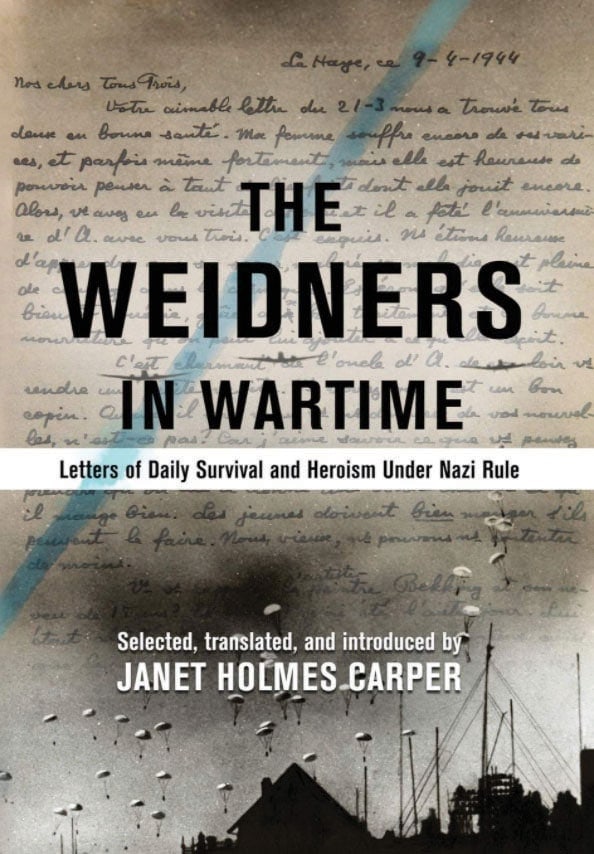 I first met John Weidner in the mid-1980s in Washington, D.C. It was the last large meeting ever, not just of Holocaust survivors but of their rescuers as well. Weidner was one of those honored. As many know, John Weidner had, at great personal risk and cost to himself, created an underground network that saved more than 3,000 people from the clutches of the Nazis.

Much has been written about John Weidner and his family, but the book The Weidners in Wartime: Letters of Daily Survival and Heroism Under Nazi Rule is one that he and his family “wrote.” It’s a collection of letters between family members (John, his sisters, parents, and fiancé). As letters, they offer a powerful peek into the lives of ordinary people, talking about ordinary things (mostly but not always), yet involved in extraordinary endeavors (some letters use code words because of censors). Nevertheless, they offer original material, primary sources into the lives of some amazing people during one of Europe’s darkest periods.

Though some letters were written before the war, most were written during it, when they were working to save everyone, from Jews to downed Allied airmen, from the Nazis, even though there are never direct references to it in the letters, which is not surprising. We see the struggles of everyday life, for example, when Gaby, John’s sister, living in occupied Paris, writes to John, “Starting tomorrow we will have ration cards for bread (350 grams), sugar (550 grams), soap (125 grams).” When we realize that there are about 453 grams in a pound, we can understand the privations.

Despite the extraordinary circumstances, we see their ordinary struggles and challenges and joys, such as when Gaby writes to John, “I don’t know if I can still talk to you about my love life! which basically isn’t a love life, but only an affair of the mind,” as she tells about a young art teacher, recently baptized, whom she likes.

We also have a letter Gaby wrote to her parents, expressing concern for their health and saying also, “Thanks for the pasta and the apple syrup.” Two days later, after a woman in their group, tortured by the Gestapo, gave her up, Gaby was arrested. One letter remains from when she was in prison. In it she asks for some things to be sent to her, including “some darning cotton, in the sewing kit in the drawer of the serving table, but not the scissors, and my glasses.” They never heard from her again.

If you’re looking for some wartime thriller, The Guns of Navarone or the like, The Weidners in Wartime is not your book. But if you’re looking for an intimate peek into the daily lives of people just like us, doing things most of us will never be called to do, you have a fascinating read ahead of you.

Letters
Inbox
A Path to Trusting God | The Junk Collector | Turning the World Right Side Up | From a Longtime Reader | Wrestling With Prayer
Profile
A Behind-the-Scenes View of the Senate
Brian Peoples shares how Union College education prepared him to succeed.