What Scripture Says About the Environment & Political Theology in a Fractured World. 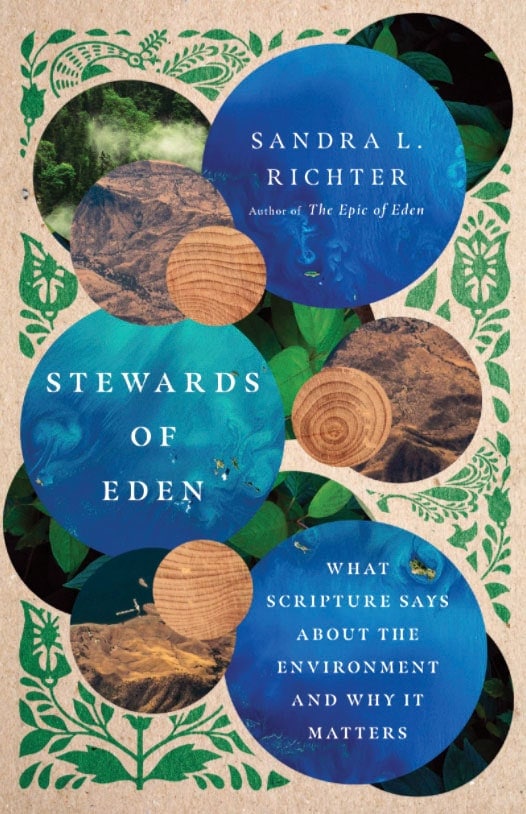 Stewards of Eden: What Scripture Says About the Environment and Why It Matters, Sandra L. Richter. InterVarsity Press, 2020, 158 pages. Softcover, US$22.00. Reviewed by Lael Caesar, Adventist Review.

Sandra Richter’s work outlines her personal discovery of the biblical teaching on the value of God’s creation, and two of the teaching’s major moral consequences.

First, her obligation to share that truth with her spiritual community, remarkably uninformed on what the Bible says about the stewardship of nature. Richter the discoverer is Richter the Christian theologian who, at the time she wrote this book, was chair of the Department of Biblical Studies at Westmont College, and a member of the Committee for Biblical Translation of the New International Version of the Bible.

Second, the obligation to conduct a campaign on behalf of her God, on behalf of His Word, through informing all and sundry of the body of truth that she, an evangelical scholar, keeps discovering in the Bible about caring for the earth. It was more than just a message that God also cares. It was the terms of God’s original covenant with adam (humanity); of what environmental faithfulness or otherwise means to every member of the human race, including widows and orphans; of the incomprehensibility of the New Testament and the new covenant without a clear understanding of Old Testament references to judgment and the day of the Lord. Richter came to see that, biblically speaking, her faith as an Evangelical Christian needed to begin with Genesis, Eden, and humanity’s duty and privilege to care for the earth.

In 2005, when Richter gave her first public lecture on environmental stewardship, her cause was by no means as respected as she herself, the Harvard Ph.D. theologian, was. She knew that “in central Kentucky in 2005, this was not a topic the church talked about” (p. 5). As she pored over her Bible, opportunities arose to teach what she was learning. She tells of her theological discoveries as well as her academic opportunities. She made promoting the biblical Christian’s responsibility to the earth her running campaign. It became her career.

The ideas and convictions she lays out in Stewards of Eden provoke their fair share of questions. Why the inverted commas around the word week (“week”—p. 7), when she speaks of the first seven days of Genesis 1, 2? Is it because the weekly Sabbath is only something God gave to Israel at Sinai (pp. 30ff.)? Again: is her commitment to environmental stewardship a woman thing? She speaks of her pioneering partnership with Kristen Page at Wheaton College; of the courageous leadership of Christine Pohl at Asbury Theological Seminary. Blurbs at the front of her book identify an unusual proportion of female supporters, implying a double encouragement to theology’s fraternities to (1) care as much for God’s earth as such women as Sandra Richter do; and (2) fix Christianity’s theological enterprise so women may receive the intellectual and moral respect they deserve as sharing equally with males the image and likeness of God. Even if this is a latent function of Richter’s work, it too points to God’s flawless Edenic shalom. For both its explicit and implicit teachings, Richter’s work deserves our attention. 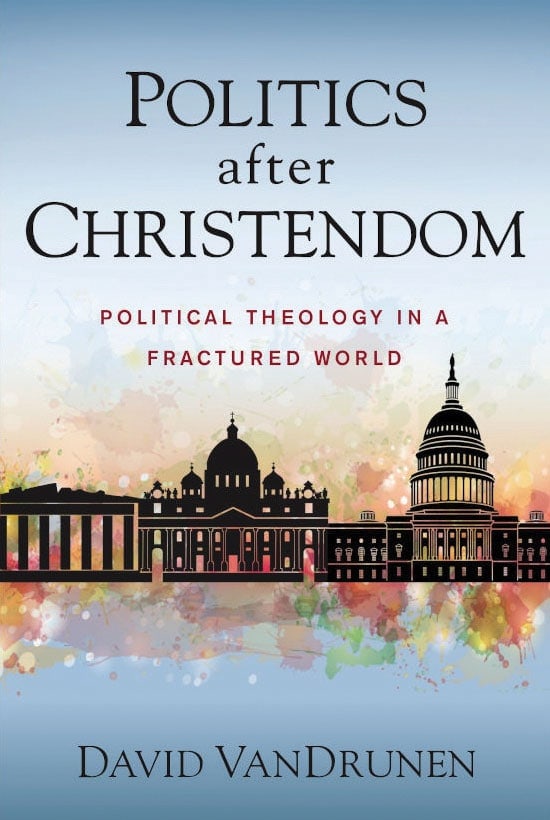 Living in a Post-Christian World

Politics After Christendom is a scholarly work. Once readers get past that, and the fact that it was written by a professor of Theology and Christian Ethics who is both an attorney and a theologian, the journey offered in this book is both challenging and faith-building.

The book’s premise is that God’s people throughout the centuries have always been “sojourners and exiles,” always on the outside looking in. The author contends that when believers begin to be institutionalized, they cease relying on God to guide them into the future. The more they put down roots, the more they tend to create a society that seeks to impose its values on everyone else, believers and nonbelievers.

While examples can be cited from millennia past, VanDrunen’s primary interest is in the Western church, especially since the Enlightenment. As Christianity continues to lose its influence to science and secularism, he offers an optimistic formula for remaining relevant in a society that seems to have less time for God.

His prescription is to remind ourselves of four principles.

The first is natural law, based on Creation, on which the values of right living are founded.

The second is based on Augustine’s classical idea of “two cities,” one inhabited by Christians and one by unbelievers.

The fourth reality is God’s desire to covenant with His people.

These principles form the basis of Christian interaction with the world in which we live. They create situations in which the church can’t be satisfied living in isolation, seeking to vaccinate itself from the world’s influences; nor can it seek to impose its will on society, hoping to stamp out worldly influences. This book is about engagement: recognizing that Christianity is only irrelevant to the extent that it fails to engage with society around it.

In Politics After Christendom, the author reminds us that as long as we are in a covenant relationship with God, we have a message that will never cease to be relevant.