A Quick Survey of the Old Testament

There is gospel in the Old Testament. 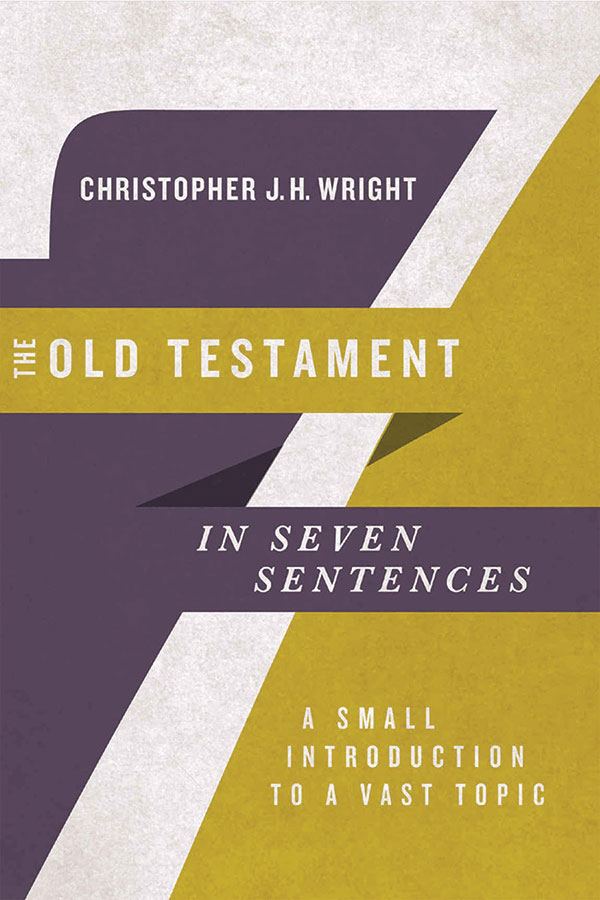 Wright’s chapters use terse titles to convey his focus: Genesis, Abraham, Exodus, David, Prophets, Gospel, Psalms, and Wisdom. That’s it. Each chapter is supported by a Bible text whose particular message captures some recognized value of Old Testament history and theology. As the chapter titles indicate, the book begins where the Bible begins—with God beginning life on the planet. Wright’s text for his first chapter is the Bible’s first verse. He proceeds from there to another beginning, with Abraham, through whom God starts to establish a holy nation of people on earth. His text for the Abraham chapter highlights the Christocentric character of his Old Testament reading: “All peoples on earth will be blessed through you” (Gen. 12:3).

Wright claims that his chapter 4 was the most difficult to settle on. His choice of focus there is consistent with his earlier selections, giving narrative and theological centrality to that chapter’s numerical centrality—fourth of seven. And he builds to it: through the Exodus, God’s great, historical liberation and the focus of chapter 3, God provides His own powerful representation of His ultimate liberating action.

Wright progresses from Exodus to David, from God freeing His people to setting them up as a nation, from a people of enslavement and wilderness wandering to an everlasting dynasty named after David. He justifies selection of David as the best axis for traversing Israel’s lengthy history from exodus to exile and return. It is a deserving choice for the book’s structural center, because Jesus Christ, seed of David and true king of the eternal Davidic dynasty, is how God keeps all His promises to the world.

Beyond David there are two chapters on prophetic literature, and a concluding focus on the Psalms. The book ends with 34 discussion questions on its span of themes, three and a half pages of endnotes, and three and a half more that index scriptures cited throughout the book.

Perhaps the most significant counsel Wright gives in this Old Testament introduction is that there is gospel in the Old Testament. Two of the more reasonable queries he should hear involve his uncertainty about dating the primal history and how he balances Old and New Testaments. The former suggests that he may be dubious about the careful genealogies of Genesis 5 and 11. As for the latter, Wright describes the entire Bible as a seven-act drama, with the Old Testament occupying three of those acts. Why only three? I wonder, seeing that the Old Testament is approximately 75 percent of the Bible. It is a small question, and one that should in no way diminish or distract from all the good that Wright here contributes toward intelligent Bible study.