A Traveler’s Tale & The Word and Way

Book review time! A thrilling story of a literature evangelist & finding timeless truths of the OT as they appeared in the NT. 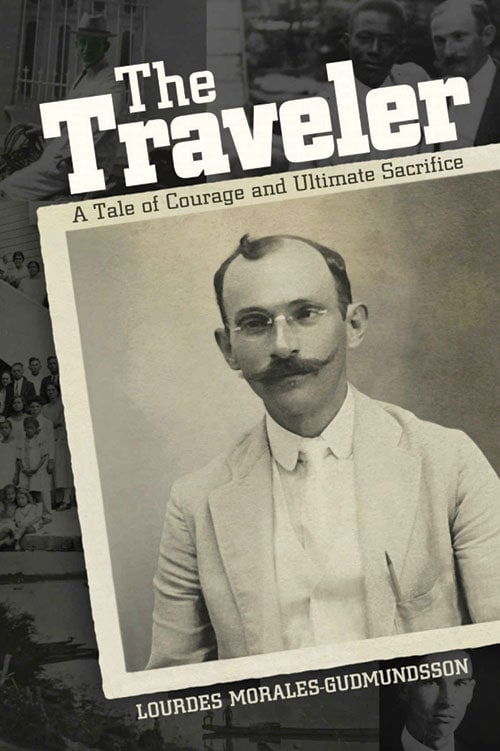 If you don’t know the name Rafael Lopez Miranda, you’re not alone. His story is not well known; his name is not one that is likely to be found in Adventist histories of Latin America.

But thanks to his granddaughter, Lourdes Morales-Gudmundsson, we have the thrilling story of a man who embraced life and was tireless in his attempts to share the story of God’s love as a colporteur (literature evangelist).

Miranda was born in Puerto Rico, and his brushes with sharks and lions as a boy make this a particularly thrilling read for preteens and teens. But his journey through courtship, marriage, conversion, and his call to ministry make it a story that readers of all ages will find inspiring.

Morales-Gudmundsson’s telling of Miranda’s story is rich and nuanced. It’s a quick read because the narrative flows easily, enhanced by realistic and dramatic dialogue. The author doesn’t get bogged down in details that would take readers on useless detours. In addition to telling the story of one man’s faithfulness (along with that of his wife and their families), the author gives a glimpse of the way the church’s mission was guided in the early nineteenth century by native and foreign-born administrators.

The book is a chronicle of Miranda’s desire to take the gospel to places it had yet to reach. His journeys took him first to Puerto Rico’s many towns and villages, then to Venezuela; and not to just its cities, but to its jungles, where travel was perilous. He was often protected in ways that can only be described as supernatural.

Morales-Gudmundsson, a professor in the Department of World Languages at La Sierra University, has told a story in the best tradition of Adventist authors who have told the stories of such Adventist mission icons as the Stahls, the Halliwells, the Hares. The fact that her story is about Rafael Lopez Miranda, a nearly anonymous colporteur, shows that we as individuals don’t have to be part of the mission establishment to share the love of Jesus with others.

With the gift-giving season on the horizon, this would be a great book to slip into someone’s stocking. Who knows how the recipient will be inspired? The Word and Way

Hearing the Way: What the First Christians Heard in the Story of Jesus, Kayle B. de Waal, Signs Publishing, 2019. Softcover, 137 pages, US$9.99. Reviewed by Stephen Chavez, Adventist Review.

Kayle de Waal has a burden for Scripture. His burden is, first, that Scripture be understood in the context in which it was written; and second, that it be applied to the setting in which we read it.

This is the premise of de Waal’s latest book, a book that seeks to identify the timeless truths of the Old Testament as they appeared in the New Testament. In the process the author unpacks how God’s salvation story—originally recorded in the Old Testament—was reinterpreted by New Testament writers, particularly Matthew, Luke, Paul, Peter, and John the gospeler and revelator.

This is not a book that one would read for pleasure (however interested some may be in New Testament literary styles and structures). Although it’s written with a vocabulary that most nonscholars will understand, a careful reading of this book would be most profitable with a highlighter in hand, or with a pad and pen for taking notes. It’s not hard to understand; it just requires more than a casual reading.

The author, head of Avondale Seminary and senior lecturer of New Testament at Avondale College of Higher Education in Australia, is well equipped to identify and highlight the many themes and references New Testament writers used to emphasize the “way” God led in the Old Testament; and how the life, death, resurrection, and second coming of Christ fulfills God’s way of salvation. Indeed, early Christians were identified as following “the Way” before they became known as Christians (Acts 9:2).

As an interpreter and identifier of the New Testament’s great themes, the author has done a magnificent job. Readers will come away with their appreciation of the New Testament greatly enhanced. One quibble with the book is that in only one chapter does the author directly mention biblical principles as an antidote to a world that, by his own admission, is post-Christian. While it’s admirable to mine the Scriptures for gems that sometimes lie slightly below the surface, one major value of the Bible today comes from its obvious application to modern life situations.

Still, Hearing the Way is a marvelous book for those who want to take a deeper dive into the great themes and structures of Scripture; and that includes pastors, Bible teachers, Sabbath School teachers, and any others who are passionate about the Bible. This book’s author is passionate for the Bible too, contagiously passionate.